This February, we here at Famewatcher are all about what your favorite celebrities are wearing. We’ve already written a post entry on some famous men and women who wear Belstaff leather jacket as well as those who love them their Ferragamos. This time, let’s check out some celebrities wearing BLK DNM leather jackets.

Let’s begin our list with Big Sean (full name: Sean Michael Anderson), seen here with Glee actress Naya Rivera, looking sexy hot wearing a BLK Denim leather biker jacket. Pic was taken in Hollywood during the 2013 premiere of the baseball movie “42” which starred Chadwick Boseman and which went on to make nearly US$100 million at the box office. The price tag for Big Sean’s leather jacket, according to Upscale Hype, is $795. 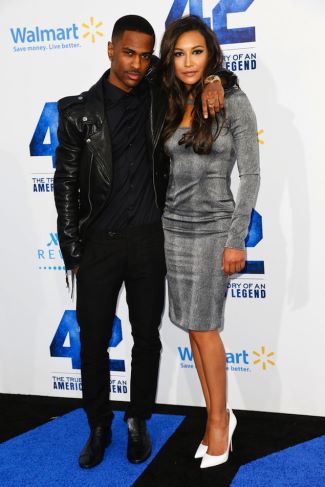 Emma Watson at the Valentino show during the Paris Fashion Week – Haute Couture Fall/Winter 2014-2015 which was held at Hotel Salomon de Rothschild in Paris, France. 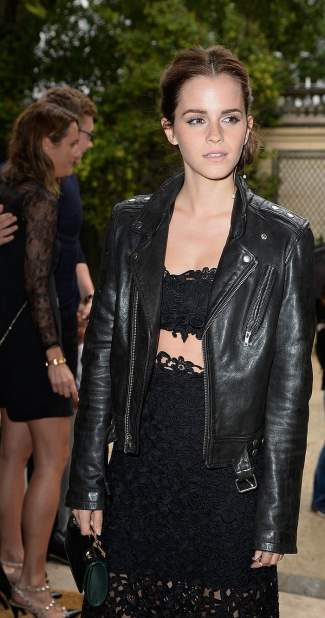 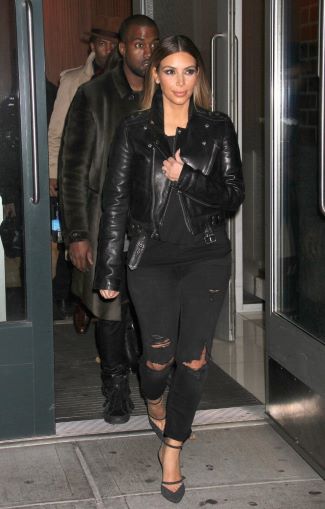 Pete Wentz at the red carpet during the 2015 People’s Choice Awards at Nokia Theatre in Los Angeles. 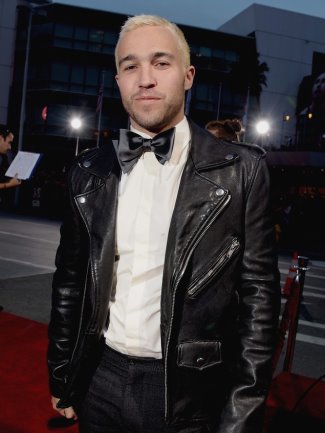 Jay Z wore a BLK DNM leather motorcycle jacket in the video for his hit single “On The Run”. That’s Beyonce, of course, riding behind him. How much is this outfit? It’s price tag is $895 according to Upscale Hype. 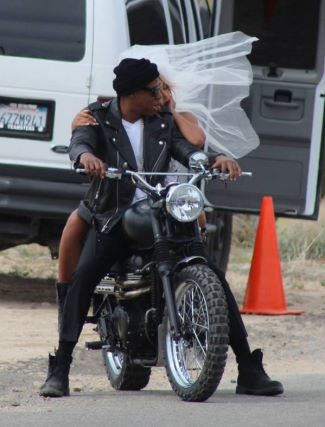 Who says artists do not know what’s stylish and chic in fashion? Not Aaron Young who’s seen here looking cool wearing a brown BLK DNM leather jacket while enjoying the breeze at the beach. Look at them hair!!! So badass!!! 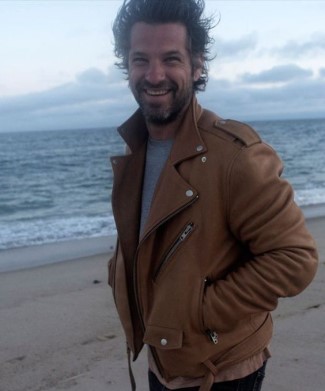 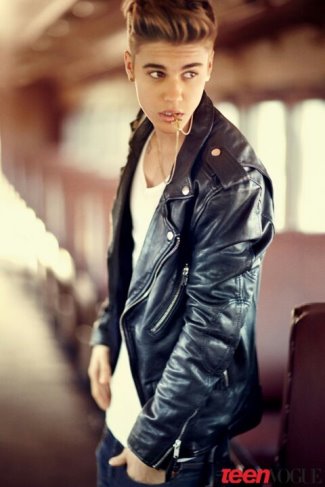 BLK DNM is a really new brand launched just four years ago in 2011. Amazing how the owners managed to establish themselves and build a clientele in the competitive fashion industry. Congratulations to them!