There Goes the Neighborhood: CBS Reality Show (posted 28 July 2009). Apparently, the reality genre isn’t going the way of the dodo anytime soon. Simon Cowell will continue to make millions. Cheryl Burke will continue to Dance With the Stars. Shaquille O’Neal is starting his own reality show, Shaq Versus. And CBS is going to pit families against each other in There Goes the Neighborhood.

From a CBS release about the show: “In what promises to be the ultimate social and family bonding experiment, the actual homes will be cut off from the outside world as it becomes family vs. family in a competition to win upgrades for their lives and their homes.”

More from the press releas: “With virtually no electricity and no ability to text-message, watch television or surf the Internet, these families will be forced to reconnect and work together as a team. For the duration of the competition, the eight homes will be surrounded by the daunting 20-foot wall with no way in or out.”

Does this remind you of that M. Night Shyamalan movie starring Ron Howard’s daughter? 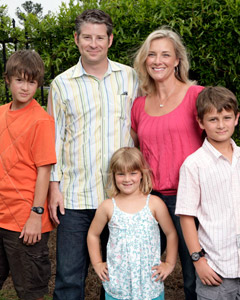 Schindler Family: The Schindler family should be interesting to watch in The Neighborhood because the parents come from different faith traditions. It’s an inter-faith marriage: the father David is Jewish while the mother Christina is a Christian. How these two (and most especially their kids) live with and reconcile two different faiths should be worth watching.

I have a friend whose dad is Catholic and whose mom is Methodist and who fought on Sundays as to the church service they should attend. Looks like there’s nothing like that in the Schindler family because they’re all apparently active in their local temple.

Bussiere Family: Cute kids. Nice bald on the dad. Mom and grandmom look cool. This is what we’d call a “good old American family”. Oh, we love that the grandmom’s with them. 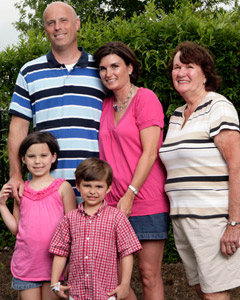 DeGirolamo Family: Okay, so we’ve meet the three-generation Bussiere family. Now, let’s meet the DeGirolamo family. The dad reminds us of Steve Wozniak who we were cheering for in Dancing With the Stars. 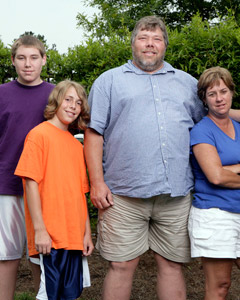 Johnston Family: Say “Hi” to The Johnston Family, a family with a straight-A kid. Good for you, kiddo. We hope your participation in this reality show won’t affect your grades. 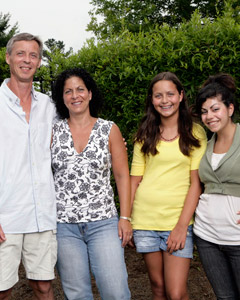 Mullennix-Goff-Hatcher Family: The Mullennix family appears to have the most compelling back story in The Neighborhood. Props to Chris for taking care of her brother’s son; I guess she also adopted him because he is now listed by CBS as a “son”.

Props also to CBS for casting a lesbian couple. And its a Georgian neighborhood too. We wonder how those “family values” hyprocrites will say about that. We want to cheer for this family so we’re hoping that they’ll turn out to be good people. Oh, is it me or does one of the partners (we don’t know which is Chris and which is Renee) look like Joy Behar? 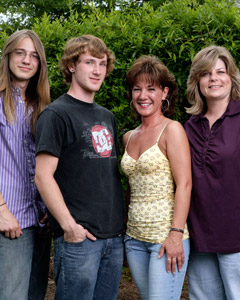 Nelson Family: Famewatchers and soon-to-be-watchers of CBS’s There Goes the Neighborhood, it’s time to meet The Nelson Family. They have a cute kid named Jackson who wants to be an oceanographer. Cool kid. Go for it, Jackson! 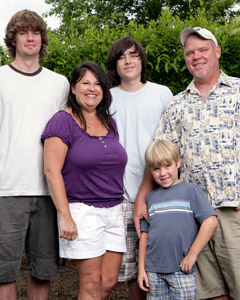 Southey Family: There Goes the Neighborhood has got itself a two-person family in The Southeys. We hope that whatever it is the participants are made to do in this show doesn’t involve a lot of physical stuff because the Southey Family will be grossly disadvantaged going up against other families with more members like, say, The Nelsons or The Mullinexes. 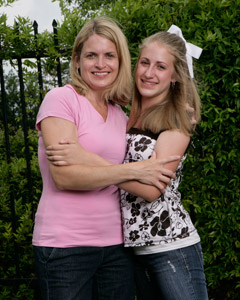 Upshaw Family: The casting people for There Goes the Neighborhood are kind of lucky with the families they roped into their show. Granted it’s still a largely white cast (what, no Asians or Latinos in your neighborhood?) but they do have a lesbian couple, an interfaith couple, a three-generational family, a mother-daughter household as well as your “standard/conventional” families like The Nelsons The Johnstons, and The DeGirolamos. 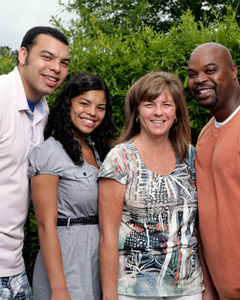