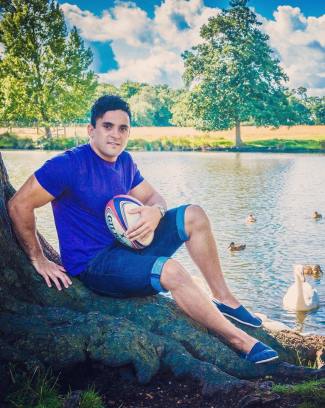 Sam Stanley Boyfriend Laurence Hicks and Shirtless Photos. By now, you’ve already heard the coming-out story of Sam Stanley, the British rugby union player who came out as gay just a few days ago. When our friend, Kevin, first heard of the news he admits that the first thoughts that came to his mind are “Is this rugby player hot? And does he have a boyfriend?”

Well, the answer to Kevin’s two questions are “Yes” and “Yes”. There is no doubt that the rugby player is hottie hot hot. There is no doubt too that he has a boyfriend. Media reports identified the Sam’s beau as Laurence Hicks. Here’s a photo of the lovebirds during a Bette Middler concert: 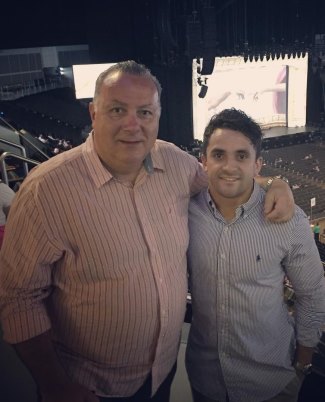 And here’s Sam and Laurence during an end of season awards dinner. 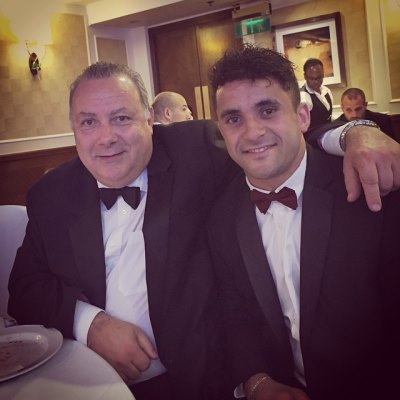 Sam Stanley Boyfriend Laurence Hicks. What does Sam Stanley’s boyfriend do? Is he like one of them WAGS who do nothing but follow their husbands/boyfriends around? Nah, we gathered from the internets, that Laurence is a travel executive. 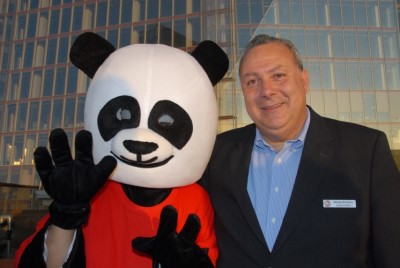 Specifically, he is the director of holiday rentals for a company called CLC Leisure. A few years ago, he was quoted by a news report voicing out his criticism for an ad campaign because of its “patronizing” tone. From travelmore.com:

Laurence Hicks, director of holiday rentals company CLC Leisure, which has properties in Cornwall and Scotland as well as overseas, said the money would have been better spent encouraging foreigners to holiday in the UK.

He said the “Holidays at Home are GREAT” TV ads, which feature celebrities including Stephen Fry, Julie Walters, Michelle Dockery and Rupert Grint had not been well thought out.

“I particularly resent the patronising tone of the TV ad which suggests that we are somehow unpatriotic or thick for booking a holiday abroad this year,” said Hicks.

“The fact is that people on tight budgets are more likely to be able to afford a holiday abroad than at home. Take any relevant indexes- consumer prices, groceries, restaurants, hotels – and the UK is much more expensive compared with popular overseas destinations such as Spain or Turkey.”
…
“The money would have been much better spent on trying to attract more well-heeled foreign visitors here.”

According to Gay Star News, Laurence has two grown up kids in their 20s fro a previous relationship.

Public Support for Sam Stanley. Since his coming out, Sam has received the support of his teammates and the public. He tells the Thurrock Gazette:

The reaction I’ve received has just been so overwhelming. I had wanted to do it for a while because I’ve been comfortable about it in myself but the first step was to tell my team-mates at Ealing Trailfinders.

“t would’ve been too stressful to tell them all individually so I sent it out as a broadcast message on WhatsApp. You fear that you’ll become an outcast and all kind of other things but none of them really batted an eye-lid to be honest.

They all took the news really well and I certainly feel a lot more confident about myself now.

His club, tweeted their support for Sam. Read:

Proud and honoured to have @Stanley_13 as part of our club #ShoulderToShoulder https://t.co/Tf9FKJoZXF

Sam Stanley Shirtless Photos. For those of you looking for Sam Stanley shirtless photos. 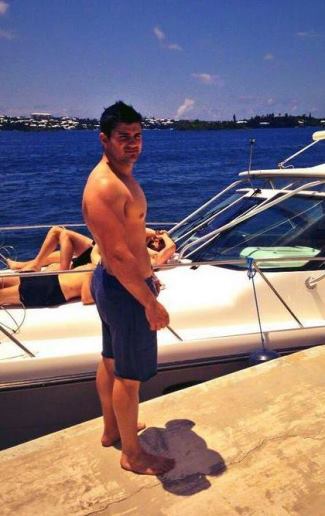 At the beach with boyfriend Laurence. 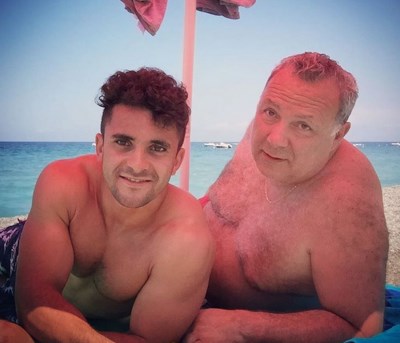 Let’s end this post with this video of Sam telling his story being a closeted rugby player, the liberating effect of coming out, and the support he has received from his rugby teammates and bosses. Watch: