Says Didi on Wayne’s hair transplant which prompted him to undergo a similar hair transplant procedure: “I remember thinking when he had his hair done ‘Good for him – he wants to look better and isn’t afraid to tell the world about it’.”

After his own hair surgery, Didi – like Wayne – “came out” to talk about his new hair look: “I’m the same. I am happy to go public and make clear that you can really benefit from giving nature a helping hand. It didn’t bother me too much when I was playing but my career now is in the media and it is important that you look good.”

Giving nature a helping hand is our new motto. Hehe. In fact, it should be our motto not only when it comes to the way we look but also when it comes to more critical issues such as climate change, garbage management, over-fishing, over-hunting, and any excessive use of environment resources.

But let’s go back to the topic of this post — the Didi Hamann hair transplant. Apparently, the German football star’s baldness is genetic and he started losing hair eight years ago when he was still playing professional football.

Here’s Didi on his male pattern baldness and why he decided to go under the knife (via Daily Mirror): “I started losing it when I was still playing. It happened very gradually and I would notice I was getting thinner around the temples and the front of my hairline. It didn’t bother me too much when I was playing but my career now is in the media and it is important that you look good. You owe it to the viewer to take care of your appearance. I have seen how the technology has developed and there are now simple ways you can address the problem and restore your lost hair.”

Didi Hamann Hair Transplant Doctor. For those who are wondering, Didi’s hair surgeon is Dr. Asim Shahmalak of the Crown Clinic in Manchester. As we mentioned in an earlier post, Dr. Shahmalak the doctor who did the fabulous Calum Best hair transplant.

Didi’s hair surgery involved a Follicular Unit Extraction (FUE) procedure where around 4,000 individual hairs were transferred from “the back and sides of his scalp to his temples and the front of his hairline”. A follow-up procedure, where more hair will be moved to balding areas, will be undertaken if necessary.

Didi Hamann Hair Transplant Before and After: Let’s start with the “before hair transplant photos”. He sure has a receding hairline. 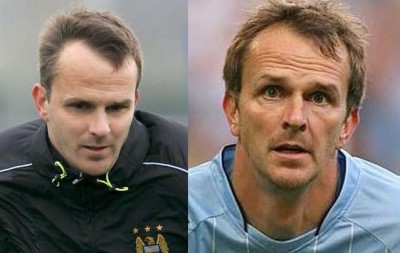 And then, let’s check him out during his hair transplant procedure: 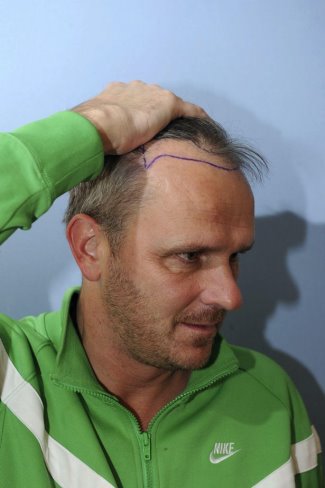 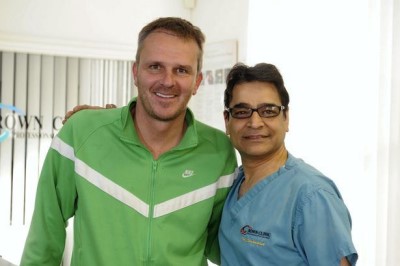 And what does Didi’s hair look like after his FUE transfer? The best way to see that would be to check him out in his video: