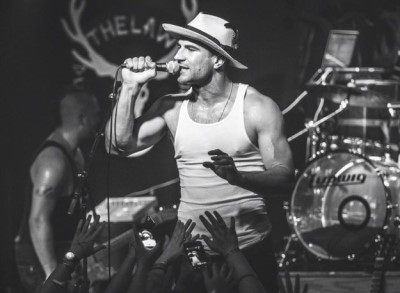 Country Star Sam Hunt Shirtless, Girlfriend, College Football Quarterback. Who is the handsome sexy guy above who sizzles in his muscle shirt? He just exudes masculinity, no? The guy, fellow Famewatcher, is Sam Hunt. He is a former football quarterback in college who is on his way to becoming the Next Big Country Star. In fact, he just won the 2015 CMT Music Awards “Breakthrough Video of the Year” for “Leave the Night On”.

Country’s hottest newcomer took home the honors for breakthrough video of the year during the show with his first official video, “Leave the Night On.”

Though Hunt is arguably a fresh face on the scene, his career so far has already been success after success. But don’t think he hasn’t put in the time and the hard work to make it all happen.

Take the “Leave the Night On” video for example. He was no stranger to the video world. He’d made a couple of low-budget videos when he was starting out, but his experiences were nothing quite like making a proper music video.

And here’s Sam’s speech upon receiving his first major music award (via Taste of Country):

“Thank you CMT, and thank you to all my buddies who came out and helped us make this video,” Hunt said from the stage. “Just a couple of years ago, I was standing right down here for this award show,” he noted, pointing down near the front. “And it’s phenomenal to be up here on this stage tonight. I appreciate y’all. Have a good evening, enjoy yourselves.”

Sam Hunt Football Quarterback. Did we mention he was a football star in college? Here’s a pic of him doing his quarterback thing: 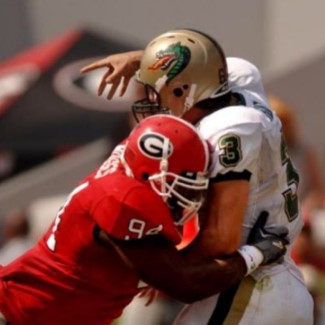 He played football for Middle Tennessee State University and then, later, at the University of Alabama at Birmingham (UAB). Here’s what he said in an interview with radio.com about his college football days:

That was four or five of the greatest years in my life experience. Competition at that high level, being able to fight for a starting job during those years and go through all those workouts, and be around all of those positive role models, those influencers that are in college football. There’s a lot of integrity that runs through the coaching world in college football. I was really lucky to be around a lot of great men, strong leaders who encouraged me to continue to be a leader and to carry a lot of those principles into life after football.

Sam Hunt Girlfriend? Is he dating anyone at the moment? Seems like he is single but maybe he is keeping his relationship on the QT. However he did have a girlfriend in the past and said girlfriend was apparently an inspiration for one of his songs. From al.com:

Q: You say your album is inspired by an ex girlfriend. What exactly is her reaction to to the album? Also, in “Break up in a Small Town” you describe events between you and your ex, is that song accurate to the true events?

A: She’s OK with her involvement in the record. And the experiences that inspired “Break Up” are drawn more from the time I spent back home in high school.

Sam does have friends who happen to be girls like this one in the picture Sam shared on Instagram (follow him @samhuntmusic) with the following message: Hanging at the Giants game with my beautiful new friend Pritika Swarup. Follow her! 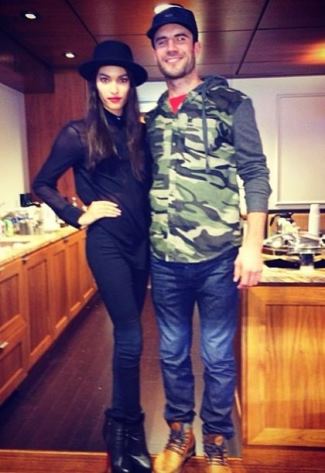 Does Pritika kinda look like Caitlyn Jenner or what?

Sam Hunt Shirtless Photos. This section is for those of you looking for Sam Hunt shirtless photos. 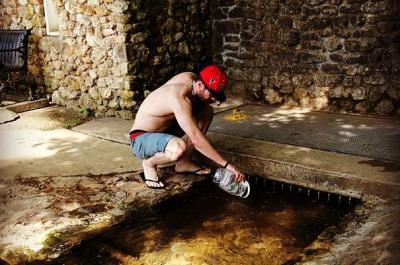 Someone should take a proper shirtless photo of this hunk of a man. [Want more shirtless country singers?] 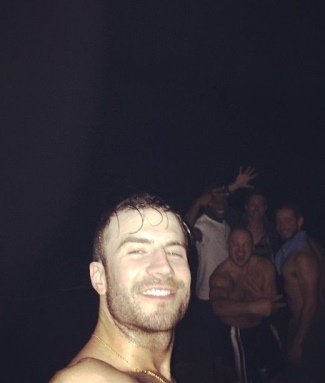 And this one’s for those looking for Sam Hunt underwear. Hehe. Undershirt is also underwear, right? 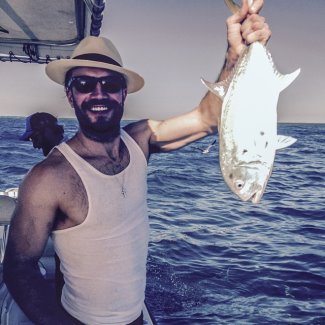