Sam Heughan Girlfriend, Shirtless, Underwear (first posted 24 May 2016). Is the kilt-wearing Outlander lead star Sam Heughan a member of the LGBT community? Or is he as straight as an arrow? Well, let’s take a look at what our friends at gayorstraight.com are saying about the matter.

Here’s their rating for the curly-haired Scottish actor: “According to 545 visitors Sam Heughan is 36% gay. However, the average rating is 69%, which means Sam Heughan is very straight in comparison to other celebrities on this website.”

So there! He is very straight according to the above site’s voters. But how can you explain these shirtless images of him going kissy-a-kissy with an equally shirtless dude? Ain’t this a pretty good proof that he is a friend of Dorothy? Nah, not really! It’s just a proof that he acted in a stage play called Plague Over England where this image was taken. For those of you wondering, his kissing buddy is actor Leon Ockenden. [Update: Sorry, our censorious Grandma Akita is at it again and we had to delete the image where our guys are smooching. But here’s a photo Sam and Leon chilling together on a roof toop or a balcony.] 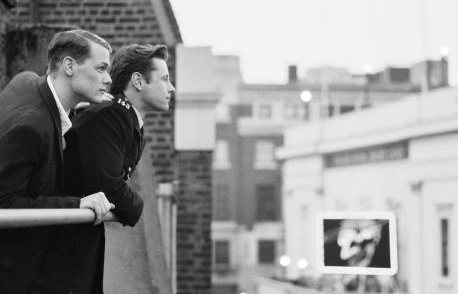 Sam Heughan Girlfriend. Does the Outlander hunk have a girlfriend? It looks like he is single at the moment but he reportedly dated actress Cody Kennedy from 2014 to 2015. According to whosdatedwho.com, he is also rumored to have dated Abby Salt and Amy Shiels. He is also rumored to be dating Irish actress Caitriona Balfe, his co-star in Outlander.

Speaking of rumors, some busybodies are also suggesting that our Sam is more than friends with actor Luke Neal. Hehe. What say you, Famewatchers. Is something there there? 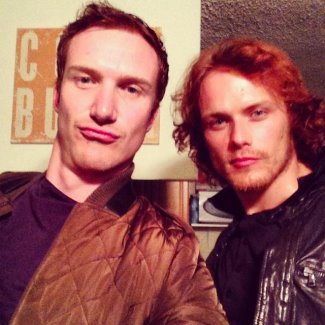 Scary! But we don’t mind getting bitten by either of these guys. Hehe. 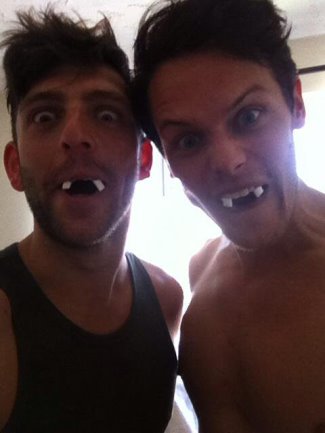 Sam is looking cool and hawt in this pic for Haute Living Los Angeles. 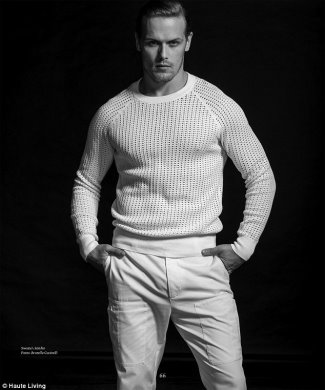 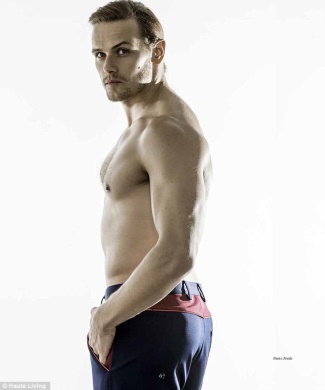 Sam Heughan Underwear (and Speedo) Photos. Sam in his Speedo swimsuit from the stage play Amphibians. 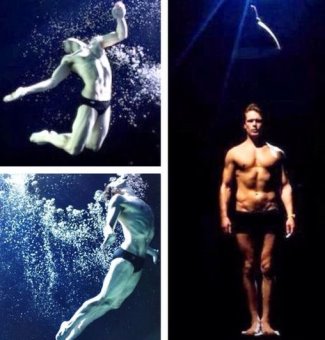 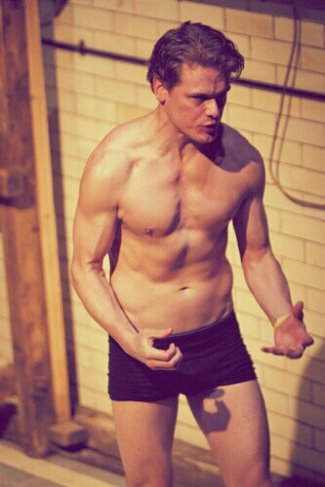 Damn! How hawt is this guy? We sure would like to bring him home to mama!!! 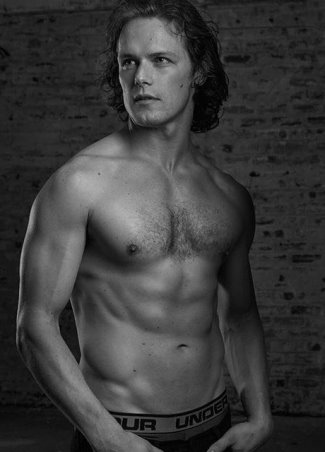