Sam Claflin Leather Jacket & Jeans. Question for you LeatherWatchers? Do you know who made the fabulous blue leather jacket that Catching Fire hunk Sam Claflin is wearing in the photo above. We’re also interested in the label of his leather jacket in the next pic below. Update: Deena is suggesting that the blue leather may be a J. Lindeberg. 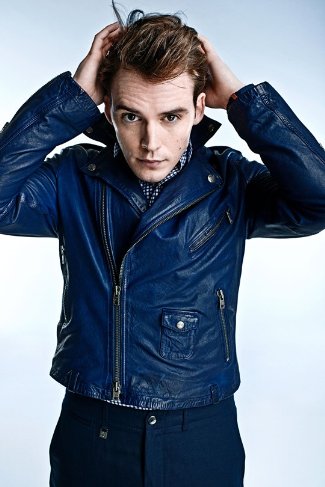 She says you might want to compare it with the similar-looking J. Lindeberg jacket in an earlier post, Blue Leather Jackets. 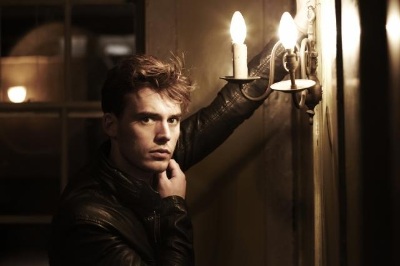 Fortunately, for those of you who wonder about what your favorite celebrities are wearing, we do know the labels of Sam’s outfits in the next photos. For instance, we do know that the chic military jacket he’s wearing below is made by Moschino. [Pic courtesy of Mode Magazine.] 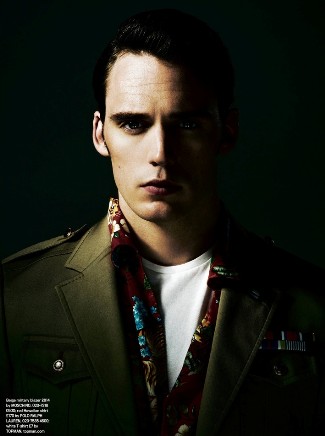 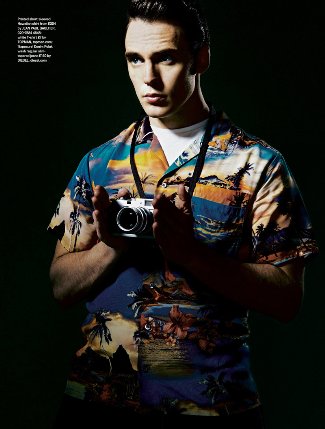 And here’s the 26-year-old English hunk in an all-Prada ensemble except for his shoes which is obviously made by Converse. 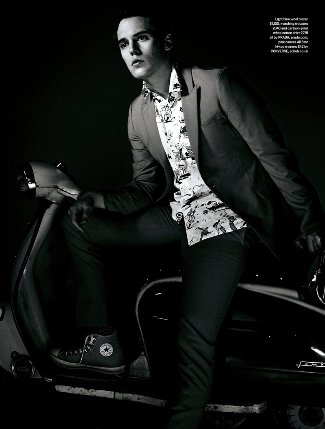 Other cool outfits seen on the future Finnick Odair include this chic Alexander McQueen Charcoal Checked 2-Piece Suit which he wore to the Jameson Empire Awards 2013 at Grosvenor House Hotel in London. 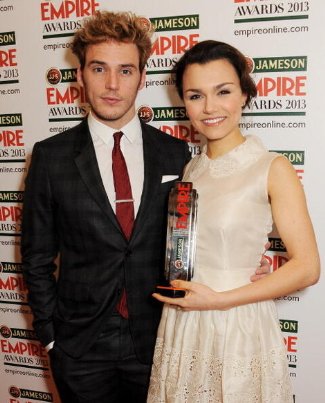 [Totally-unrelated-to-fashion question: Is he dating Les Miserables actress Samantha Banks, we thought he’s girlfriends with Laura Haddock? Nah, Sam and Samantha are not an item. He was just the presenter for her Best Newcomer award.]

At the Mulberry Autumn Winter 2013 show during the London Fashion Week last February, Sam was spotted in a Burberry Mid-Length Cotton Gabardine Ostrich Detail Trench Coat. For those of you wondering, the guy with him is English actor Douglas Booth. 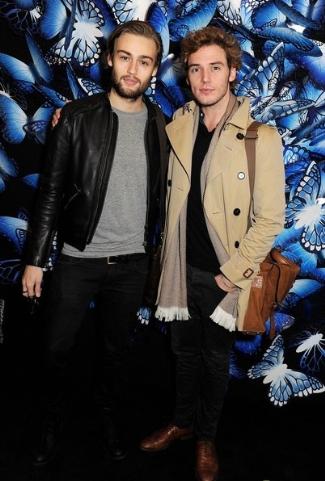 Sam Claflin and Kristen Stewart when they were promoting their movie, Snow White and the Huntsman. She’s wearing a “look at me” Balenciaga Quilted Motorcycle Jacket while he is wearing a subdued AllSaints Code Merino V-Neck Jumper. 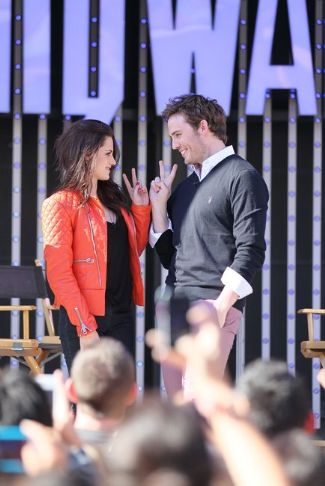 Claflin must really really love him the AllSaints brand (or maybe he’s a celebrity endorser for the label) because he was also seen in this AllSaints Iwate Denim Jacket. [Note: That’s his girlfriend Laura Haddock for those of you who are wondering about who he’s dating.] 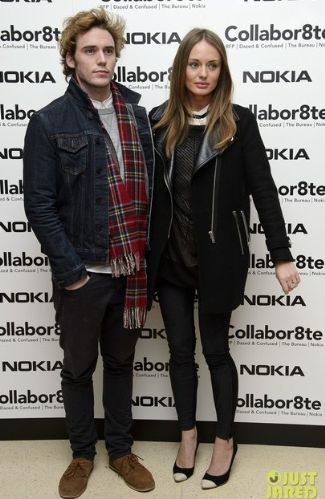 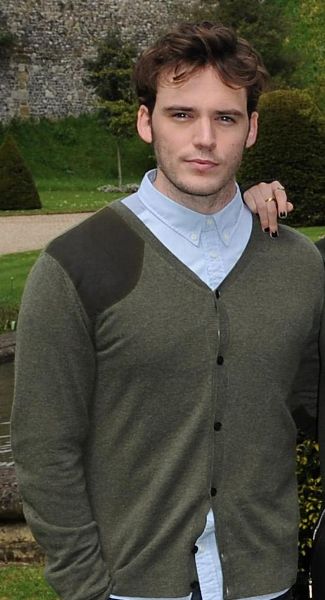 That’s it for now, FashionWatchers. If you want more on this sexy hunk who’s about to hit the big time courtesy of The Hunger Games, go read our previous post on Sam Claflin’s Underwear.