Ryan Faucett Shirtless, Underwear, Gay or Girlfriend? Are you a fan of hot guys in tank top shirts? Well, we are fans too but, among your Famewatching quarter, the one who is into dudes wearing tank tops is Kevin who sent us the image below and asked (or rather commanded) us to blog about the guy in the photo. 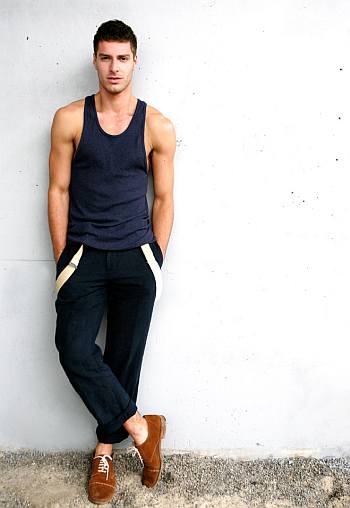 We were like, “Sure, Kevin. We will blog about him but can you tell us who he is?” And he replied, “Gurrrl, if I know who he is, I won’t be sharing his photo with you because I know how THOTy and thirsty you can get.”

So apparently, Kevin sent us the above image merely because he wants us to do research on an internet guy he is crushing on. But, anyhoo, after some reverse image googling, we found out that the guy’s name is Ryan Faucett. He is an actor. He may or may not be from Australia. He goes by @tryanfaucett if you want to follow him on Instagram. And, judging by what he posts on Insta, he sure loves to wear tank top shirts. 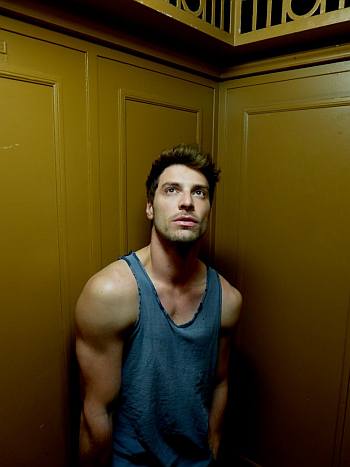 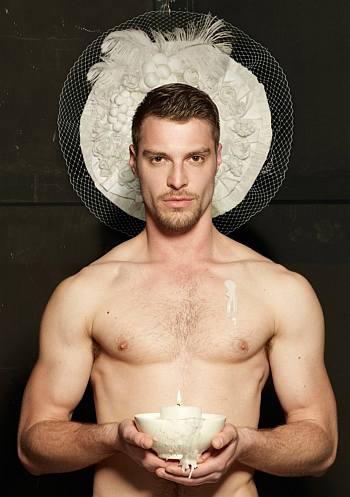 He really is a gorgeous guy, no? Where has he been hiding all these years? 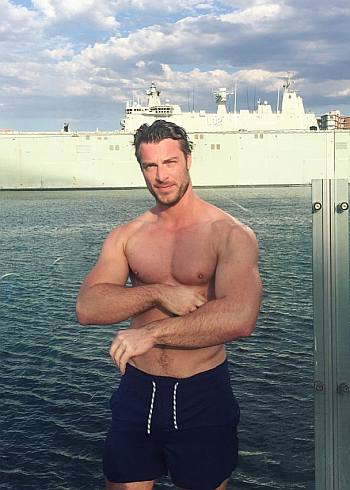 For some reason, the guy in the portrait reminds us of Ellen Degeneres. Haha. 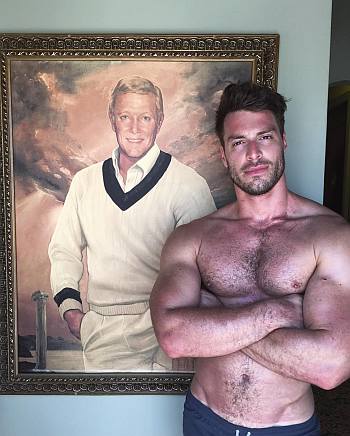 Ryan Faucett Gay or Straight? Relationship Status? There is very little information about Ryan on the internets so, unfortunately, we have no answer to these Q’s. However, as we usually do here at Famewatcher, we will update this post in the future once we find out the relevant answers. For the time being, here’s another shirtless photo of our gorgeous Aussie (if he is indeed an Aussie) with a good lookin’ dude. 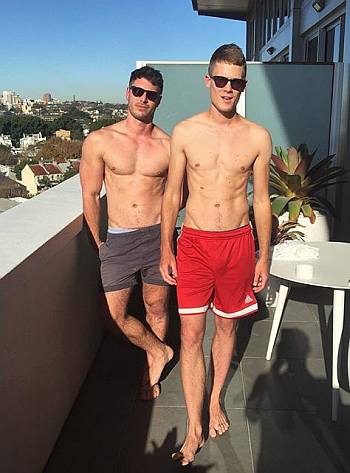 And here’s a shirtless Ryan with a peekabo underwear. 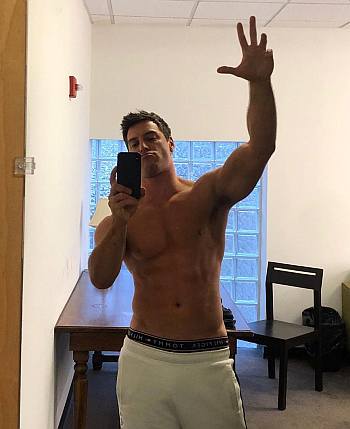 Underwear, you say, here’s him in skimpy briefs. 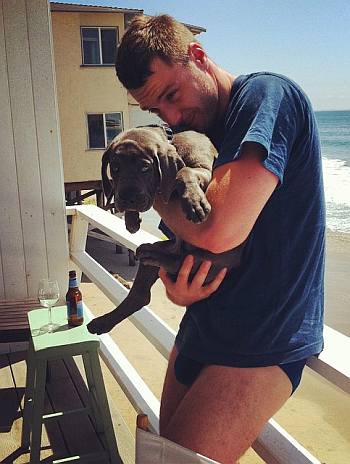 Another thing we found out about Ryan after our googling is the fact that he stars as Bernardo in the new CW show Katy Keene which started airing this week. Let’s keep our fingers crossed that the producers gave him a meaty role so we’ll see a lot of him on the telly (as you Brits call it).