Rufskin Long Johns Winter Underwear and Sportswear. Wow. Check out this guy in his Rufskin long johns thermal underwear. We gotta say that that has got to be the best piece of *ss we’ve ever seen on a man. He definitely makes it to our list of the world’s best male buttocks. Oops, but we are talking about Rufskin underwear aren’t we? 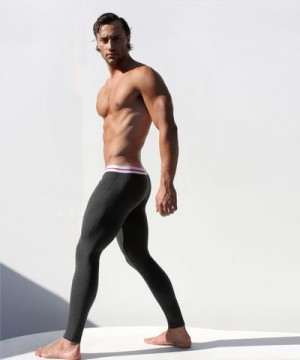 Well, we gotta give props to them people behind Rufskin because they’re coming out with really interesting menswear. For instance, check out Matt and Cameron’s Rufskin jeans and Jesus Luz (remember Madonna’s boytoy?) and his Rufskin leather pants? 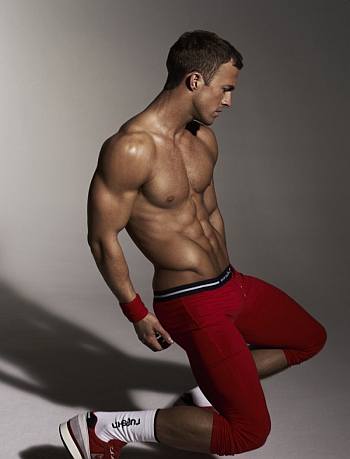 Question for those of you in the know: Do you have more information on the above model? We tried googling his name but we can’t find any relevant links for a gorgeous dude named Kevin Smith. All we found are of the American comedian which is very unlike this sculpted Kevin.

Anyhoo, next up in our list of hunky male models looking hawt, hawt, hawt in their Rufskin outfits is Logan Swiecki Taylor seen below posing for a Rufskin ad campaign. 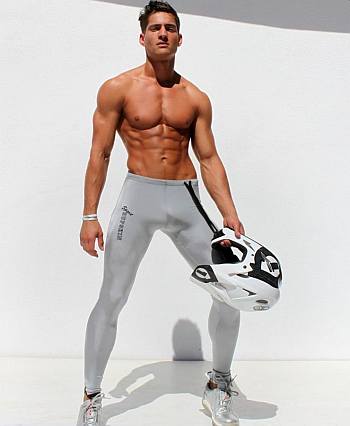 Third in our Rufskin model gods is Reggie Resino seen here in a workout tights for another advertising campaign for the brand. The copy is Portuguese because the ad is for the Brazilian/Portuguese market which means that the brand has gone global from the first time we wrote this post nearly ten years ago. 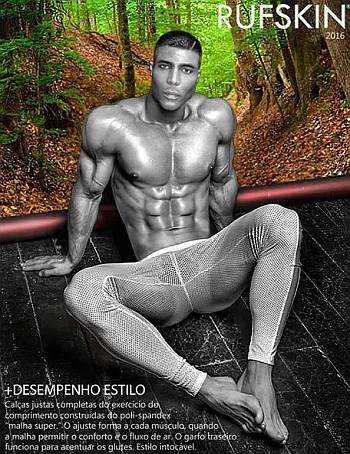 Finally, last but not the least in our list of hot guys in Rufskin long johns is this model in this Ocean thermal cotton long johns. Like the first photo in this update, we do not know the name of the model which is unfortunate because we’d like to see more of his modeling gigs. 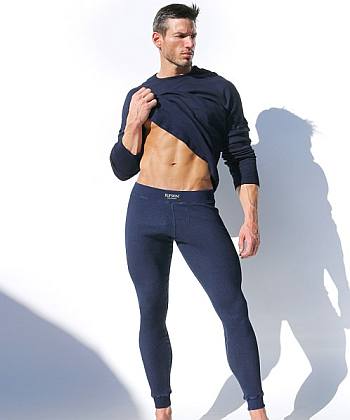