Rock Star Jeans. Hey look, it’s American rocker dude Jon Bon Jovi (John Francis Bongiovi, Jr.) rocking in his tight jeans and sleeveless shirt. We like this guy and his liberal politics. In our book, he is way much hotter than Zac Efron. Yeah, we’re not joking. 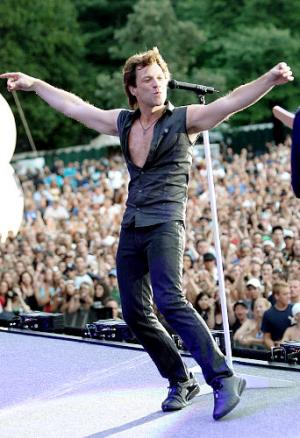 Meanwhile, check out Fall Out Boy’s Pete Wentz (Peter Lewis Kingston Wentz III) as he rocks his skinny tight jeans. Now, we are not as familiar with his music as we are with Bon Jovi’s but he must be a good kid. Besides any guy who says gays should marry is fine by us even if they wear atrocious red jeans. 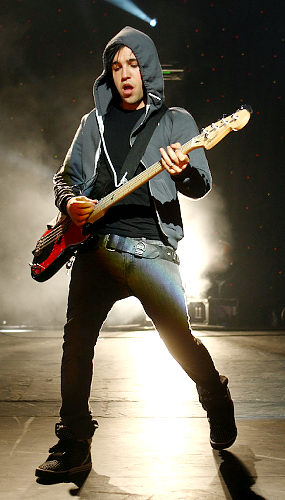 Bon Jovi Rock Star Jeans: He Wears Rock and Republic (Updated 15 February 2017). Some of you are wondering about the brand of jeans that Bon Jovi wears so we did some research and found out that he wears Rock & Republic Jeans. We’re pretty sure he wears other brands too but the pair he’s wearing in this concert is a Rock & Republic Slim Fit Jeans. It’s stretchy because its partly made of Lycra (1%) and nylon (11%). But 88% of your Rock and Republic slim jeans is cotton. 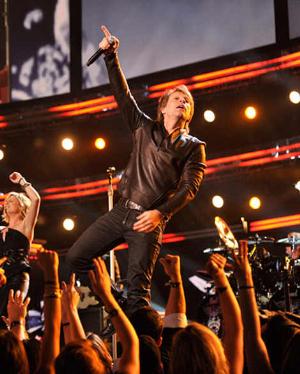 Rock Star Jeans: Pete Wentz Edition. As for Pete Wentz, the guy’s some kind of a male fashionista so we are not surprised that he’s into a lot of denim brands such as your ever-trusty and classic Levis Jeans. 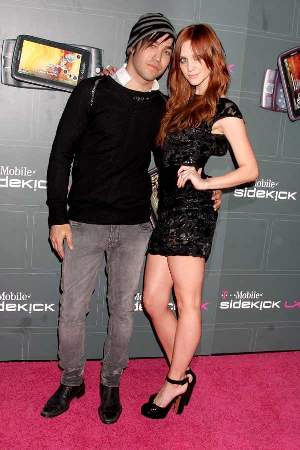 The former Mr. Ashlee Simpson was also seen wearing a skinny pair of Diesel Jeans in this photo of him and son Bronx. 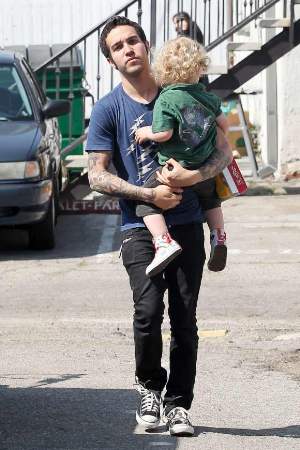 Being the male fashionista that he is, we are not surprised to find out that, back in 2007, DKNY collaborated with him. The result? Clandestine Industries for DKNY Jeans. 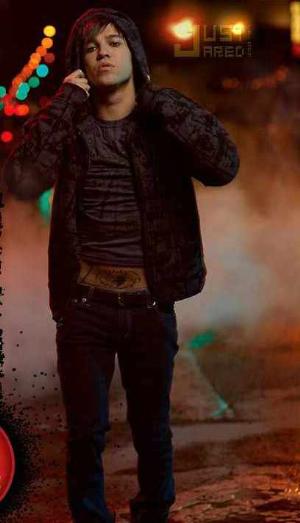 Here’s what Pete said back then about his collaboration with DKNY: “I really just liked making my own clothes and when my fans started taking notice, I thought it would be fun to sell it. I just wanted to partner with someone who was cool and fun. And I really do like what they do, I know the brand, I wear the brand. It’s cool.”