Robert Downey Watch Collection: Bulgari, Krieger, Jaeger Le Coultre. What kind of watches does Robert Downey Jr. wear? He was spotted wearing a Jaeger LeCoultre AMVOX 3 Tourbillon Watch, a Bulgari yellow gold watch, a Jaeger-LeCoultre Reverso Squadra Chronograph GMT, and one made by Krieger. We’re pretty sure he also wears other brands but these are the brands for which we have photos. Let’s check out RDJ’s stylish watches, shall we?

Jaeger LeCoultre AMVOX 3 Tourbillon Watch: If you are a watch watcher and a fan of the blockbuster movie franchise, Iron Man, you might have noticed that Robert Downey Jr. (aka Tony Stark) was wearing Jaeger LeCoultre watches. 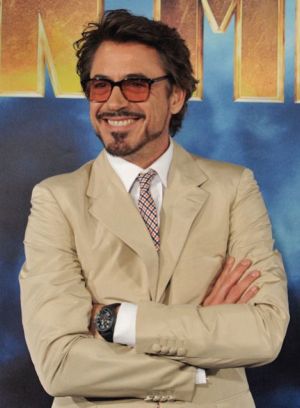 Specifically, Iron Man sported the the Jaeger-LeCoultre AMVOX 3 Tourbillion in Platinum, a Master Grand Tourbillon 1833, and a Reverso Grande 985.

Let’s have a more detailed look at the Jaeger-LeCoultre AMVOX 3 Tourbillion which Robert also wore during an Iron Man premiere. 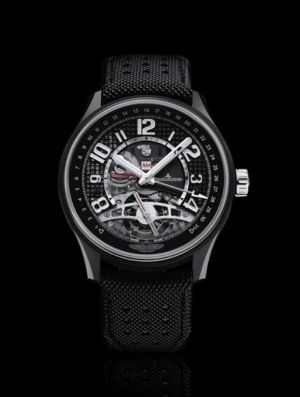 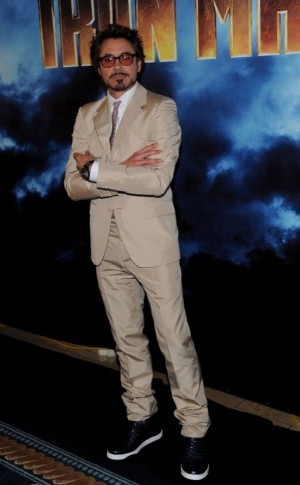 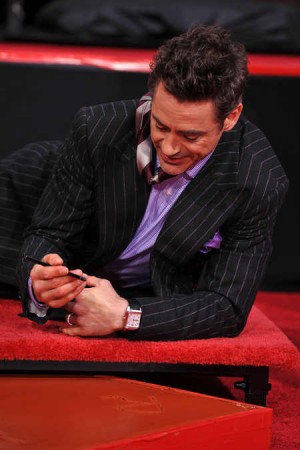 Bulgari Yellow Gold Watch: RDJ opted for a gold Bulgari watch when he attended this event. Who’s that guy beside him? We don’t know but we’d like to think that he’s a Bulgari. 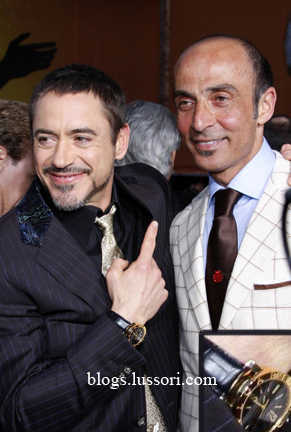 Krieger Watch: We must admit that this is the first time we hear about this watch so it must be fairly new. Do you think it is a good watch? If RDJ (as well as other celebrities like Usher, Hilary Duff, Leonardo di Caprio, Eva Longoria, Jessica Simpson) wears it, then it must be good, right? 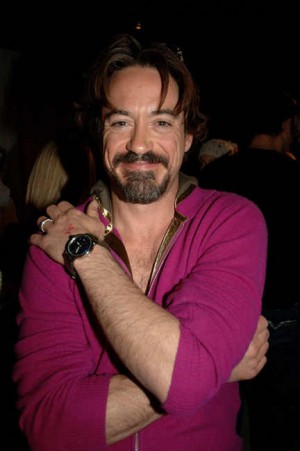