Robert Buckley Underwear: Boxers or Briefs? What kind of underwear does iZombie actor Robert Buckley like to wear? Does he prefers briefs over boxers? Does he wear jockstraps or thongs or long underwear (during winter)? Or is he one of the brave freeballers of Hollywood who prefer not to keep their you-know-what restricted down there?

In an interview with DNR Magazine from way back in 2008, our curly-haired actor tells us he’s more of a boxers kind of guy:

But boxers are so comfortable for lounging. I’m a big lounger. It’s fun getting dressed up for events, but given my druthers, I’m home with a movie and some friends and some takeout.

True enough, we see him wearing boxer shorts and boxer briefs in his photo-shoot for said magazine. Check him out in his boxer shorts. 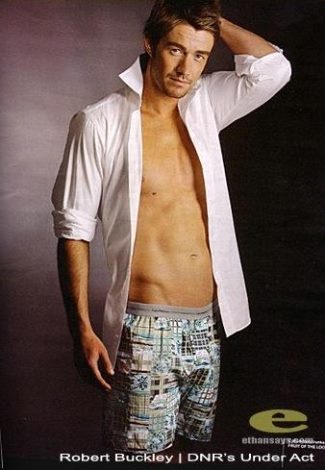 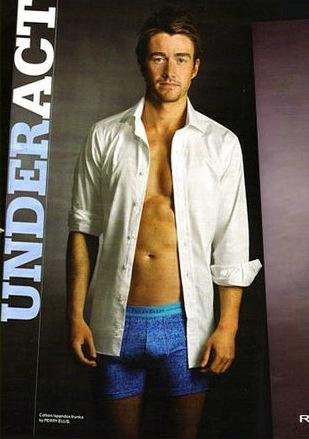 He goes old school in a pair of plaid boxers. 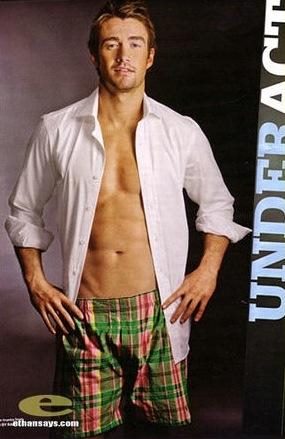 The next pic below is our favoritest of them all, the best Robert Buckley underwear of them all is a pair of red squarecut boxer briefs.

On the cover of DNR Fashion Magazine. He sure loves him his Calvin Kleins. 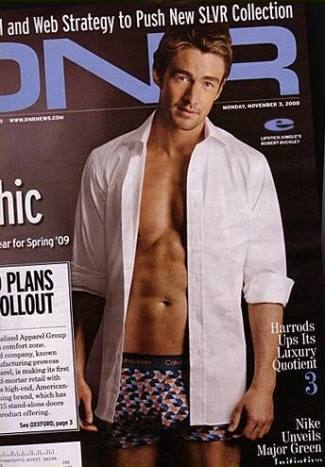 Although our Robert is more of a boxer briefs kind of guy, it does not mean that he does not like to wear other types of undies. For instance, check him out in a pair of tight-fitting blue briefs taken at the set of the now defunct TV show, Lipstick Jungle.

Is Robert Buckley Gay or Straight? Whoever made this photoshop pairing Robert with Aussie actor Hugh Jackman obviously thinks that the two hunks are gay. 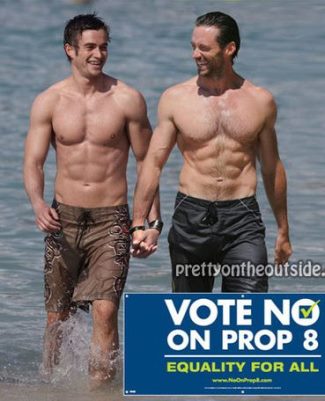 However, the denizens of gayorstraight.com have a different opinion because they’ve given our Robert a “quite straight” rating:

Robert Buckley Girlfriend, Wife, or Dating. Is Robert in a relationship at the moment? We’re told he is bromancing iZombie co-star Rahul Kohli. Hehe.

Seriously, though. We’re not sure if he is dating anyone at the moment. But his dating history lists the following as his ex-girlfriends: Shantel VanSanten, Lindsay Price, Whitney Port, JoAnna Garcia Swisher, Jena Sims, and Jasmine Dustin.