So much for the celebrity-led campaign to boycott Dolce & Gabbana. Judging from the many celebrities who were seen wearing Dolce & Gabbana clothes during recent red carpet events, the boycott started by Elton John did not catch on.

Let us refresh our memory on what prompted the #boycottdolcegabbana campaign with this article from the Hollywood Reporter:

The 67-year-old music legend said he is boycotting the designers after they told Italian magazine Panorama that they consider children born through in vitro fertilization to be “synthetic.” The fashion plates added that they “oppose gay adoption” and that IVF pregnancies are “chemical offsprings and rented uterus.”

On Sunday, John — who has two sons with husband David Furnish — posted a photo to Instagram of the designers, writing in the caption: “How dare you refer to my beautiful children as ‘synthetic.’ And shame on you for wagging your judgmental little fingers at IVF — a miracle that has allowed legions of loving people, both straight and gay, to fulfill their dream of having children.

“Your archaic thinking is out of step with the times, just like your fashions,” continued the singer. “I shall never wear Dolce and Gabbana ever again. #BoycottDolceGabbana.”

Obviously some celebrities did not get the memo or do not agree with Elton John. Why do we say this? Because fast-forward two months later, we find tons of celebrities wearing Dolce & Gabbana outfits during the May 2015 Met Gala. To borrow the words of the Hollywood Reporter, “Dolce & Gabbana looks designed by Domenico Dolce and Stefano Gabbana commanded a huge presence on the Met steps”.

Here are some Dolce Gabbana celebrity supporters or those who love them their D&Gs so much:

Colin Farrell wearing Dolce & Gabbana suit during the photocall for his movie, The Lobster, in the recently concluded Cannes Film Festival.

Karen Elson wows everyone at the Met Gala 2015 with her Dolce & Gabbana dress. 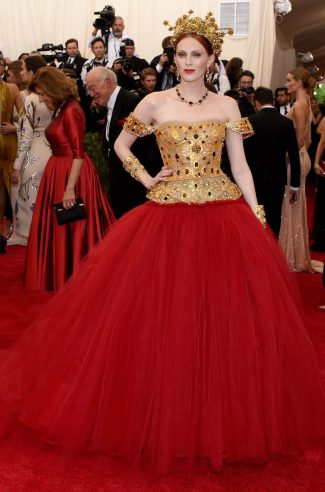 Zoe Saldana in a D&G maxi dress for the July 2015 issue of InStyle magazine. 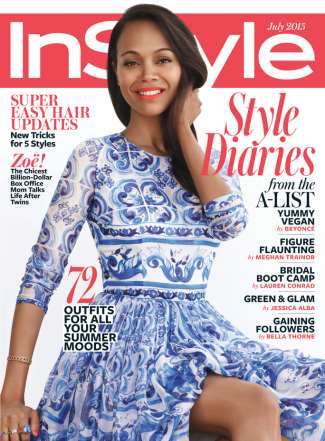 Diane Kruger wearing a D&G mini-dress during the photocall for her movie, Maryland, at the Cannes Film Festival.

And, last but not the least, here’s Kate Mara wearing a Dolce and Gabbana outfit during the 2015 Tony Awards. 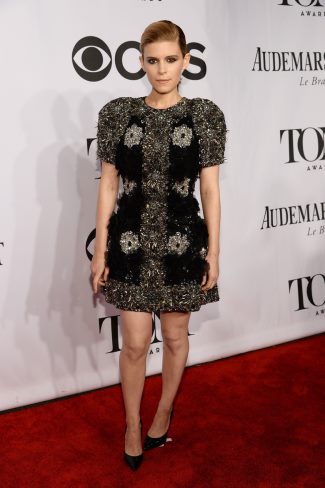 So what do you think of these Dolce Gabbana celebrity supporters? Do you think they should have joined Sir Elton’s #boycottdolcegabbana campaign? What, in your opinion, does Sir Elton think of this snub?