Replay Jeans for Men: Male Models Marcus Hedbrandh and Vinnie Woolston. Want more Italian jeans? Well, what do you think of these Replay Denim jeans on Swedish male model Marcus Hedbrandh? Replay is an Italian brand established as far back as the 1970s. It has stores all over Europe and is now trying to penetrate the American and Asian markets. 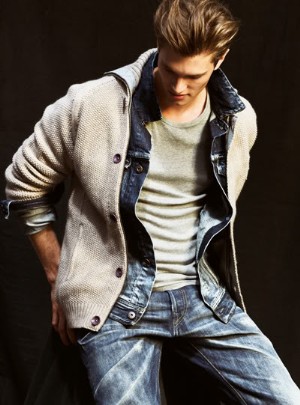 Do you think it’s distressed jeans will find a market in your area? 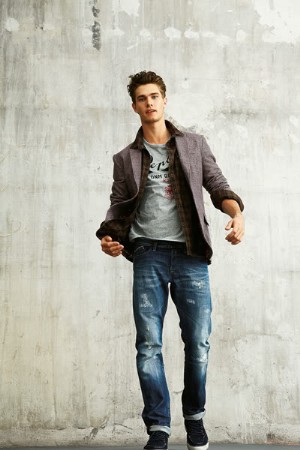 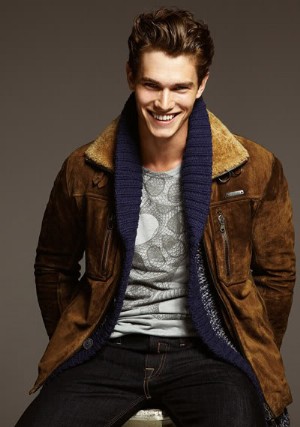 So what do you think of these Italian brand Replay Jeans For Men? Actually, they look pretty interesting, no? We still have to get our hands on them before we know if they can compete with our hubby’s brand preference when it comes to his denim jeans. He is a Levis guy through and through but is open to other brands which are as good as Levis. 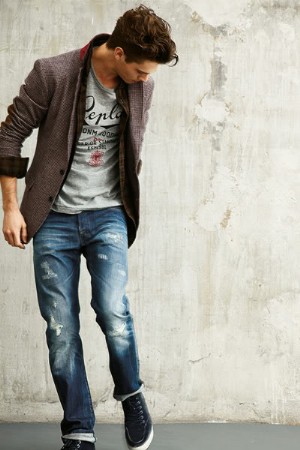 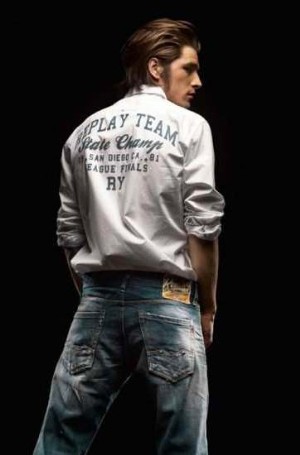 Here’s some of the latest jeans from Replay’s menswear collection for Spring/Summer 2012. Vinnie is currently headlining the advertising campaign of this Italian label along with Russian supermodel and Cristiano Ronaldo squeeze Irina Shayk. We’re not that interested in Irina so we are not including her photos. Hehehe.

Vinnie may be thin like other male models but we’re loving how he’s doing his thing as a tattooed, hippy, badass model in contrast to the clean-cut, boy-next-door, won’t hurt a fly models we’ve been seeing in ad campaigns and runway shows since …. well, since twinks started to rule the fashion industry. 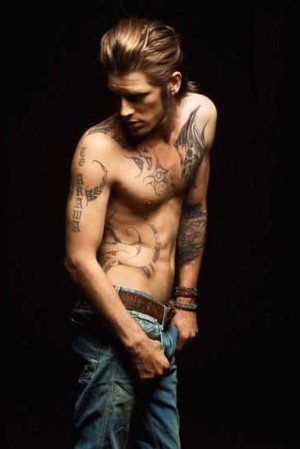 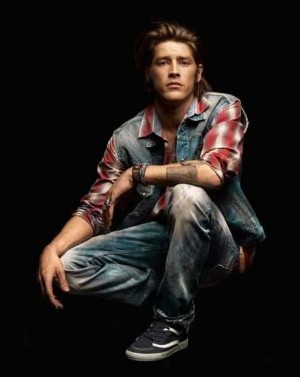 From the Replay ad campaign which Vinnie also headlined. 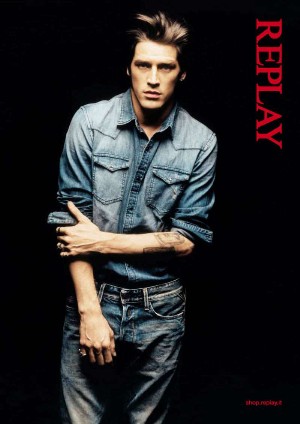