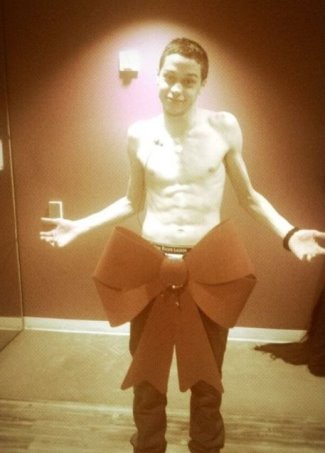 In fact, he’s been added to the cast of Saturday Night Live and, at 20 years old, will be the youngest cast member in the upcoming season. [SNL Trivia: If you are wondering whether Pete is the youngest ever to be cast on SNL, the answer is “no”. John Michael Hall, who joined the show when he was 17 years old, has a lock on that “title”. Eddie Murphy was reportedly cast when he was 19 years old so he also “out-young” Pete. 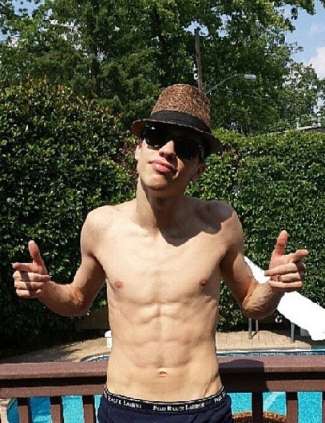 Pete Davidson hit the stage for the first time at the age of 16. Since then Pete has toured North America playing colloges, comedy clubs and theaters. The Staten Island, NY native was busy in 2013 debuting as a series regular on three MTV programs Guy Code, Wild ‘N’ Out and Failosophy. Pete made his standup television debut on AXS TV’s Gotham Comedy Live and followed that up with an appearance on Comedy Central’s Adam Devine’s House Party. 2013 also marked his television acting debut with a guest starring role on FOX’s Brooklyn Nine-Nine. He is also set to make his film debut in 2014 with a co-starring role in Nick Cannon’s School Dance.

We find more background info on Pete from Deadline:

A native of Staten Island, NY, Davidson started his career in comedy at 16, using it as a therapeutic outlet after losing his father, a New York City firefighter, on 9/11. Making his rounds in the New York comedy scene, he was spotted by Nick Cannon who took him under his wing. Davidson was a semi-regular on the revival of Nick Cannon Presents: Wild ‘N Out improv comedy series on MTV2 last year, leading to a gig on the MTV2 comedy/reality show Guy Code. Davidson, who dropped out of college, made his film-acting debut in Cannon’s direct-to-video School Dance.