It’s time for another post on celebrity twins and, this time, let’s focus on football brothers Kieran and Jaydon Gibbs. The identical twins were born 26 September 1989 in London, England.

Both are athletic and started playing football at a young age. At this point however, Kieran’s football journey is miles ahead of his brother. Kieran currently plays for the Premiere League club, Arsenal F.C. while Jaydon plays for Aldershot Town FC which participates in the Conference Premier, the fifth tier of English football.

Maybe its a matter of time before Jaydon catches up with his twin sibling, no?

One who’s giving a chance for Jaydon to catch up is his boss Andy Scott who had this to say about the footballer when he signed him to play for Aldershot Town:

I’ve known Jaydon for a long time. He fell out of the game but he has always had the ability and has really impressed since he’s been back training with us.

Jaydon has lived in Kieron’s shadow for a long time – he’s always been known as Kieron’s brother rather than Jaydon and that’s something he’s had to live with.

Now he wants to make a name for himself and knowing what he can do, I was happy to give him that opportunity.

However, he has been playing at a very low level and he knows it is probably his last chance to make a go of full-time football. It will be interesting to see if he can make that step up.

We here at Famewatcher sure are hoping that he can make that step up.

Kieran Jaydon Gibbs Shirtless Photos. Okay, so Kieran is the more accomplished footballer for now but who between the twin brothers look better with no shirt? Let’s check them out, shall we?

Kieran is rocking his football shorts, ain’t he? 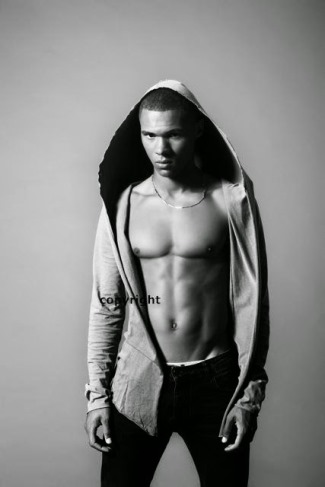 A shirtless Kieran as a male model. 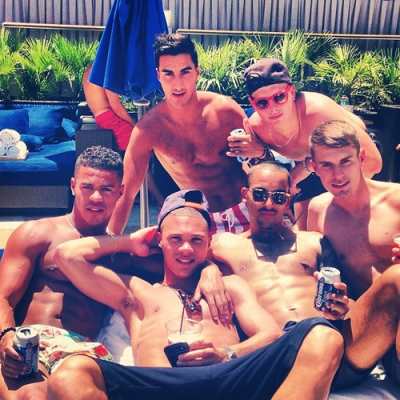 In a pool with his Arsenal teammates. Kinda gay, no? 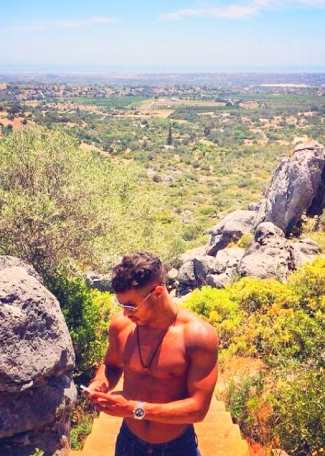 We love the pic above because we love our men in the “wild”. 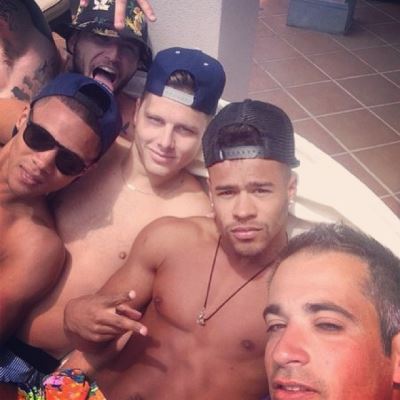 Jaydon and his mates cool off in the tub. This is so gay! Hehe. 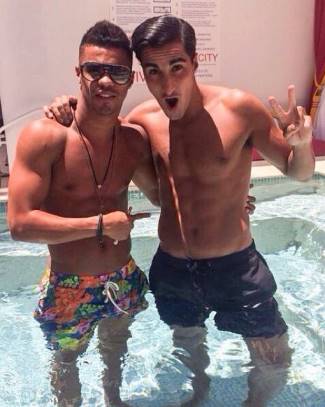 With a guy who looks like that gay dude in Glee? What’s his name?

So who won the “hottest shirtless twin contest”? We gotta give it to Jaydon because of his underwear pic. Hehe. Yeah, we’re that shallow.