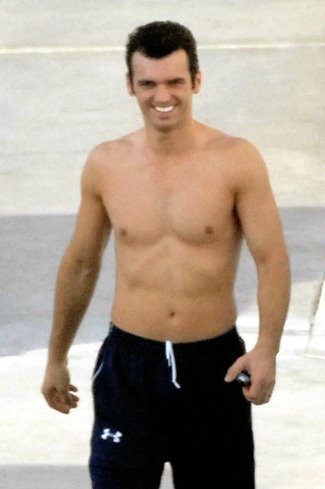 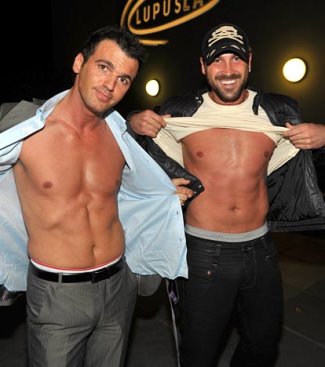 Here’s Tony’s gaydar rating according to the denizens of gay-or-straight.com:

Tony Dovolani Relationship Status: Is Tony single or does he have a girlfriend? Nope and nope! He’s a very much married guy. He got hitched to wife Lina Dovolani back in 1999. The couple have three children: Luana and twins Adrian and Arian. Here’s a pic of the happy family: 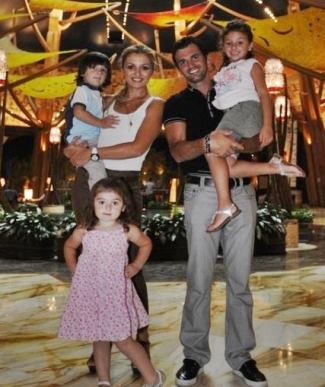 By the by, did any of you know that Tony is originally from Albania? We thought he’s Italian-American because Dovolani kinda sounds Italian but we are dumb wrong. From Tony’s website (tonydovolani.com):

Born in Prishtina, Kosova, Tony was proficient in Albanian folk dancing by age 3 and was inspired by watching Fred Astaire and Gene Kelly films as a kid. After immigrating to the United States as a political refugee from his native Kosovo, Tony trained at a Connecticut Fred Astaire dance studio and eventually became one of the most dominant competitive dancers in the country.

Tony Dovolani Body and Washboard Abs. Damn he’s effin’ fit! Are we the only ones dreaming about using his six-pack abs as our pillow? Haha! That Lina sure is a lucky girl. 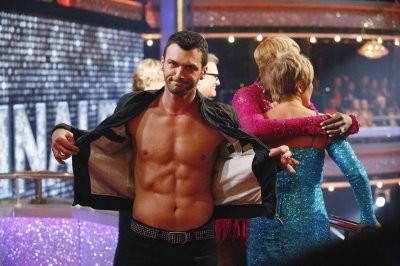 Tony Dovolani Underwear. Does Tony wear boxers or briefs? We know not! But we know that he likes him his Calvin Kleins. Are we the only ones wondering about what gem is hidden in them denim prison? Har! Har! Har! 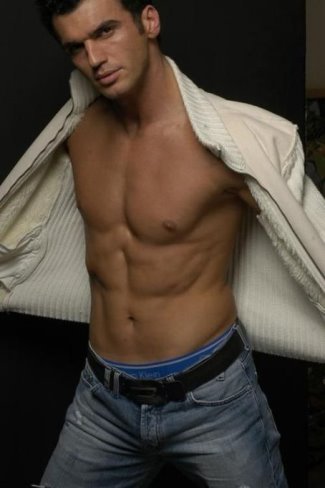