Pat Tomasulo Shirtless, WGN Comic, Wife, Wedding. For our hot media hunk of the day, we are going to the city of Chicago where WGN reigns and where, every now and again, sports news anchor Pat Tomasulo is seen chasing after guys who are running shirtless in common public areas.

For some reason, he really, really hates shirtless runners and his on-camera harassment of topless dudes who catches his ire is very amusing to watch.

Now, being the hos that we are, we’re actually pretty cool with shirtless guys running around especially if they’ve got muscles in the right places and sport washboard abs that rivals those of a Greek god. We also give a pass to the guy that our Pat is interviewing/harassing below because he is totally rocking his baldness. 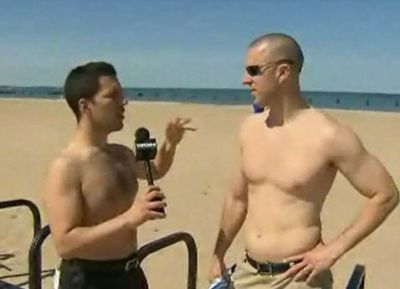 Pat may have a gripe against shirtless runners but he sure is okay with doing shirtless on-camera interviews. Not that we are criticizing him, we’re just saying. 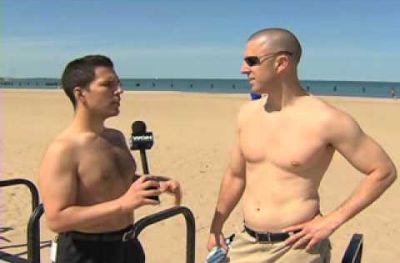 Aside from being a sports anchor, Pat is also a comedian who does stand up at the Laugh Factory in Chicago as well as in other parts of the midwest. 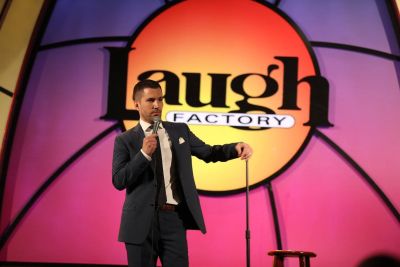 He also used to host a weekly late night comedy show called Man of the People which also aired on WGN. Unfortunately, it was cancelled after two seasons because it was, apparently, too ambitious and too expensive to produce and that the ratings were a challenge for the show. 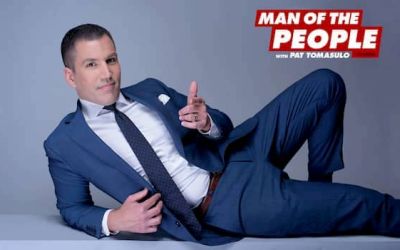 Pat and some fans of Man of the People. 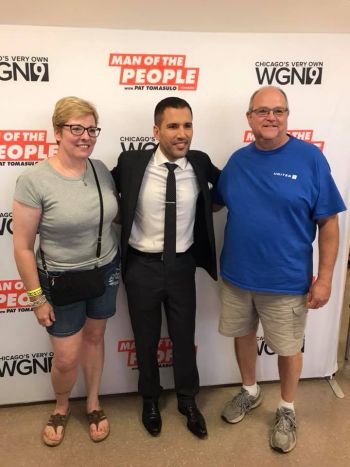 Pat as a news anchor. 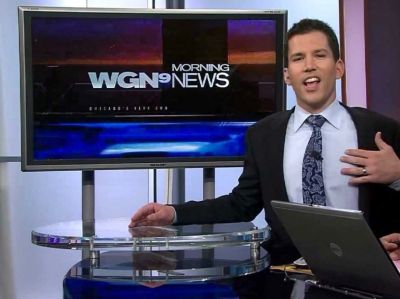 Pat Tomasulo Shirtless and Underwear Photos. Technically, he’s shirtless in the photo below, no? He’s got some thirst-inducing chest hair too. 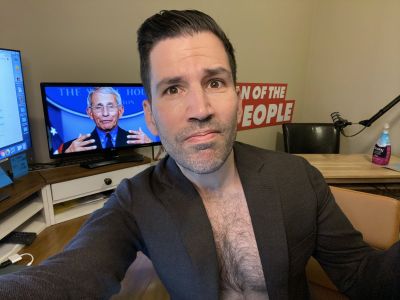 We’re still not sure whether the pic below of Pat in classic white boxer shorts underwear is photoshopped or not. What do you think? We grabbed the image from his Instagram which you might want to follow @pattomasulo. 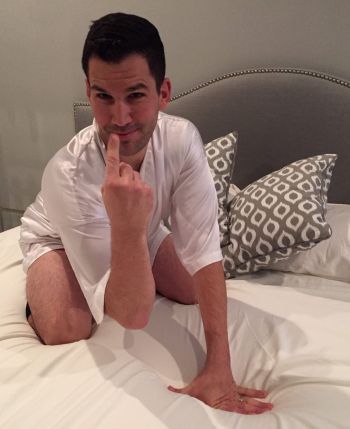 Pat Tomasulo Gay or Straight? He may have a thing for dressing up as Wonder Woman but our funnyman is a straight dude. Oh, and he’s very much married too. 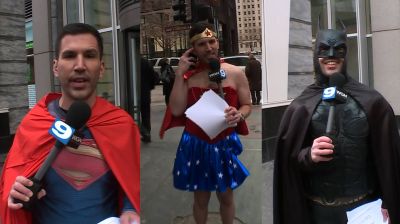 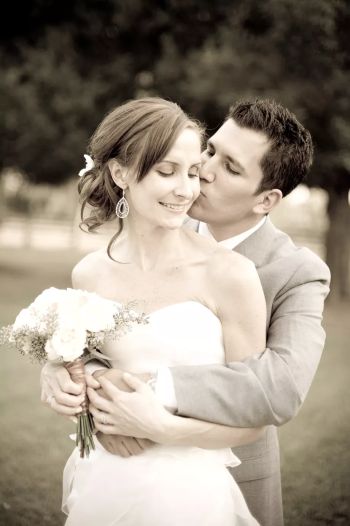 According to a 2015 news story by wgntv.com, Amy has trigeminal neuralgia which is a very rare chronic pain condition which inflicts debilitating, stabbing, and electric shock-like pain on the face. This encourage the couple to establish Laugh Your Face Off (laughyourfaceoff.com) to help raise funds for trigeminal neuralgia research. 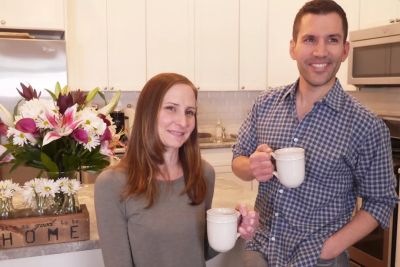 Did he do a better job of pitching baseball that Gary Dell’ Abate? 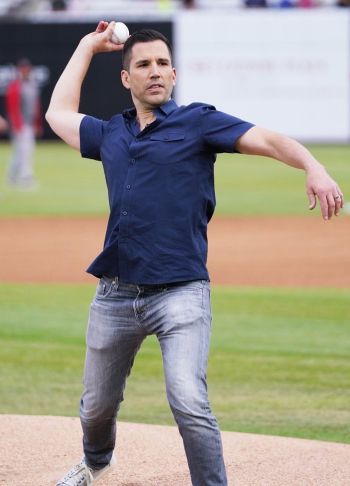