Glen Powell Shirtless, Underwear, Girlfriend. Five years later, we are updating this post to bring you more shirtless photos of Glen and to note that he’s got himself a new girlfriend.

First, the relationship stuff. Apparently, he is dating a girl named Jehane-Marie Paris. More famously known as Gigi Paris, Glen’s inamorata is a model of French and Venezuelan descent.

Here’s a photo of the lovebirds chilling at the Punta Mita beach in Mexico back in January aka The Time Before Miss Rona Ruled the World: 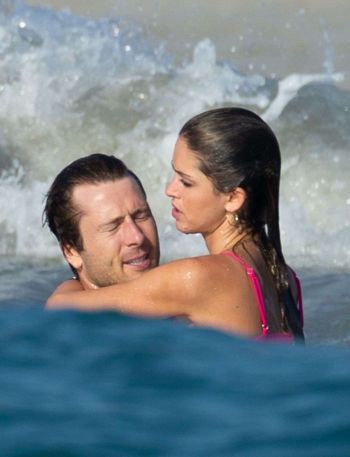 And here’s Glen and Gigi with A-List designer Monique Lhuillier (left) during a gala — An Unforgettable Evening — held to help raise funds for the Women’s Cancer Research Fund (WCRF): 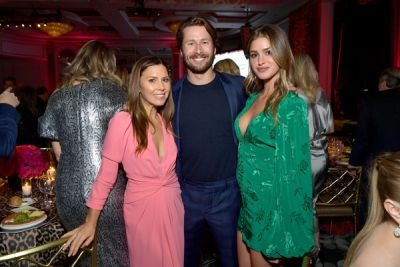 Of course, we know Famewatchers are thirsty hos so here are more shirtless photos of the guy which we grabbed from his Instagram page (follow him @glenpowell). Who knew he’s been hiding some manly, desiring-inducing body hair, no? 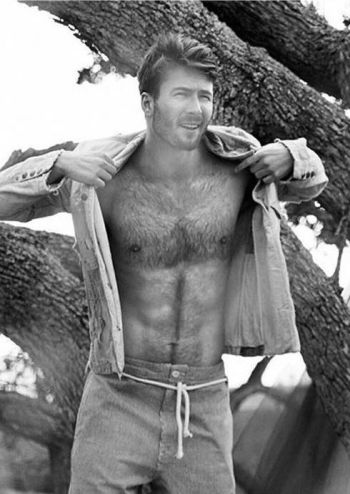 Chilling with pals Wilmer Valderrama and Nick Jonas (the guy standing at the back). 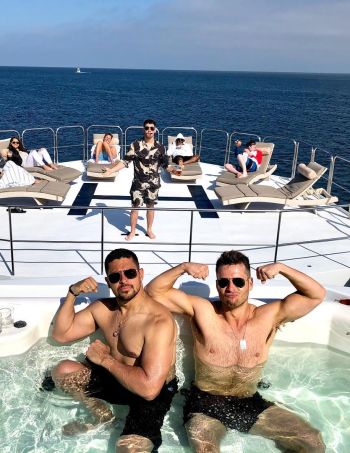 …..
Glen Powell Gay Mermaid? (16 August 2015). Look who’s looking fabulous in his really short shorts? It’s actor Glen Powell! He tweeted the photo below to his Instagram followers (follow him @glenpowell) with the following message: A boy should be two things: classy and fabulous #thisisabaseballmovie.

The baseball movie he must be referring to could be Everybody Wants Some, a movie about baseball players being directed by multi-awarded director Richard Linklater. Watch out for it in April 2016. 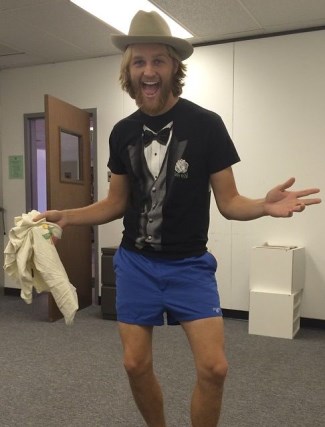 Now, if you are a superfan of Glen Powell, you need not wait that long to ogle at your idol because he’s been cast in the comedy/horror TV series, Scream Queens. It should be airing this coming September.

Glen will be playing frat boy Chad Raswell whom he describes as a dude who “comes from a long generation of cool guys, most handsome, and well-endowed”. Well-endowed, huh? You gotta show proof before we believe you, Mr. Powell. Here’s Glen talking about his character Chad, “the boyfriend of the main character Chanel but he’s also hitting every hot piece of “a” on campus”. [Update: Sorry, video deleted at source.]

Glen Powell Girlfriend? So does Glen have a “Chanel” in real life? Does he have a girlfriend? Is he married? Engaged? Or is he single and still available? Back in 2014 during an interview with Nylon magazine he kinda mentioned that he is more focused on his career. We are not sure whether what he said a year ago still applies but we’re assuming it still does because he does not appear to have a girlfriend at the moment.

Anyhoo, here’s Glen talking about relationships during his Nylon interview: “I have a solid group of friends in California and Texas who understand the unpredictability and spontaneous nature of entertainment. I plan and live in the moment. For me, it’s really the only way. It’s my favorite way. Girls, however, don’t tend to appreciate that. I’m always impressed with actors who are able to maintain relationships on set. It’s an endless series of texting, skyping, face-timing, and phone calls. My first love is acting. You will never see me happier than when I am on a set. I never want to be glued to my phone. I like to be in the moment and enjoy the people around me, which girlfriends also tend to hate. Eventually some girl is going to drop me to the canvas, but for now it’s all about my friends on and off set.”

Glen Powell Gay or Straight? We think he is straight! But maybe he is not because the paparazzi caught him sleeping with Nick Jonas. Here’s the evidence: 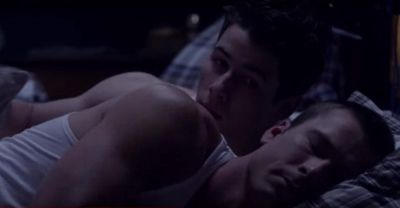 Hehe. Joke. Joke. That’s actually a screencap from their upcoming TV show, Scream Queens. Now, although he is a straight dude, our Glen is not above doing girly stuff such as: dressing up as a mermaid… 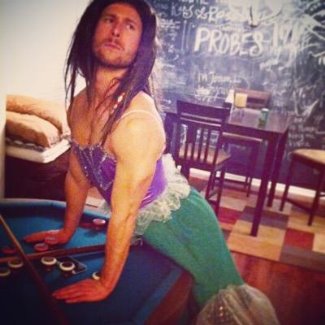 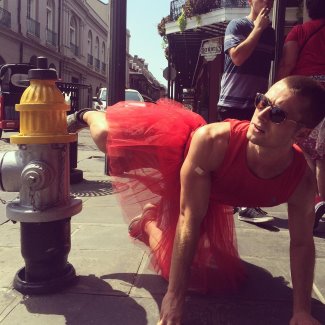 … or enhancing his b**bs with coconuts (pic courtesy of vjbrendan.com). 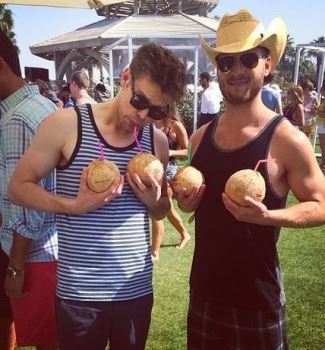 Glen Powell Shirtless and Underwear Photos. Unlike his Scream Queens co-star Diego Boneta, our Glen does not appear to be a fan of shirtlessness so it was a challenge for us to find any shirtless photos of him. But he did go shirtless (and kinda nekkid) in the 2014 movie S*x Ed. Here are some caps from said film: 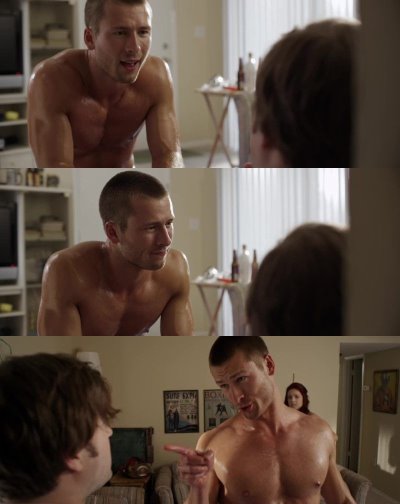 Girlfriend Update: Apparently, our Glenn dated actress Nina Dobrev from 2016 to 2017. They look great together in this photo from a Hollywood event. 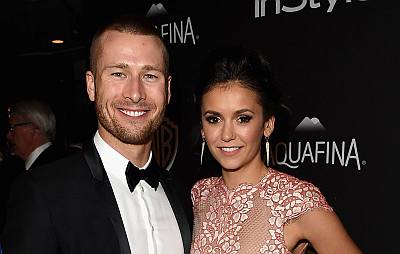 Want More Glenn Powell Shirtless and Underwear Photos? Of course you do. Consider your wish fulfilled. 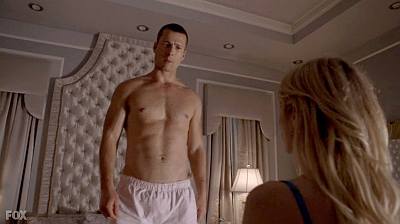 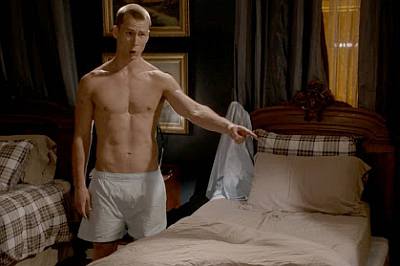 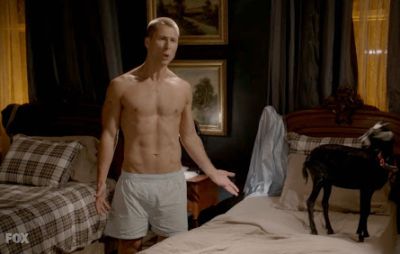