Novak Djokovic Shirtless and Speedo Update. Ahh, Novak. You’re truly the gift that keeps on giving which is why we will always have a soft spot for the guy.

These photos of the tennis star who now has a total of 17 grand slam titles and has banked about US$144 million in prize money were taken two years ago while he was training in Marbella, Spain.

Obviously, the locals were as pleased with his Speedo run as much as we are here at Famewatcher. Yay! 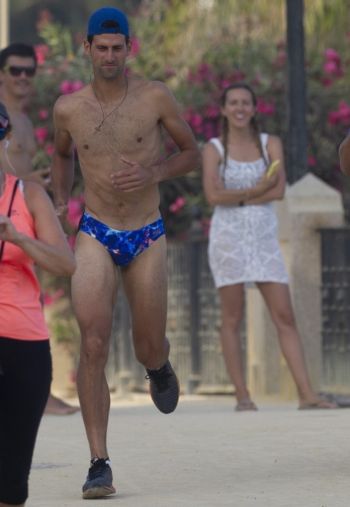 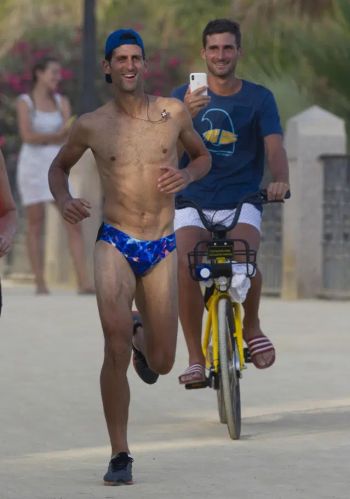 …..
Novak Djokovic Underwear and Shirtless Photos (25 March 2017). Who wants more Novak Djokovic underwear photos? Of course you do. Our Novak has risen up the tennis ranks the last time we blogged about him in 2009. To date he’s earned a total of $62,339,247 prize money which does not include his lucrative endorsement deals.

And he now has six Grand Slam singles titles. Expect to see those numbers rise because our Novak is still young and still going strong. Oh wait, you’re more interesting in his newest underwear photos. Okay, here you go: 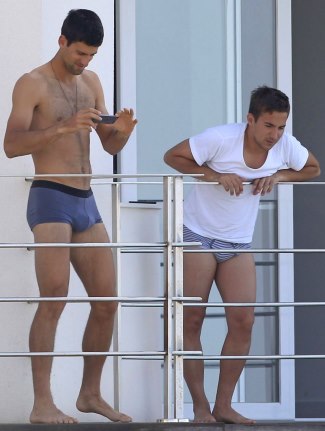 Should we or should we not make a Brokeback Mountain joke? Hehehe. 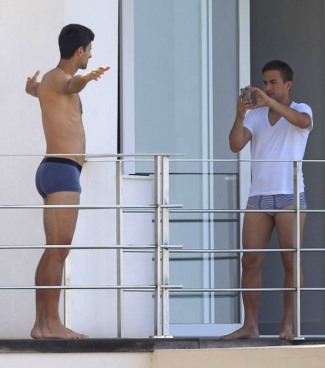 …..
More Novak Djokovic Underwear: Boxer Shorts and Speedo Swimtrunks (posted: 07 June 2011). Let’s have more underwear pics of Novak Djokovic, shall we? Our Serbian hunk was featured in a recent issue of Vogue Magazine and here’s a photo of Djoko in his swim trunks. Nice, huh? 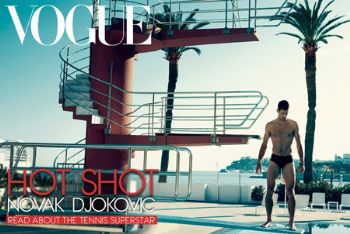 Let’s have a closer look at our tennis star. 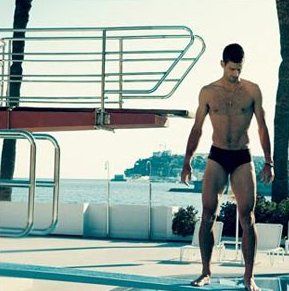 Too bad, that’s the closest we can get.

But, there’s more underwear modeling photos from our Djokovic. Apparently, back in 2007 or two years before he modeled in Montreal, Djokovic also did a runway walk with nothing but his boxer shorts. 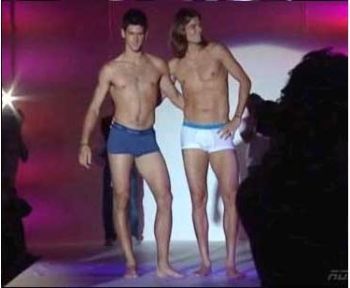 The other dude is Adriano Biasella, an Italian tennis player who attended the University of Southern California or USC. In the ATP, he reached a career high singles ranking of 389.

But let’s go back to Novak, okay? He’s blessed with a hot bum, huh? It’s something that Adriano also appreciates. Hehe. 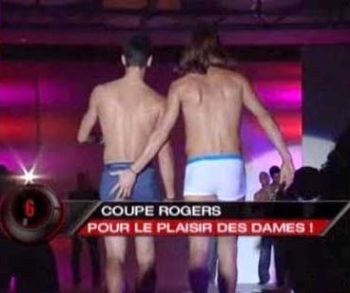 This last photo is for those of you who are looking for Novak’s you know what. Hehe. That’s really a tennis ball in his pants but there’s no harm if you imagine it to be something else. 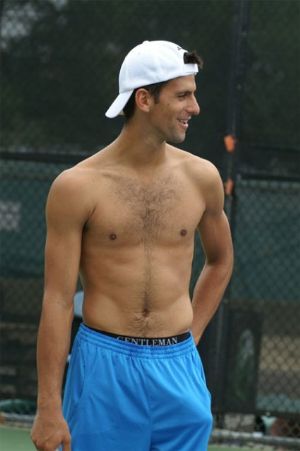 …..
Novak Djokovic Underwear Model in Montreal (posted: 13 August 2009. Awesome! We are seeing Novak Djokovic underwear from a runway show. What’s not to like? The Serbian tennis star may not be having a good year in the tennis tour but, thankfully, this has not prevented him from having fun and from stripping to his underwear during a fashion show in Montreal. 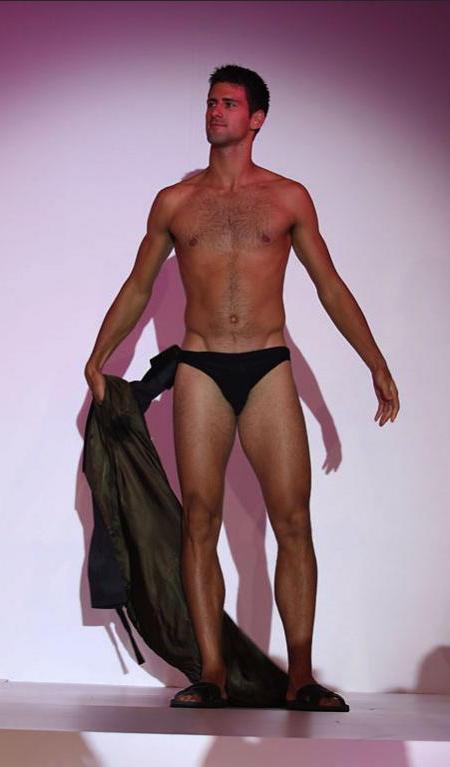 Did we say he did a striptease show? You can bet your ass, he did. He first sported a very short robe. 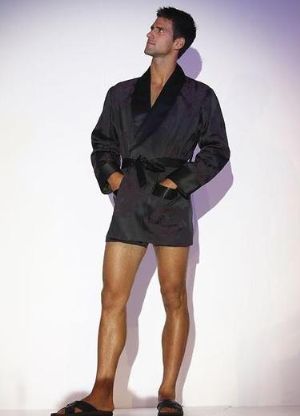 Which he then opened his robe and got rid of it to the delight of the lusty crowd. You sure gave them a show to remember, Mr. Serbia! 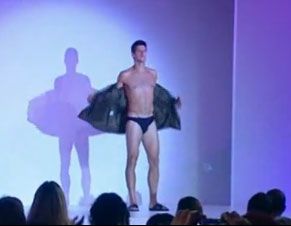 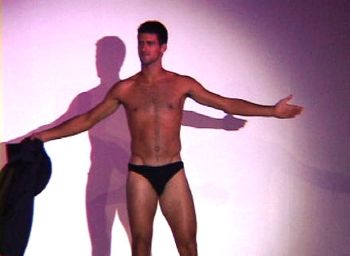 Now, that’s the fun-loving Novak we learned to love. Speaking of Serbian male models, you should check out water polo Olympian Daca Ikodinovic in his undies and fashion model Andrija Bikic.

…..
Novak Djokovic: Shirtless Serbian Hunk (posted: 05 February 2009). Watchu doin’ Novak? Are you a baseball player now? Are you trying to give that A-Rod guy a run for his money? That would be cool, no? What about giving them French footballers a run for their modeling money? You know, those Diuex du Stade guys who like to bare their bodies for their fans. What about it, Novak? 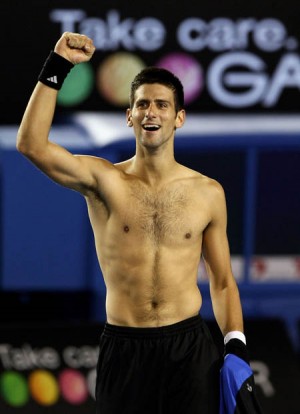