Nico Tortorella Underwear. Hello Famewatchers, did you know that The Following’s Nico Tortorella wears Ristefsky Macheda underwear? We know this because he shared the above photo to his Instagram followers (you can follow him at instagram.com/nicotortorella) with the following hashtags: dirtydrawers. lostmypantsintherain. brooklynsummerseve. notmadaboutit. 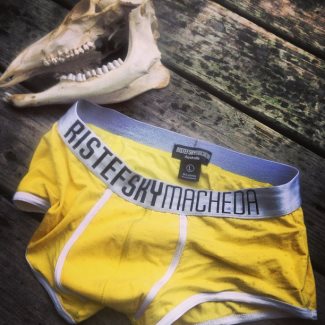 That’s not really dirty is it? We know what a dirty underwear looks like and Nico’s boxer briefs looks like it can still be worn for two to three days. But that’s us. He’s a celebrity so its a given that he’s got to have a higher standard when it comes to clean clothes and personal hygiene. Hehehe.

Want another pic of Nico in his underwear? Check out this still photo showing Nico in a pair of boxer shorts. Pic is from his TV show, The Following, where he was paired as one half of a gay couple (the other half being Adan Canto). 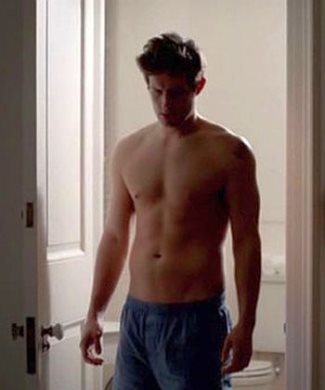 And a bed scene featuring the two lovebirds in The Following.

So what has Nico been up to ever since his character was killed off in The Following? Well, you should look out for him in an upcoming movie Hunter&Game which is scheduled for release in 2014 according to IMDB.

He was also cast in a TV series, Eye Candy, but the powers-that-be decided to recast the show and dropped Nico with other original cast members. What a bummer, no?

Anyhoo, here’s a sexy Nico looking good without a shirt. 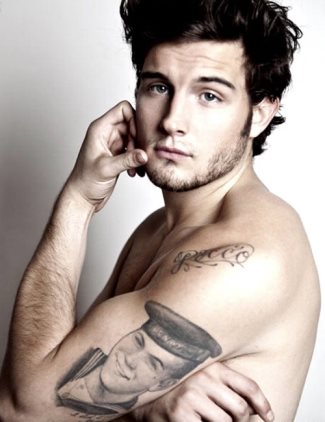 Our hunk poses for Abercrombie in this photo by Bruce Weber.

Does Nico have a girlfriend or is he gay like his character in The Following? Well, the denizens of gay-or-straight.com have rated him as “highly gay”:

Do you agree with the above gaydar rating? Nico superfan Deena disagrees and she points at the actor’s heterosexual relationships as indicators that Nico is as straight as they come. He dated actress Sara Paxton and is rumored to have also dated Lindsay Lohan. Currently, he’s reportedly dating actress Olesya Rulin.