NBA Basketball Players in Underwear (posted 14 June 2013). As promised we’re bringing you Part II of our post on shirtless professional basketball players of the National Basketball Association (NBA) but we’re making it more interesting by focusing on those showing their underwear. Like, you know, Michael Jordan and his Hanes boxer shorts in the pic below. 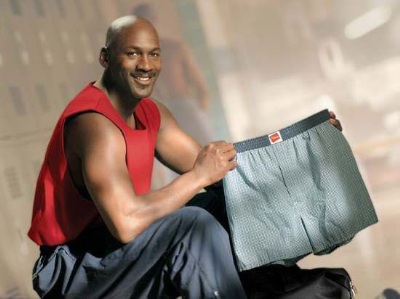 Look who’s wearing a pink Papi underwear? It’s Dwyane Wade, point guard for the Miami Heat. This is reportedly his costume in last year’s Halloween delighting not only his fans who want to see him in his undies but also the Papi folks for the free brand awareness for their brand. 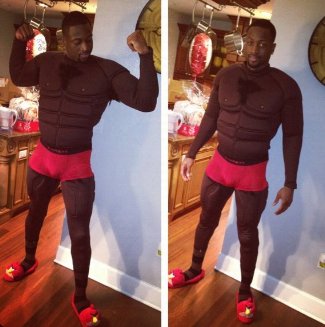 Speaking of pink underwear, check out Shaquille O’Neal in this pair of neon pink briefs which he wore to Jimmy Fallon’s late night show. [Want more pink underwear for men?] 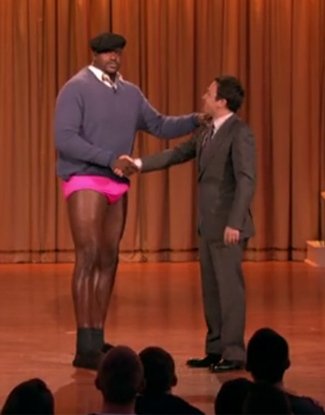 Did you know that Dennis Rodman, probably the most colorful personality that the NBA ever produced, once modeled underwear for Versace? Check out this pic of him and actress Rebecca Romijn. Nice, huh? 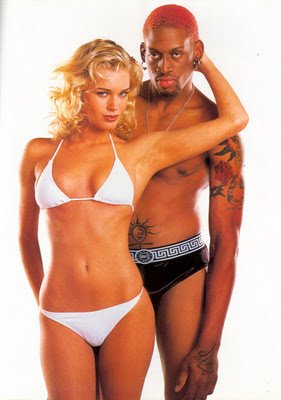 For his part, Dwight Howard is currently one of the celebrity endorsers of German sportswear brand Adidas. Check out the Los Angeles Lakers center in his Flex 360 underwear which “has a contour fit and lightweight ClimaCool fabric for the best mobility and dryness during workouts”. 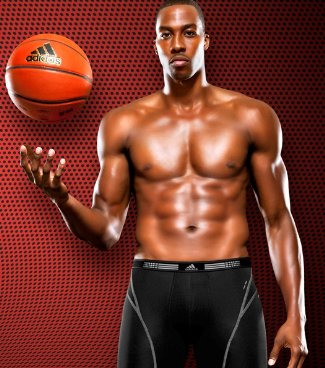 Who’s that guy lounging in his briefs underwear? That guy, fellow Famewatcher, is no other than Kris Humphries who currently plays for the Brooklyn Nets. This pic of the power forward is courtesy of West East Magazine. 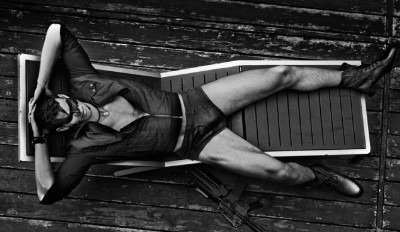 Spanish hunk Wally Szczerbiak who played in the NBA from 1999 to 2009 poses in a pair of boxer briefs. 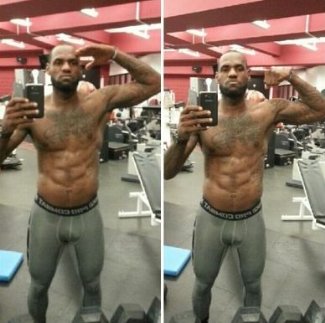 Is Tierre Brown trying to be an underwear model? The 6’2″ guard now plays in Belarus but he played some NBA teams such as the Houston Rockets, the Cleveland Cavaliers, and the Los Angeles Lakers. 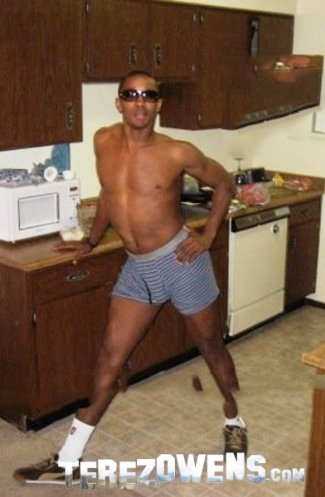