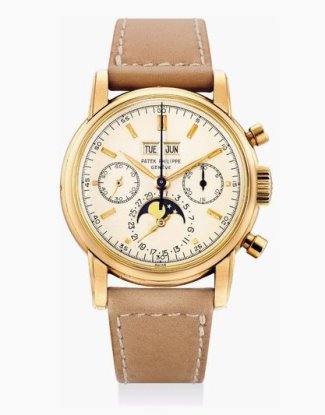 Who would buy a watch for 2.5 million US? Well, obviously one with lots of money to burn. The GQ article didn’t identify the buyer though so his/her name will remain a mystery.

But why is the watch so expensive? GQ tells us why:

Patek Philippe’s timepieces are already among some of the best in the world, prized for their limited production, emphasis on hand finishing, and impeccable timekeeping. It’s not uncommon to see simple time tellers like the Calatrava valued at $20,000 or higher.

But the 2499 is one of the rarest of the watches produced by a company that doesn’t really make that many individual units to begin with. The reference was only in production between 1951 and 1988 (this one was made in 1968). In that time only 349 were released to the market. Very, very few of them were made in rose gold; there are only five others in the entire 2499 assortment that resemble the one that sold today. This one might even be unique. The moonphase complication on most 2499s has a semicircular indentation underneath the opening that completes the circle. Take a closer look at the dial and you’ll notice it’s completely flat. 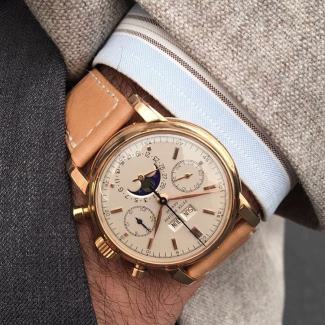 In the watch world, seemingly minute distinctions like that can add up to big bucks on the auction block. But this watch has one other trump card: it’s in really good shape for something that’s almost 50 years old.

So there, now you know why this particular timepiece is the most expensive watch in the world! 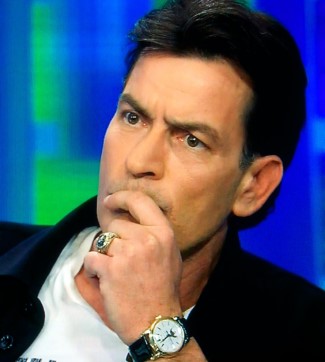 Let’s end this post with this photo of Charlie Sheen and his Patek Philippe watch which ain’t the watch above. Winning!