Joseph Gilgun Shirtless Photos. Are you loving Joe Gilgun as the Irish vampire Cassidy on the new AMC TV series Preacher? Our friend Deena sure is love, love, loving Gilgun and she asked us to do a post on him so of course we are following Deena’s directive.

Since we are all for shirtless famous celebrities here at Famewatcher, here are some Joseph Gilgun shirtless photos. Here’s Joe as Hydell on the 2012 science fiction movie Lockout. Deena sez: He looks scary for sure but not scary enough to not want to shag him. Hehe. 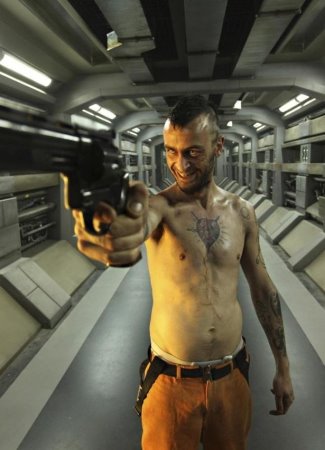 Another Joseph Gilgun shirtless pic, this time with his posse. 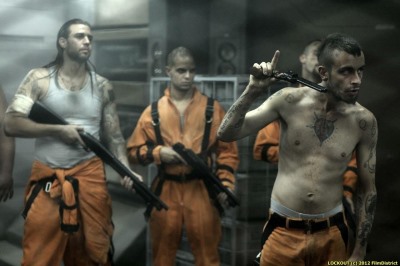 Is Joseph Gilgun Gay or Straight? He is straight according to the voters of gay-or-straight.com:

However, he’s done some gay roles like in the 2014 movie Pride about how the LGBT community in Britain helped striking miners in the 1980s.

He is also kinda gay with Misfits costar Iwan Rheon: 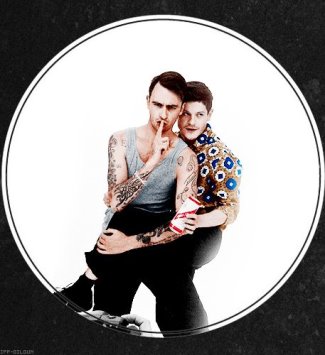 Joseph Gilgun Girlfriend. Is he dating anyone at the moment? Does he have a girlfriend? Is he married? Apparently, he is currently single so you similarly singly ladies have a chance to take a crack on Joseph.

In the past, he reportedly dated This is England co-star Vicky McClure. Here’s a photo of the two during a red carpet event. 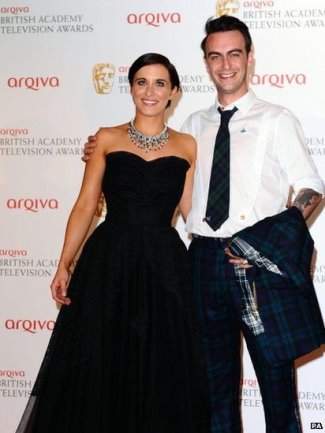 Want to check out Joe in his underwear? Well, here’s our last Joseph Gilgun shirtless photo. Apparently, he likes him his boxer briefs. 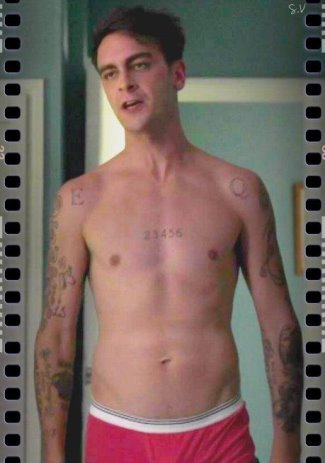 Let’s end this post with this quote from Joseph about how he bagged his role as Cassidy on Preachers (via esquire.com):

How did you land the role? Did you just go in and were like, “I’m going to fuck shit up?”
Well, kind of, to some degree. They sent me the job and I was like, “Oh, sexy vampire, I don’t know.” [Groans] I don’t really like doing things as a general rule; I quite like to be chilled out on my own, dope and, you know, swearing, coming up with silly names and shit with my friend Dave, you know what I mean? And so the other day we were coming up with a name for the urethra and we decided to call it ufranklin, Urethra Franklin. That’s the shit I like doing!

How different is Cassidy from you? You’ve played a bunch of characters in the past like Rudy [from Misfits] and the guy from This Is England—kind of charismatic, hedonistic, you know, mouthy dudes. Is this a bit of a stretch for you? Or were you just like ‘This is me’?
Yeah, it’s me, really. To some degree. Including the dark sides as well. It’s not every day I have to dig deep. There’s days where you do have to dig deep, but as a general rule, it feels pretty natural. Like, I can just put a bit of an accent on and give a “give-a-fuck” attitude just like Cass. I’d love to be able to sit here and go, “No, I’m one of those actors who really finds it.” And it’s not like that.

Don’t get me wrong. Unlike Cassidy, I’m not like, social. I like my own time. I don’t go out drinking and doing, like, mad amounts of drugs anymore. Dom [Cooper, who plays Jesse Custer] and Ruth [Negga, who plays Tulip O’Hare] are bigger partiers than I am. I’m straight in bed at like nine o’clock. I fucking love an early night. I’m at that terrible age—I’ve become that bastard. I’ve done it. I still have a bit of rock ‘n’ roll about me in the sense that I’m blazed out of my mind the entire day, but as far as being an actor, I take my job very seriously. I know I’m very lucky to be doing it at all, so the least I can do is arrive on time and be relatively sober. It’s a fucking big deal to me. My other option is a building site or fucking selling drugs, and I don’t want that.

Do you think you can make vampires cool again?
I have no intention of making vampires cool. Absolutely not. They’re not cool. They’re fucking stupid rancid people who lead a terrible life. So no, I’m not in it to make them cool. Don’t let Cassidy be a window on your future. If that’s your role model, you are fucked. Honestly, I have no intention of making him a cool dude. If people find him cool, then fantastic. I’ll always be very flattered by that, but the way I’m playing him is as a moronic turd. As long as I stick to the turd formula, I’ll be alright.

We’re guessing is cool to say that Joe is the anti-vampire vampire?