Miley Cyrus Plastic Surgery Before and After Photos. Did Miley Cyrus undergo some cosmetic surgery to improve her nose? Her nose looks smaller now that in the past so we won’t be surprised if she had a rhinoplasty. After all, practically everyone in Hollywood has had some cosmetic procedure to enhance their looks. A-listers like Nicole Kidman to pretend D-listers like Kathy Griffin had some form plastic surgery for cosmetic purposes, so we won’t be surprised if a star like Miley decided to get herself a nose job. Want more celebrity plastic surgery?

…..
Miley Cyrus’ Toxic Jewelry Withdrawn By Walmart (20 May 2009). Have you bought yourself a Miley Cyrus jewelry from Walmart? Uh, oh! Make sure you don’t ever ever bite, suck, lick or put it in your mouth. Chances are, that jewelry you bought to support Miley’s “non-music endeavors” contains an unsafe level of cadmium which can lead to bone softening, kidney failure, and other health conditions. 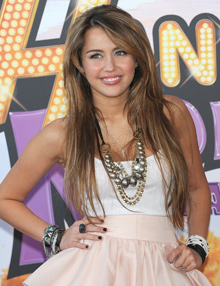 According to TMZ, Walmart was aware of the toxic content of the jewelry but continued to sell Miley’s jewelries. Profits before safety eh, Walmart? It was only after the Associated Press made a report on this matter before the Walmart peepz decided to no longer sell the jewelry while the company investigates the jewelry’s compliance with its children’s jewelry standard.

…..
Miley Cyrus in Jenny Packham Dress: Red Carpet Fashion (07 July 2010). Miley Cyrus has a tendency to be as skanky (pole dancing, racy cell phone photos, short shorts) as them three Kardashian sisters. However, let’s give her credit for her simple but sexy elegant look in this Jenny Packham strapless dress during the last Academy Awards. Now this is the kind of Miley we want to look at. 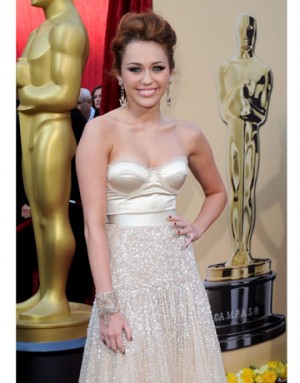 …..
Miley Cyrus’ Underwear as Outerwear (20 September 2010). Apparently, American tween singer Miley Cyrus is a fan of the underwear as outerwear fashion style. It may be a questionable style (or a tasteless one according to Kevin) but it’s still a fashion style. We wonder if Miley will look at these photos ten/twenty years from now at laugh at how ridiculous she looks. 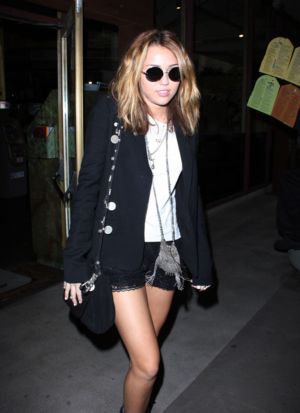 You know, like how today’s aging hippies laugh at their pictures when they see themselves wearing bell bottoms? 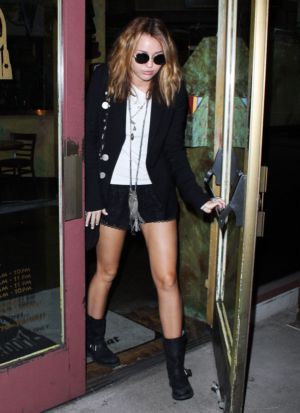 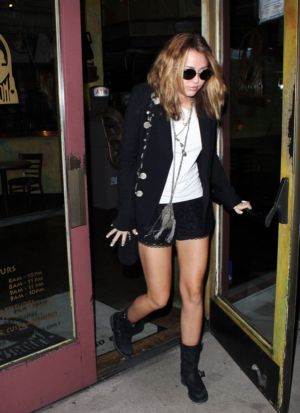 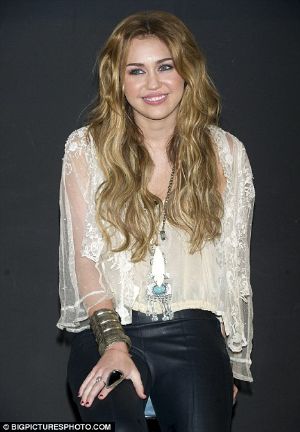 What do you think of her outfit? Awesome or bad? How would you compare her to these other Hollywood girls in leather pants? 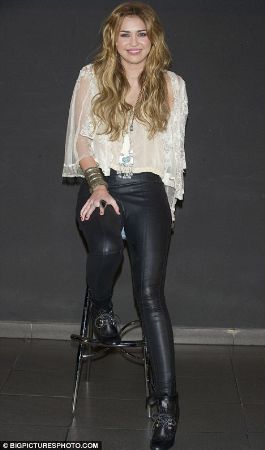