Logan Lerman Underwear, Shirtless, Gay or Girlfriend. Nearly eight years later, we are updating this post to bring you some shirtless photos of our Logan from a photoshoot he did with Interview Magazine in 2014. It’s for those of you googling “Logan Lerman smoking” because the guy is literally smoking in the picture. Of course, it goes without saying that he’s smoking figuratively too. 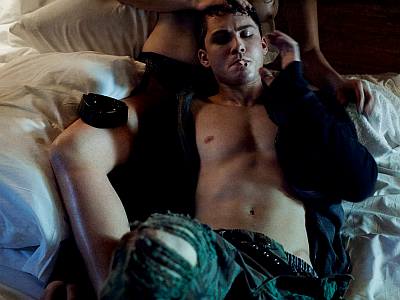 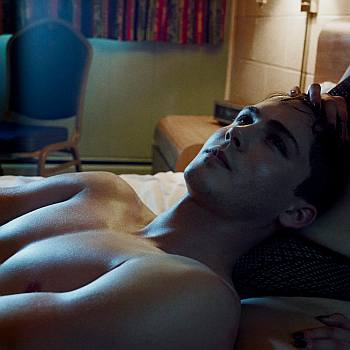 What’s up with the peekabo boxer briefs underwear? 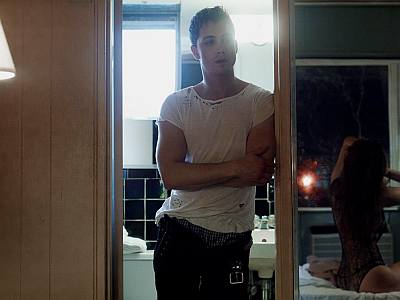 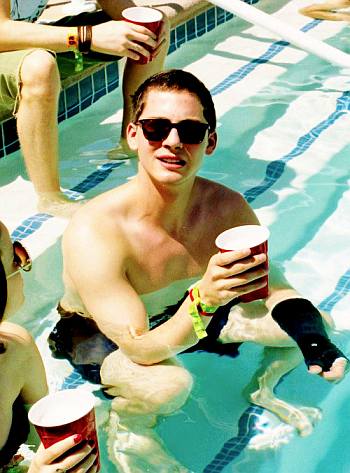 Logan Lerman Gay or Straight. He is straight but Ezra Miller’s character in Perks of Being a Wallflower thought Logan’s character was a friend of Dorothy and, in one of the most emotional clips from the movie, stole a kiss from Logan. 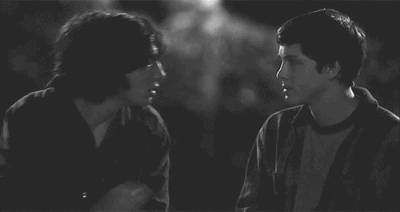 Logan Lerman Girlfriend. He is dating ceramic artist — think Demi Moore in Ghost — Ana Luisa Corrigan. Here are photos of the two we grabbed from their social media accounts. 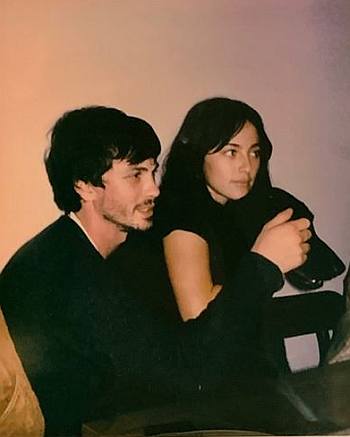 Shall we call them Logana? 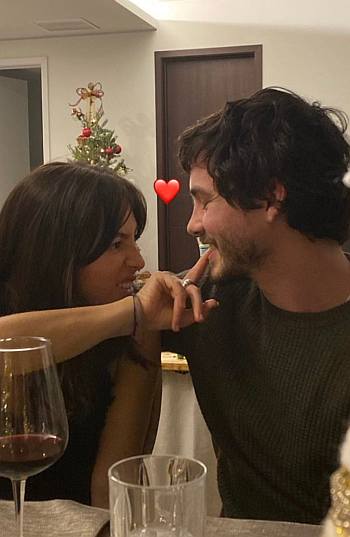 Boy, ain’t he a total grown up now with his beard and all. 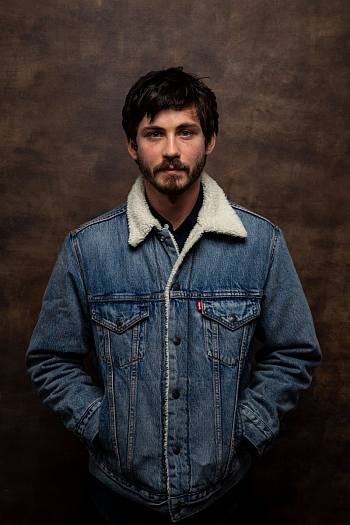 …..
Logan Lerman Underwear: Boxer Shorts from Ellen Degeneres (posted 20 September 2012). Does Logan Lerman wear boxers or briefs underwear? Well, according to these still photos from his appearance on the Ellen Degeneres show, our twenty-year-old actor loves him his Ellen boxers underwear. 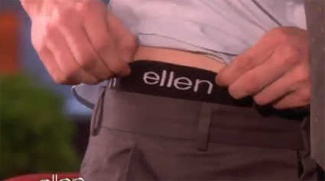 But let’s have more of Logan and his Ellen underwear, shall we? 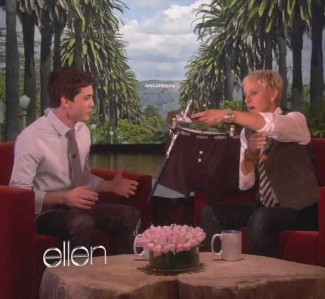 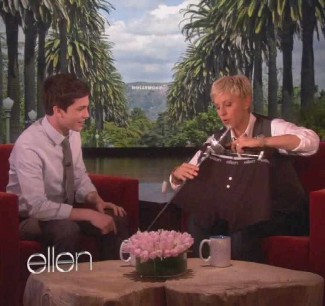 So what do you think of your Ellen underwear, Logan? 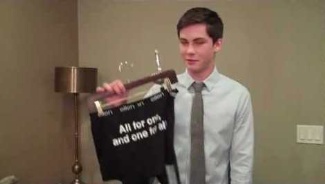 You want the video version of the above pics, don’t you? Your wish is our command. Here you go:

The video was taken last year when Logan guested on the Ellen Show to promote The Three Musketeers where he was cast as D’Artagnan. Its a pretty good movie but, sadly, it had an anemic box office result grossing only US$20 million in the U.S. and Canada (and US$112 million overseas). We’d have wanted to see a sequel but its unlikely to happen.

Still, Logan is a talented young man and, to use the words of Ellen in the video above, “the next big thing in Hollywood” so his star will continue to rise.

In fact, he’s getting pretty good reviews in his latest project, The Perks of Being a Wallflower, where he co-stars with Emma Watson. We’re looking forward to watching this movie because Anderson Cooper can’t stop raving about it. Haha.

Anyhoo, for those of you who are wondering whether Logan has a girlfriend, whosdatedwho.com lists five girls that Logan is rumored to have dated in the past (maybe he continues to date one of them): Frances Bean Cobain, Selena Gomez, Alexandra Daddario, Alexa Melo, and Zoe Aggeliki. Not bad for a young 20-year old dude, no? But please note that the list is based on rumors and we don’t really know if there’s truth in them.

Want more Logan? Check out an earlier post we wrote about him: Logan Lerman Jeans and Shoes Fashion Style.