Mikhail Marinovich Shirtless Model and College Football Star: Over two years since we blogged about him, Mikhail has made it to the sports section of two prestigious papers, The New York Times (September 2011) and Boston Globe (October 2010). You can’t be more mainstream than that, no? 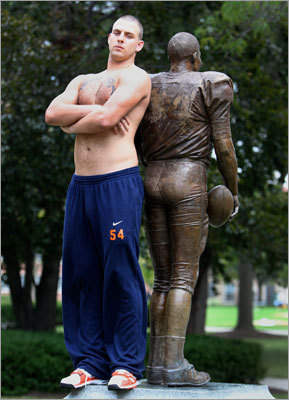 In these two news reports, we find out that Mikhail continues to play college football as defensive end for Syracuse University, that he continues to look good shirtless (or even when he’s wearing something), and that he’s now a very much married man (sorry ladies, this football stud’s now taken). 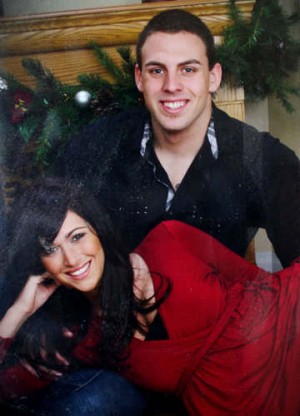 Both news stories touch on how he’s trying to establish a new, positive image for the Marinovich family following the disastrous NFL career of older brother Todd who’s promising football career was derailed by drug use and addiction. Sadly, Todd’s past issues with drugs is being used to jeer his younger brother on the football field. Good thing he’s not discouraged by it.

He told the Boston Globe: “Yeah, I get heckled at other places,’’ he says. “They say ‘Marijuanavitch, did you hit the pipe before the game? Lay off the coke and maybe you’ll win more games.’ I ignore it.’”

Mikhail and his dad, Marv, had a testy relationship (according to the NY Times, Mikhail called Marv “the second worst sports dad” after the father of tennis star Mary Pierce), but that’s already water under the bridge.

It may be a challenge trying to repair his family’s image but Mikhail appears to be succeeding. We wish him luck, we hope he makes it to the NFL, and that he has a very successful career in the league. 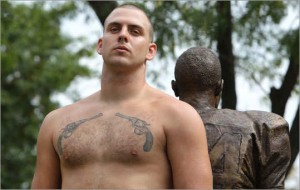 Let’s drink to that manly hotness! 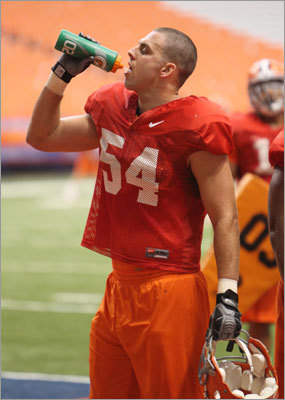 …..
Hot Russian Male Model: Mikhail Marinovich Shirtless College Footballer. Are Russian girls way hotter than Russian men? We ask because its quite a challenge looking for hot Russian men in the internets whereas you can find a cute Russian gal in one click.

But anyhoo, maybe we were just not looking in the right places because here’s a Russian model (actually he’s Russian-Croatian-American) who looks hot. 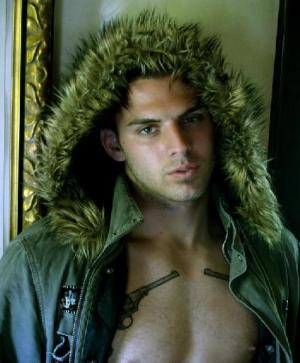 And he’s a footballer too so that makes him double-hot. Anyhoo, this dude got himself some mention in Deadspin because of his rare combination of modeling and footballing abilities.

From Deadspin: Pictured is Mikhail Marinovich, current defensive end for Syracuse, younger brother of the perenially-down-on-his-luck former Robo QB, and aspiring male model (site semi-NSFW, with uncomfortable levels of chiseled guys in their underwear). Mikhail is interested in getting into the business because he just “recently discovered that [he] had a gift for it.” I’m not sure exactly how that happens, but I bet there’s a Ouija Board involved.