Shirtless Men in Faded Jeans: Teens, Male Models, Celebrities. What’s the formula for a nice picture? Well, take three cute country boys wearing faded blue jeans. Line them up in front of a horse/cow barrier or whatever that thing is called. Ask them to open their shirts. Ask the guy with the six pack abs to stay at the center. Ask the guy in ripped jeans to tease viewers by showing the top of his white underwear. And have the guy who looks like James Franco (or his long lost blond twin) point to where his manhood is located. 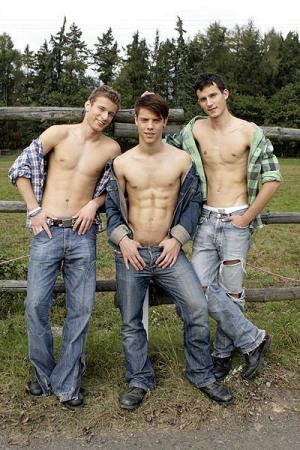 …..
Hot Guy in Ripped Jeans: Jody Windsor, Euro Male Model (07 December 2009). We must admit that we think mens ripped jeans are kind of silly but we must also admit that some guys look sexy in them. Like the cute blond guy we blogged about earlier for instance. 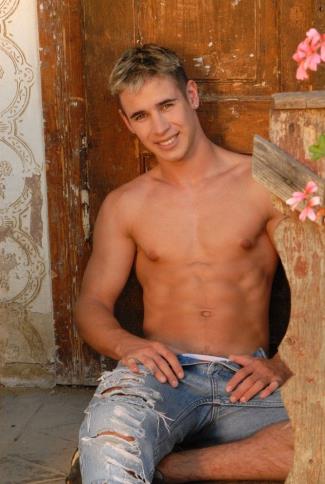 And like this Euro male model, Jody Windsor. Good looking kid, isn’t he? Nice photo of him below removing his torn jeans to show us his multi-colored underwear. Hmmm.

…..
Shirtless Men in Faded Jeans: Male Models and Celebrities (25 March 2012). Of course you want more hunky men in faded jeans, don’t cha? So let’s have more of them starting with our imaginary French boyfriend Adam Senn posing in an ad campaign for Industrie Jeans. 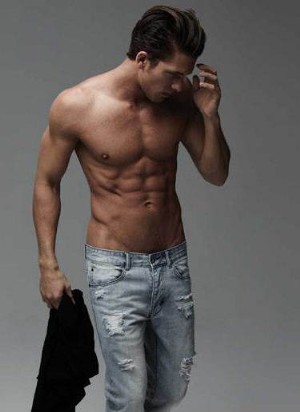 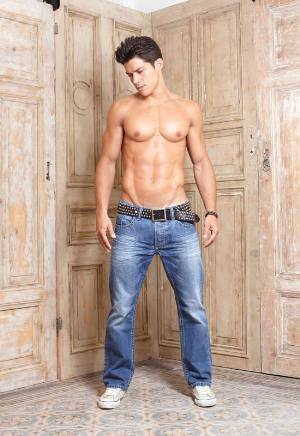 Another Brazilian hottie, Diego Miguel — modeling for Blanco Jeans — in jeans and athletic shirts which is one of the most classic ensemble when it comes to menswear. Diego is currently ranked by models.com in its Top 50 Male Models list. Here’s what they say about him: “The Brazilian with the beautiful body has already worked with some of the top clients in the business. From Calvin Klein to Dsquared2 (scoring also a fragrance spot with them), Diego’s definitely one to watch.” 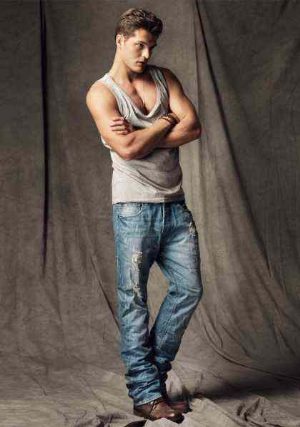 When it comes to faded ripped jeans, we can’t ignore Dolce & Gabbana in this update because a few years back the fashion house kinda “mainstreamed” this fashion style. 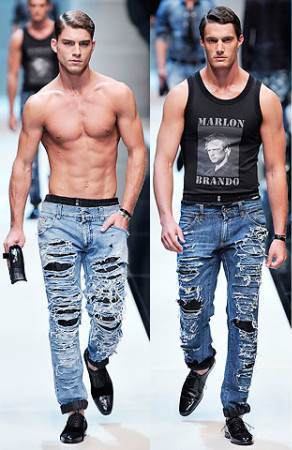 Musician-turned-top-male-model Josh Beech (of the group Josh Beech and The Johns) go shirtless in this photo for the Fall/Winter 2010 advertising campaign of Hudson Jeans [Want more men in Hudson jeans? Check out our post on Adam Gregory’s Underwear & Hudson Jeans.] 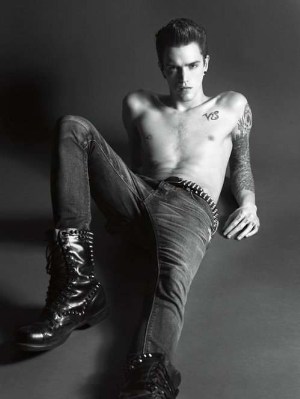 Like Diego above, Josh is in the models.com list of Top Male Models and, in fact, lands higher at number 11. Here’s what the site says about Josh Beech: “The ultra charismatic Josh Beech is the epitome of rough-around the edges masculinity and the essence of London cool. The lead singer of the rock band Snish, he oozes that old fashioned rock sexuality all while balancing a full chart of nonstop modeling options. With the buzzed about Vogue Hommes International cover and editorials galore, this maverick young English lad is most definitely coveted, right this moment.”

Finally, here’s an interesting behind-the-scenes photo for a JFour Jeans ad featuring a bearded male model we can’t, unfortunately, identify. Apparently, JFour Jeans is an Italian brand. Never heard of it before so we hope to do a post about it in the future. 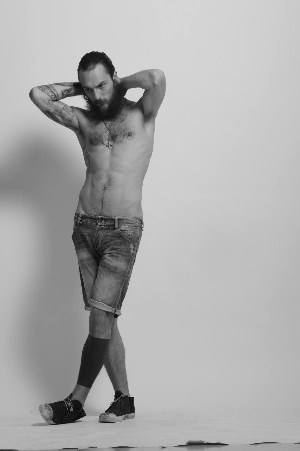