Michael Bradley Shirtless. We don’t need any more proof that bald men are hot but here’s another — Michael Bradley. Michael is a 28 year old football (or soccer for you Americans) who currently plays for Toronto FC. He is also the team captain of the US men’s national soccer team.

Michael made headlines recently when he expressed support to the victims of the Orlando gay bar massacre by wearing a rainbow band during a soccer match. 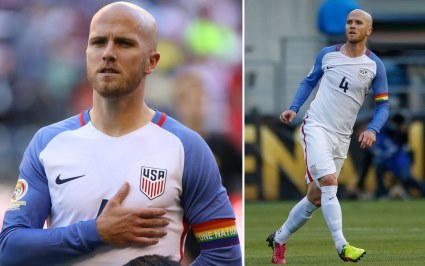 Is Michael Bradley Gay or Straight? He is not gay but, because of on his act of support mentioned above, you can call him a very supportive straight ally to the LGBT community.

Michael is married to wife Amanda Barletta. Here’s the couple with their first born, son Luca. They also have a daughter named Quinn Elle who was born two years ago. 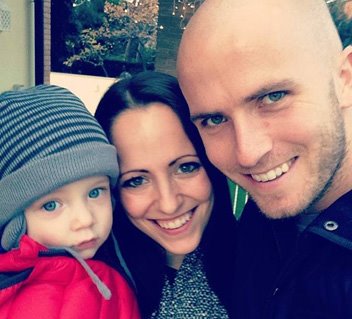 You want some fun fact about Michael Bradley? Turns out he is a homebody. Or homedaddy. From mlssoccer.com:

“I like to spend time with my son, with my wife. I like to be at home. For me there’s nothing better because we travel so much as footballers,” Bradley said. “For me, I’m a simple person. There’s not much else. There are not a million other things. For me, it’s my family and my soccer.”

We are sooooo falling in love with this guy. And why not? First of all, we love us our sexy bald guys. Then, he supports the gay community (which our dear friend Kevin appreciates). Then, finally, he’d rather stay at home and take care of his family. What’s not to love about a guy like that, huh? 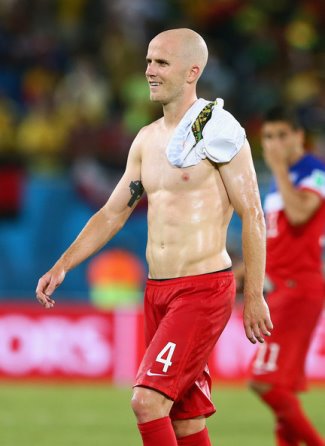 And we have more Michael Bradley shirtless photos for you because we know you want more. Hmmm. Does our bald hottie look better with facial hair or without? He is hot either way but we’d rather he’s got no beard. But that’s us. What about you? 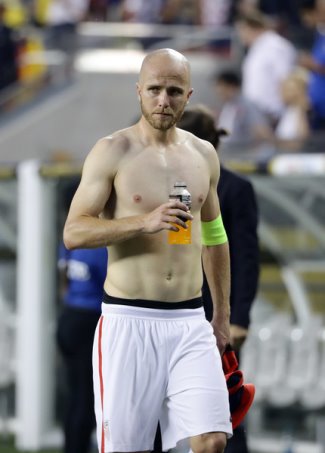 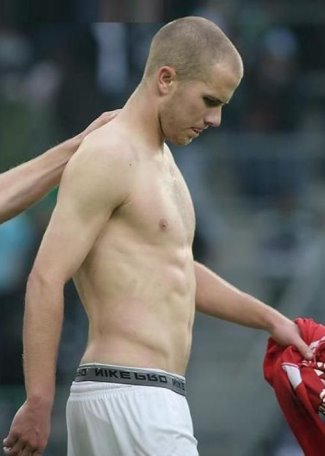 Boxers or briefs? We see him wearing briefs below therefore it is probably safe to assume that he is a briefs kind of guy. 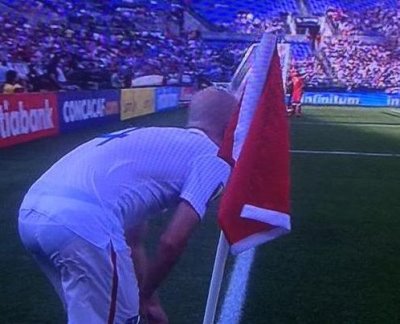 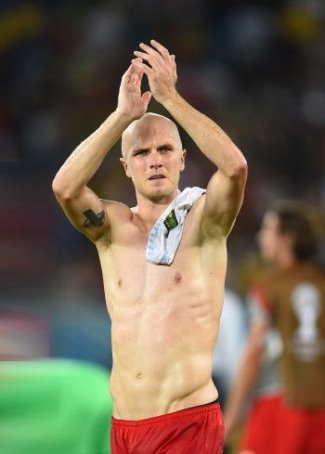 You want another hot bald guy? Check out our post on Mark Strong.