Mens Winter Cardigan: The Best From JCrew, Missoni, Issey Miyaki. Want to keep warm this fall/winter? You’ll never go wrong with a cardigan. They’re warm and comfortable. Sure, cardigans tend to be bulky but we are gonna bet that you wouldn’t mind the bulkiness if your cardigan is as stylish as the one below. Seriously, isn’t this a fabulous outfit? For those of you wondering where to buy something like this, try the Issey Miyake Fall/Winter Collection. 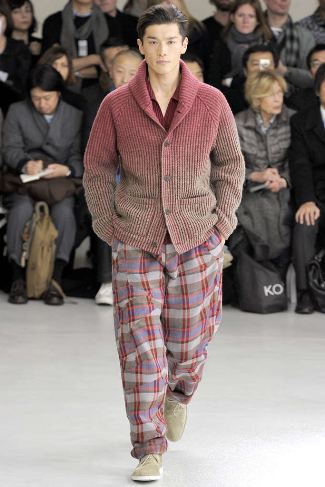 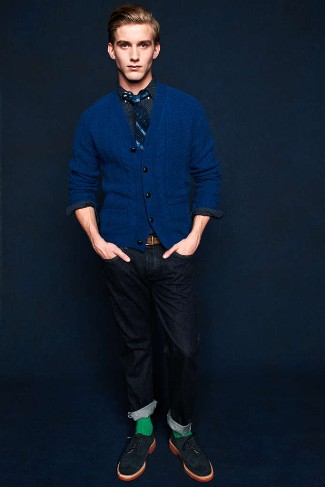 Last but not the least in the latest cardigan offerings from the various designer labels is this Missoni men’s cardigan. 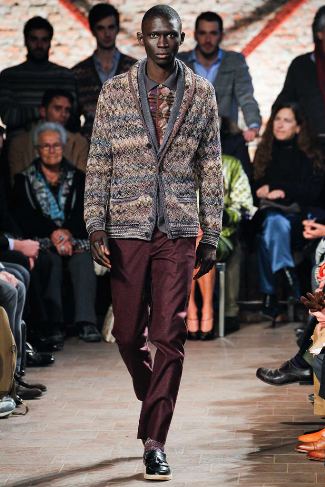 Now, let’s check out the cardigans that your favorite male celebrities are wearing, okay? We begin with our favorite tennis player, probably the greatest tennis player of all time and a male fashionista to boot: Roger Federer (seen below with the love of his life Mirka). What’s that cardigan he’s wearing and how much does it cost? 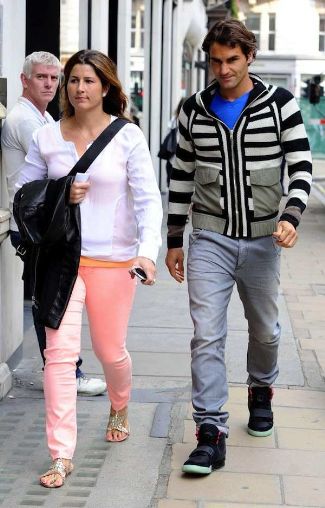 Upscale Hype says Roger’s cardigan is from the Alexander McQueen menswear collection. You can buy one for a whooping $1,447 US. Uh, oh! That’s too much for a cardigan, isn’t it? But Roger’s shoes, a Nike Air Yeezy, is more affordable at $245 US.

Next up in our group of cardigan-wearing celebrities is NFL football star Victor Cruz (of the NY Giants) who’s seen below wearing a red cardigan from the Japanese fashion label, Commes de Carcons. This is one of the less bulky cardigans out there and its good for slim guys who want to show off their slimness in winter. How much is Victor’s cardigan? You can have it for $410 US. 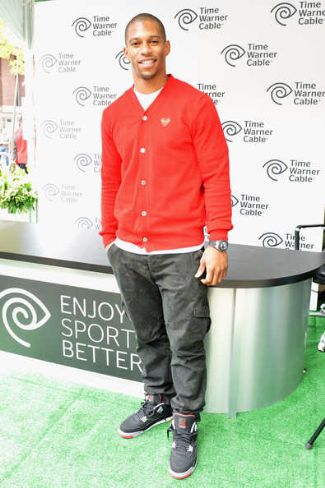 Finally, here’s our football boyfriend (yeah, he’s still our imaginary boyfriend even if he’s very much married) Tom Brady looking like a geek (but still oozing masculinity, it must be said). The cardigan he’s wearing is from Rag & Bone and reportedly costs $255 US. Want to see Tom Brady’s Tighty Whitie Underwear? 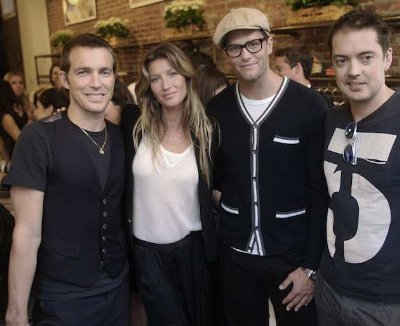 Who are these guys with our Tom? That’s his wife, you dummy. The two guys are Rag & Bone designers David Neville (left) and Marcus Wainright (right). So now you know. Haha.