Looper Leather Jackets: Bruce Willis and Joseph Gordon Levitt. What leather jacket is Bruce Willis wearing in these photos from his latest movie, Looper? Our default response would be Belstaff because it makes a lot of movie jackets and because it appears to be the jacket of choice of costume designers but Bruce’s (or old Joe’s) Looper leather jacket may actually be from Hugo Boss, it looks like a Jerie, doesn’t it. 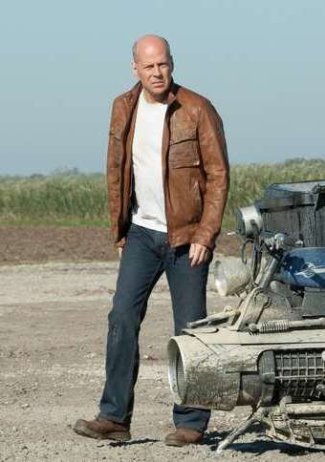 You can see a Jerie in an earlier post we wrote about Hugo Boss Leather Jackets but here’s a pic for easier comparison with Bruce’s Looper outfit. 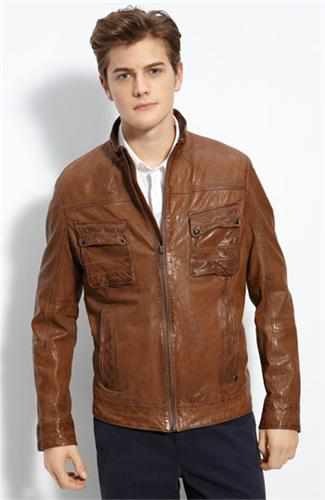 They look like the same jacket, right? We know you agree. As we noted in the post we linked to above, this jacket is priced at $545 US. Still pricey for us but not as scandalously expensive as Roger Federer’s Alexander McQueen cardigan.

Oh wait, why are we suddenly talking about silly cardigans, let’s go back to Bruce Willis and his Looper leather jacket, shall we? Check ’em out: 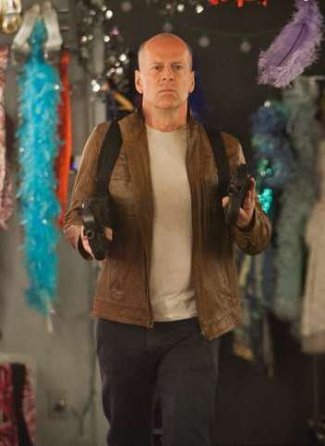 The two Joes confront each other. 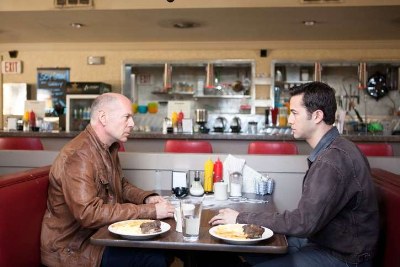 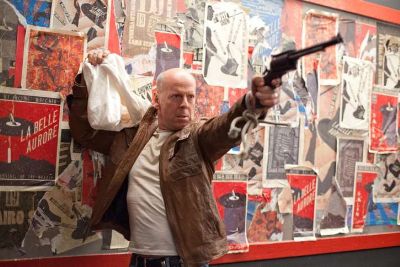 Speaking of the younger Joe, played by the talented Joseph Gordon Levitt, what leather jacket is he wearing in this movie? 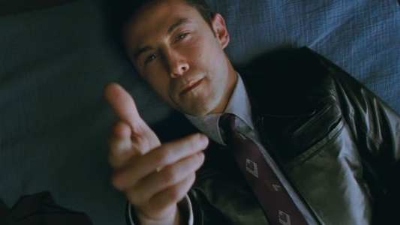 The guys at filmjacket are speculating that this black leather jacket is designed by Jonathan Logan (maker of Leather Apparel for Men and Women). 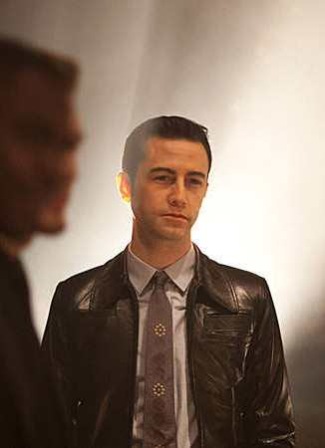 UPDATE: Actually, there’s no need to speculate because the designer confirms that he did make Levitt’s leather jacket with this message (via filmjacket.com’s forum): “The jacket I made was for Joseph Leonard Gordon-Levitt. Its a Black leather jacket…”

So there. Now you know that Bruce Willis’s leather jacket is from Hugo Boss (99.9% sure but we are only basing it on the similarity of the jackets) while it is confirmed that Joseph Gordon-Levitt’s jacket is a Logan creation.