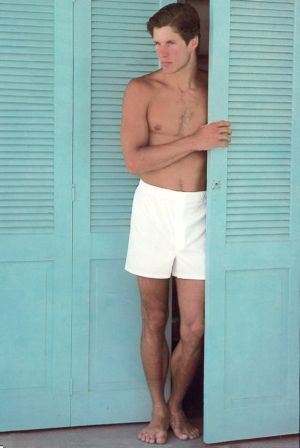 Too bad, men these days have forgotten the awesomeness of short shorts. They are all about those “shorts” that go past the knee. We are putting “shorts” in quote because those ain’t actually shorts. And whoever introduced the “past the knee shorts” should be jail for a crime against men’s fashion. Hehe. Anyhoo, here’s another photo of our Jeff chillin’ in his shorts which he made even shorter by folding the edges. 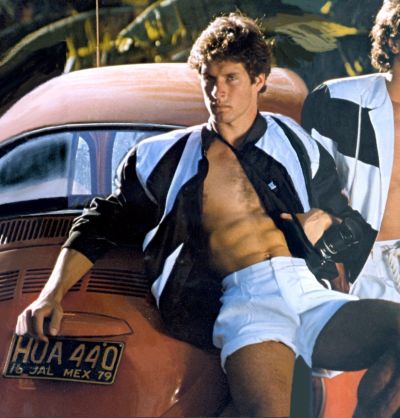 …..
Vintage Swimsuits for Men: Jeff Aquilon, World’s First Male Supermodel (posted 20 September 2010). Oh wow. Our Jeff aka our imaginary supermodel boyfriend is fit and bendy. Was he a former gymnast or something? Or maybe he is into yoga? 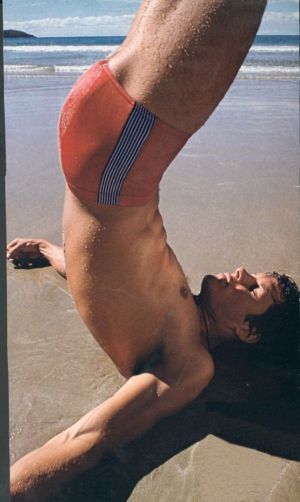 Are outfits from the 1980s old enough to be considered vintage? We think they are. So here are some vintage swimsuits for men modeled by the world’s first male supermodel, Jeff Aquilon. You can see more of Jeff’s male fashion advert photos in our earlier post about vintage underwear from the ’80s. 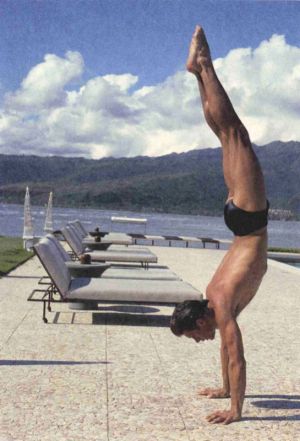 At first, we thought these were two guys doing handstands at the beach but our friend Kevin noted that this is a photoshop of two images of the same guy — Jeff Aquilon of course. We think Kevin is right, no? 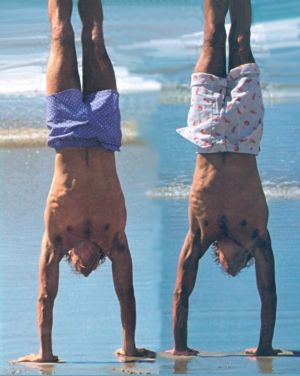 Aww. Our imaginary boyfriend has got a great smile. Swoon, swoon, swoon! 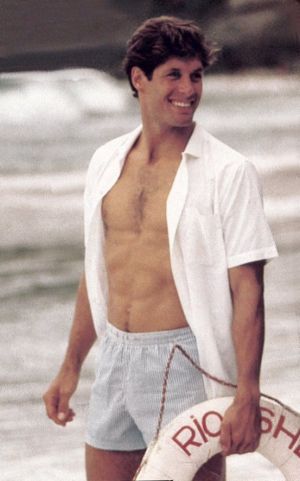