Lacoste Tennis Shorts for Men: Andy Roddick (posted 14 January 2010). Fun pictures of Andy Roddick and his Lacoste tennis shorts. This is the price you will pay when you become a celebrity. Everything you do is caught on camera and preserved in photos like this. Even kinda private and embarrassing moments like scratching your groin area is going to be shown to the rest of the world. But if you’re making millions of dollars like Andy Roddick, there’s no point really in complaining about it, no? 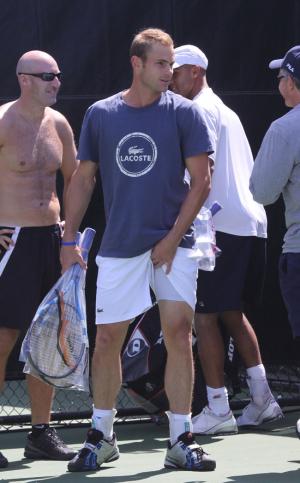 Anyhoo, Andy is looking good in his white tennis shorts, no? Makes us wish they bring back the above-the-knee length tennis shorts like this which are sexier than the neither-short-nor-long tennis pants that pros wear these days.

Want more tennis hunks? Or you might want to check out these celebrity men in short pants instead? 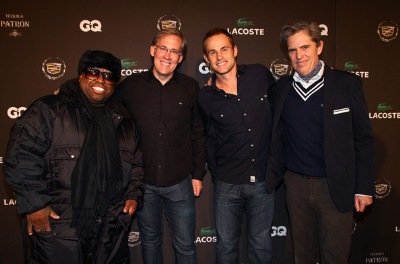 American tennis star Andy Roddick, one of the image models of Lacoste, is wearing a Lacoste shirt (what else, huh?) during a Superbowl party co-hosted by GQ Magazine and Lacoste. Roddick partied with singer Cee Lo Green, Lacoste executive Steve Birkhold, and GQ publisher Peter King Hunsinger. More photos of Andy after the jump.

Is our Andy starting to lose his hair? OMG. All of us are getting old. Don’t worry Andy dear, even members of the royal family have hair issues too. 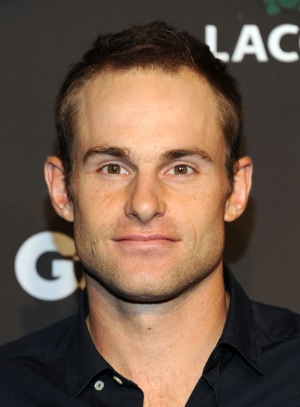 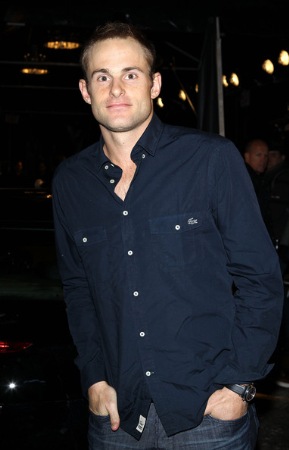 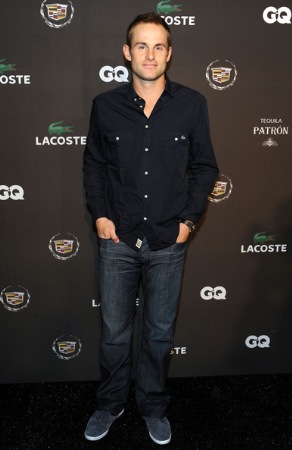 Tennis Stars in Lacoste Tennis Shorts Update (posted: 15 June 2011). Speaking of tennis stars and their Lacoste tennis shorts, here’s the iconic photo of legendary tennis player Arthur Ashe playing in in his Lacoste shorts. Ashe is a former world number one tennis player. He has three Grand Slam Titles (Australian Open 1970, Wimbledon 1975, and US Open 1968) and a total of 33 singles titles. The French Open is the only grand slam that eluded his grasp but he did reach the Roland Garros quarterfinals in 1970 and 1971. 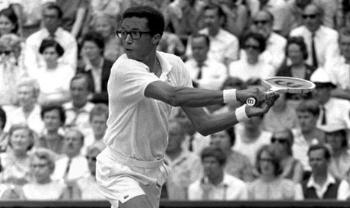 In today’s men’s tour, tennis players – aside from American Andy Roddick – who serve as image models or ambassadors of Lacoste include Frenchman Jeremy Chardy and Swiss Stanislas Wawrinka.

Jeremy turned pro in 2006 and has reached as high as #31 at the ATP Tour singles ranking. Currently, Jeremy has one singles title which he bagged in 2009 at the Mercedes Cup in Stuttgart, Germany. 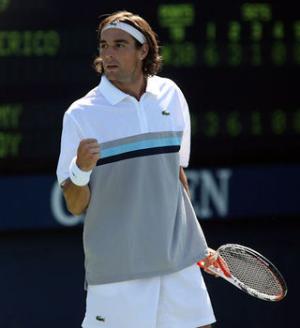 Meanwhile, Stanislas may be playing under the shadow of Swiss tennis great Roger Federer but this hasn’t stopped him from grabbing titles for himself. Perhaps his most cherished tennis title would be the Olympic gold medal for tennis doubles which he won with Federer in the 2008 Beijing Olympics. 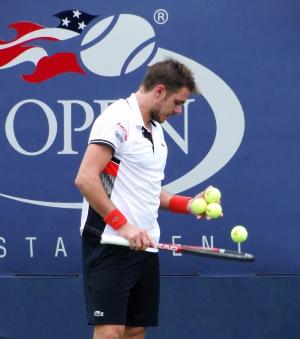 In the ATP tour, Wawrinka can boast of three singles titles which he bagged in Umag, Croatia where he beat Novak Djokovic in the finales, Casablanca in Morocco, and Chennai in India. He also plays fairly well in the Grand Slams having reached the quarterfinals in both the Australian and the U.S. Open as well as the fourth round in Wimbledon and the French Open. Stanislas also cracked the top ten in the ATP ranking having reached number 9 in June 2008.

Okay, enough with tennis players, time to check out some male models in their classic white Lacoste tennis shorts from the Spring/Summer 2010 Lacoste men’s sportswear collection. We begin with Dutch male model Gen Huismans. He is ranked by models.com as #33 in its Top 50 male model list. 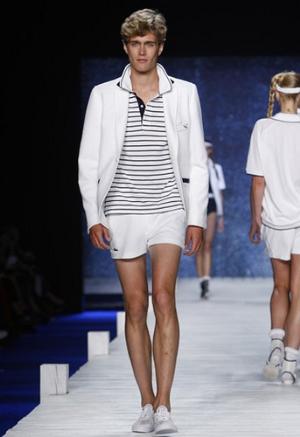 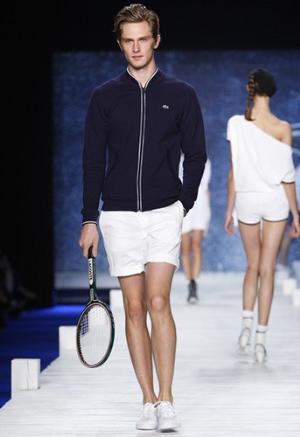 Okay, let’s end this post with Adam Janech and his Lacoste outfits. Try as we might, we can’t find any relevant information about him. Maybe you know where he’s from? Leave the information in the comment section. 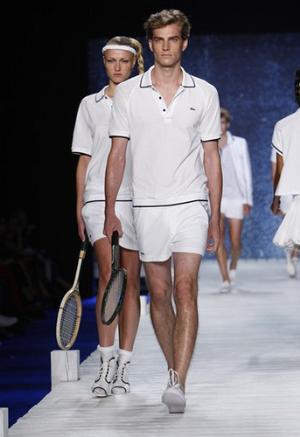