Mens See Through Pants. So, Famewatchers, are you disappointed that the Plastique see through pants turned out to be a gimmick? Our friend Kevin, who is all about see-throughs and sheer transparent outfits, is kinda disappointed when it turned out that Plastique is a made-up brand cooked by the guys of Fruit of the Loom to promote their latest underwear.

To promote its No Ride-Up Boxer Briefs, a line of briefs that claim not to ride up the leg, the underwear brand pulled an elaborate prank: The company sent models wearing transparent, plastic pants out on the streets of New York City and LA. Underneath the models’ clear bottoms were brightly colored briefs from the new Fruit of the Loom line — and all around them were stares from passersby, left wondering if clear plastic pants were really the next fashion trend.

They’re not. At least, not yet. But Fruit of the Loom went all in on the stunt, creating an entire online footprint for the phony plastic pants. Meet “Plastique,” the new couture line from (nonexistent) designer Frank La Rant. 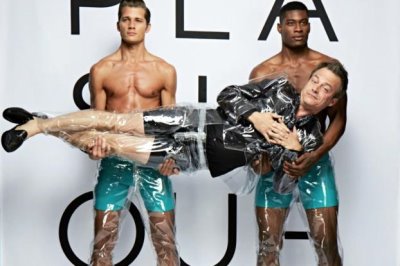 Anyhoo, check out these two FtL models rocking their transparent pants. Now, we already know that this Plastique mens see through pants is just a gimmicky ad campaign but it would be cool and funny if some enterprising designer or clothing manufacturer really come up with this and offer transparent trousers for sale. 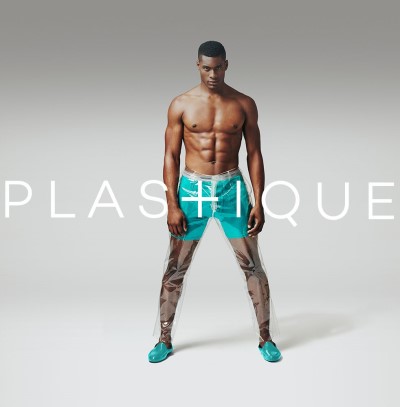 Should this Plastique mens see through pants be a thing? Speak out in the comments. 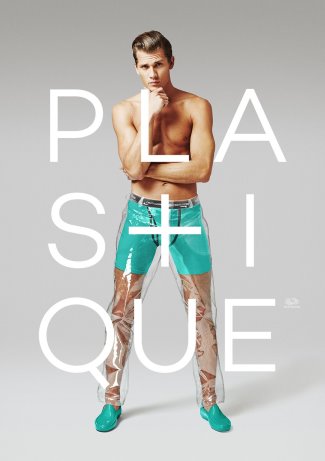 Check out our previous entries on mens see through pants after the jump. Meanwhile, for see through dresses, you might want to check out these Lady Gaga See Through Dresses.

Mens See Through Pants: A Blast from the Past. (Originally published July 2010): What do you think of accidental public mens see through pants sightings? Are the “victims” lucky or unlucky? For instance, check out the male model in the photo on the left. The scene is supposed to be about Paris Hilton but the transparency of his trousers made him the star. Well, he is definitely a star in a certain corner of the internets.

Now, let’s check out Asian superstar Aaron Kwok (right) whose clothes became see through after he was doused with water. This is an unfortunate incident by any conventional measure. But, this time being the internet age, Aaron actually won over some fans because of his accidental see-through. 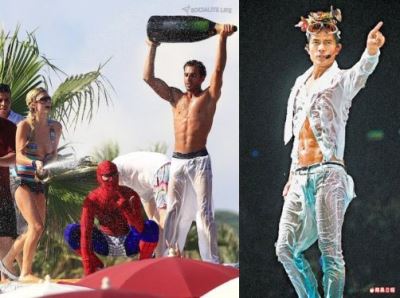 By the way, this is Aaron’s less revealing photo. You didn’t expect us to show you the more controversial ones did you?

Mens See Through Pants in Sports. Sports outfits, particularly the white ones, tend to be revealing although they’re not intentionally designed to be so. For instance check out tennis star Rafael Nadal’s tennis shorts during the Roma 2009 tournament. Nice one, Rafa! 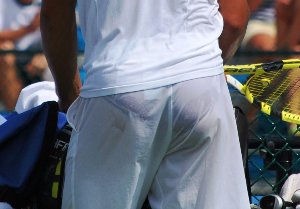 American football players who wear white uniforms also give photographers the opportunity to take photos like the one below. Go, Texas Longhorns! Is this what they call a tight end in football? 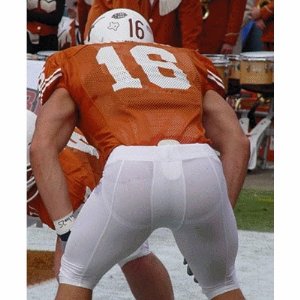 Mens See Through Loungewear Sheer Pants. Of course, and not surprisingly, there are also men’s trousers which are specifically designed to be see-through. Like these N2N Sheer Mesh Lounge Pants for instance. Check ’em out. 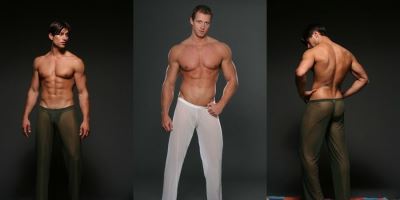 So, which of the above sheer mens see through pants would you buy for yourself? The white one, the black one, or both of them? Before you do that however, you should remind yourself that these are indoor menswear and not something you’d use to go to the supermarket or to a movie date. Unless, of course, you’d like to be known as the creepy guy in transparent pants.

But there’s nothing stopping you from wearing a pair of sheer pants if you’re waiting for your date at home. Did we really say that? Hmmmm. Eh, what the heck, go for it buddy! It’s not inappropriate to wear mens see through pants in the privacy of your own home. It’s what they’re designed for. To. Be. Worn. At. Home. Even if you’re waiting for a girl. Or a boy (if you’re into Him and Him “fashion”).

In conclusion, if you have a favorite fashion brand that makes fabulous mens see through pants you’d like to share to other readers, do mention these brands in the comment.