Budgie Smuggler Defined: Magic mirror on the wall, who’s got the best budgie smuggler of them all? Famewatchers, we’d like to present to you these 15 rugby hunks wearing budgie smugglers. If you are wondering what a budgie smuggler is, here’s one of the definitions for the term from urbandictionary.com: “Australian slang term for men’s tight-fitting Speedo-style swimwear. The ‘lump in the front’ apparently resembles a budgie when it is stuffed down the front of someone’s shorts. Ah, those crazy Aussies!!”

Men in Budgie Smugglers: So now that you know what we are talking about, here’s our list of 14 Aussie rugby hunks who rock their Speedos. Who looks best in his briefs-style swimsuit? Do they look better than these Sydney Roosters in Speedos? Tell us who your favorite athlete in budgie smuggler in the comments later. But let’s begin our list starting with:

1-3: Matt Gillet, Jack Reed, and Scott Anderson: Photo was taken when the trio were all with the Brisbane Broncos. Scott is now with the Wakefield Trinity Wildcats while Jack and Matt are still with the Broncos. 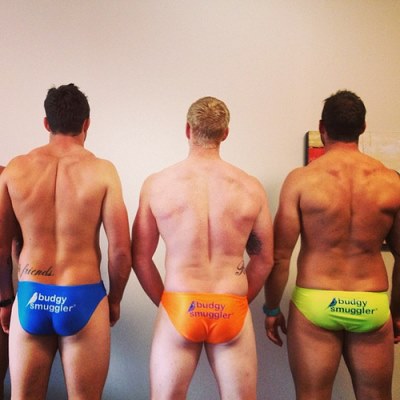 4-5: John Morris (left) and Chris Heighington (right): Chris and John both play for the Cronulla Sharks. If some of you can ID the non-budgie wearing guy in the middle, we’d be very grateful. Danke! 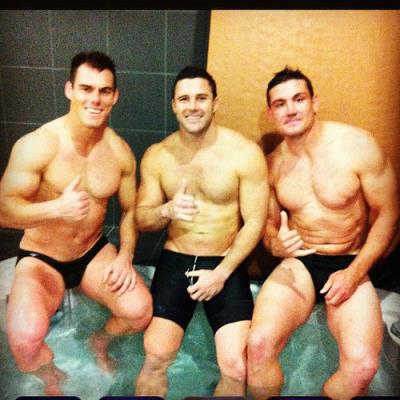 6. Alex Rance: Alex plays for the Richmond Football Club which recruited him back in the 2007 AFL draft. 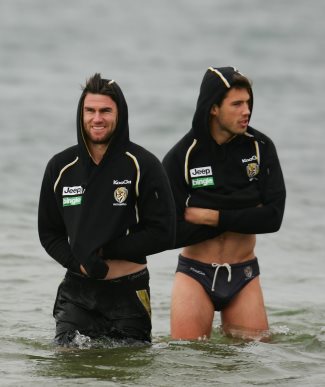 7. Ivan Maric: Like Alex above, Ivan also plays for the Richmond Football Club. Before that he played for the Adelaide Football Club from 2005 to 2011. 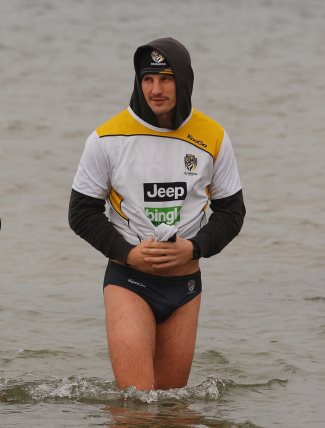 8. Josh Kennedy: Striker Joshua Kennedy (aka Jesus to his myriads of fans) currently plays for the Nagoya Grampus which is based in Nagoya, Japan. 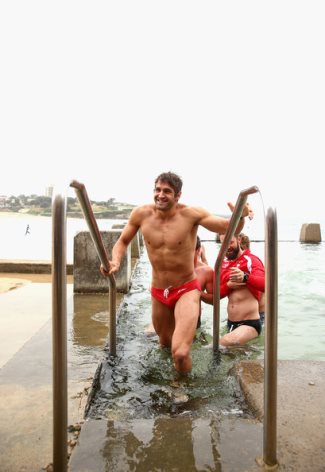 9. Lance Franklin: This year, Lance started playing for the Sydney Swans. Prior to that he played for the Hawthorn Football Club from 2005 to 2015. 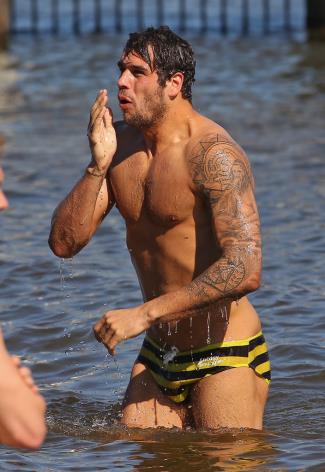 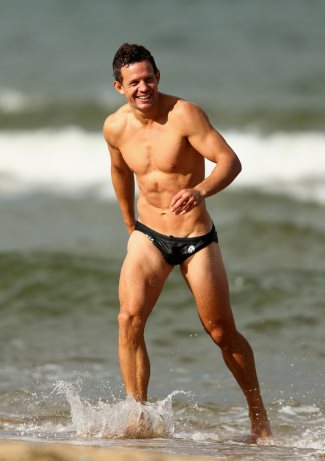 11. Matt Hodgson: Matt plays for the Western Force in the Super Rugby League. 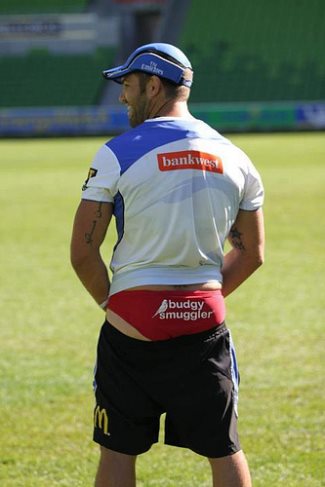 12. Nathan Brown: Nathan retired in 2009 because of a leg injury. During his professional rugby career, he played for the Western Bulldogs and the Richmond Football Club. He is now a radio and TV sports commentator. 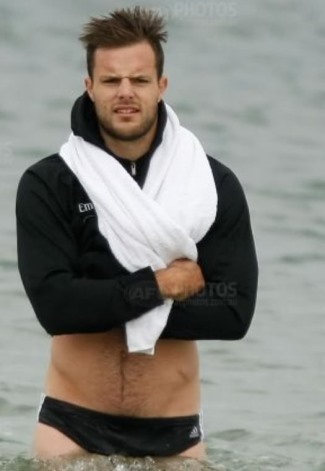 13. Ryan O’Keefe: Midfielder Ryan O’Keefe began his pro-rugby career playing for the Sydney Swans back in 2000. He’s still going strong with the club. 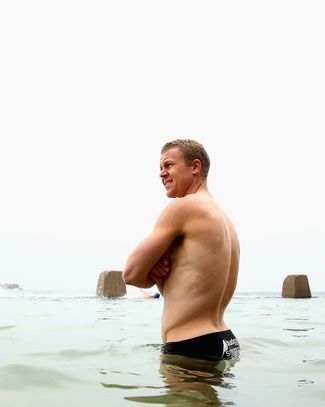 14: Stewart Crameri: Twenty-five-year-old Stewart plays for the Western Bulldogs. What position does he play? He’s a forward, honey. 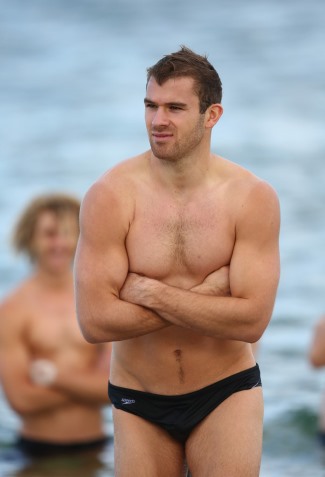 15. Travis Cloke: Travis is a centre half-forward for the Collingwood Football Club. 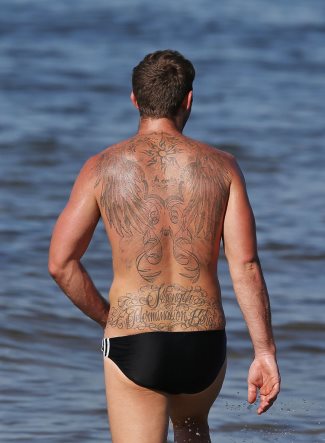 So who is your favorite among these 15 Speedo-wearing hunky rugby athletes?