Huh, don’t tell us you don’t know him?

The workout cutie is actor Max Ehrich. These past weeks, the guy — who is probably most known for his Emmy-nominated role on The Young and The Restless — is all over the tabloids, TV gossip shows, and entertainment blogs because he got engaged to singer actress Demi Lovato. 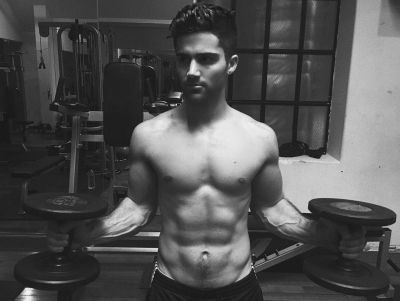 More about the engagement from flare.com: “Well Lovatics, the time has come—Demi Lovato’s getting married! On July 23, the Sober singer announced that she’s engaged to soap opera actor Max Ehrich. ‘When I was a little girl, my birth dad always called me his ‘little partner’ – something that might’ve sounded strange without his southern cowboy like accent. To me it made perfect sense. And today that word makes perfect sense again but today I’m officially going to be someone else’s partner,’ Dovato captioned a series of Instagram photos of she and Ehrich.” 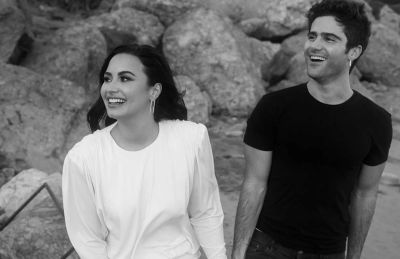 So congratulations to Max and Demi!!! Yay!!! We look forward to watching their upcoming wedding which, we’re pretty sure, will be grand and fabulous.

Max Ehrich Shirtless and Underwear Photos. The Famewatchers among us who are fans of shirtless hunks and celebrities in their underoos should thank Max because he’s got no qualms sharing said photos. If you want more of these, go check out his Instagram account (@maxehrich).

Check him out going for the Guys With iPhones vibe. 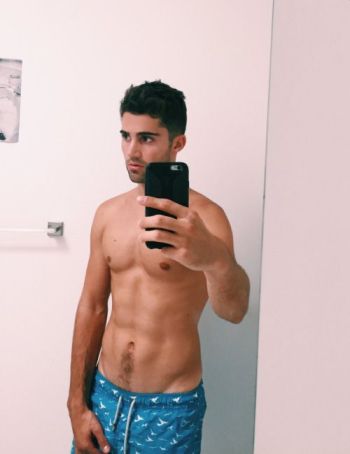 He’s going motorbiking in nothing but his patriotic shorts. 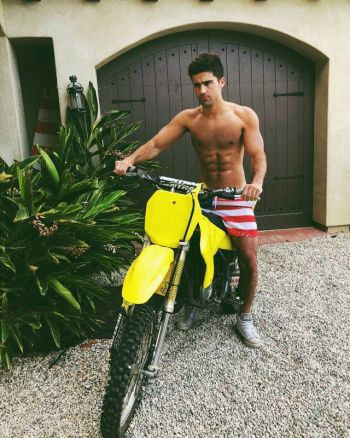 Apparently, he is also a surfer dude. 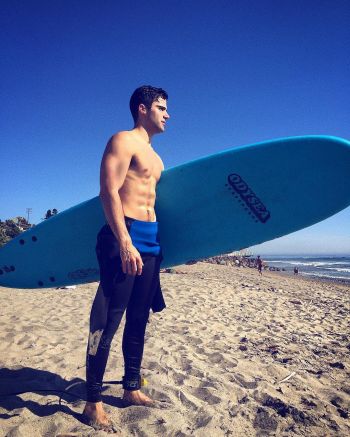 Oh, he is an underwear model too. 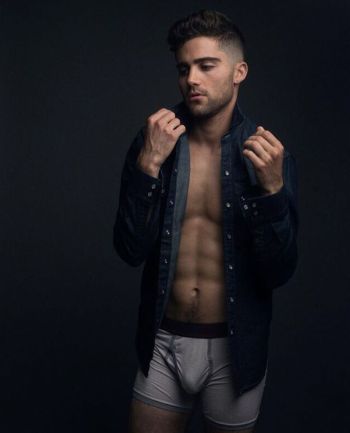 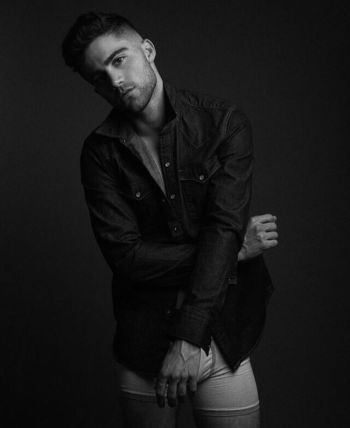 There is no doubt that he looks hot AF when he goes shirtless or in his undies but he is just as hot and as “desire inducing”, to borrow the words of our friend Kevin, in his suit and tie. Check him out at the Daytime Emmy Awards. 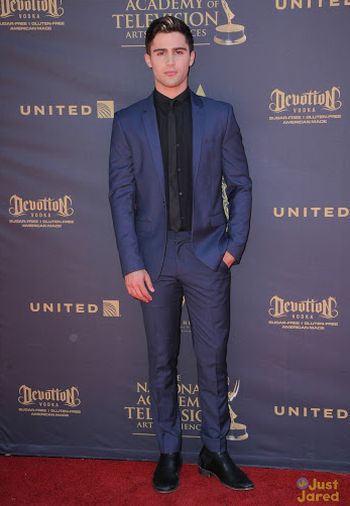 Did we mention he’s been nominated four times for an Emmy? The guy’s got some acting talent.

By the way, let’s add him to our list of Jewish Celebrities in Hollywood because, apparently, his family is of Austrian Jewish and Russian Jewish descent according to wikipedia.