Mauro Icardi Shirtless Abs, Underwear, Girlfriend. Today in Hot Football Hunks, we bring you Argentine soccer player Mauro Icardi who’s seen in the next two photos below modeling XTG boxer briefs underwear. We gotta admit that we are not familiar with this brand but XTG apparently stands for Extreme Game. It is a Spanish label established by Luis Mentado and Lenita Burman. Anyhoo, here’s our Mauro posing in his XTG outfits. He looks good in them, doesn’t he? 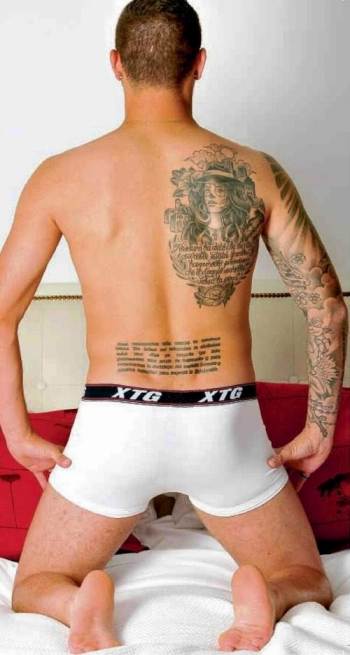 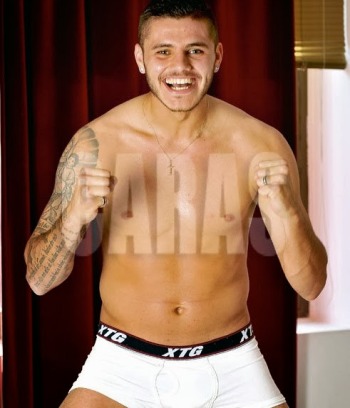 Now, for those of you not very familiar with football players, Mauro is from Argentina (follow him @mauroicardi on Instagram) who currently plays for Paris Saint-Germain. He is a striker which…. okay, we are not really sure about what a striker does so we had to consult wikipedia which says that a striker/forward is the one who “play furthest up the pitch, and are therefore most responsible for scoring goals as well as assisting goals”. 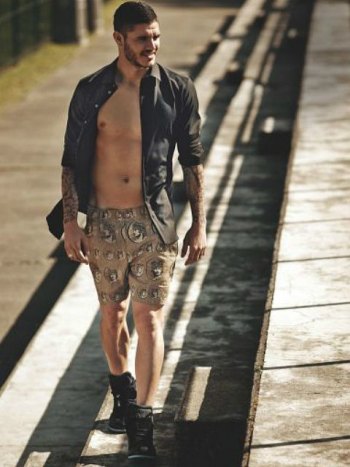 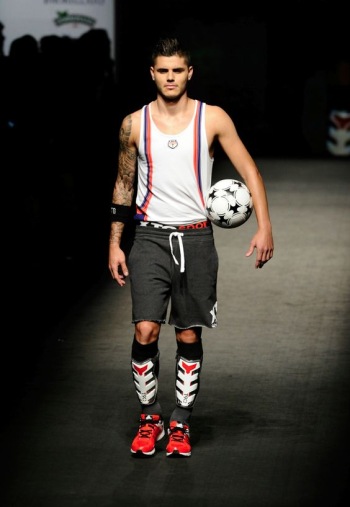 Mauro sure has a talent for walking the runway, doesn’t he? 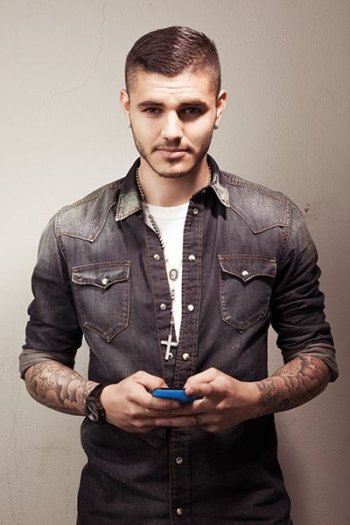 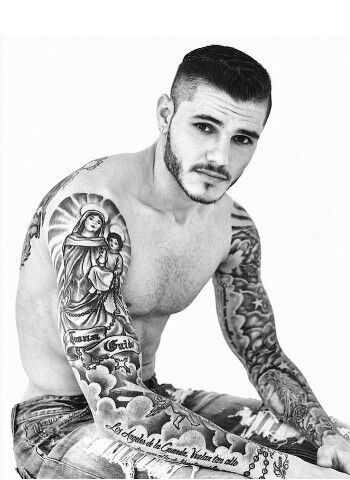 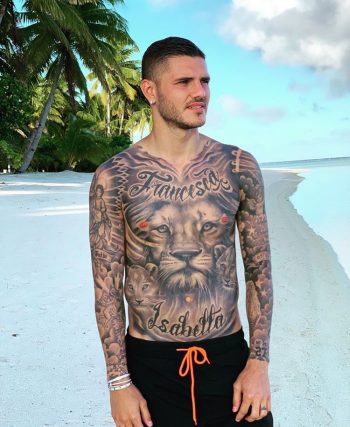 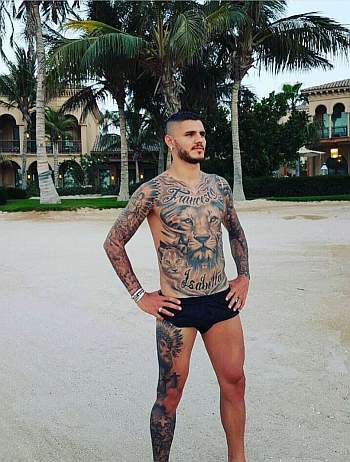 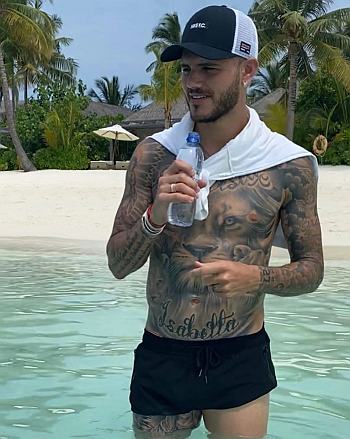 Mauro Icardi Relationship Status? Gay or Straight? He is straight and married to wife Wanda Nara who is a celebrity in her own right. Specifically, the Argentine beauty is an actress, TV presenter, and glamor model. Oh, she also serves as her husband’s football agent. Here are photos of the couple who tied the knot in 2014 and who are now the proud parents of two girls. 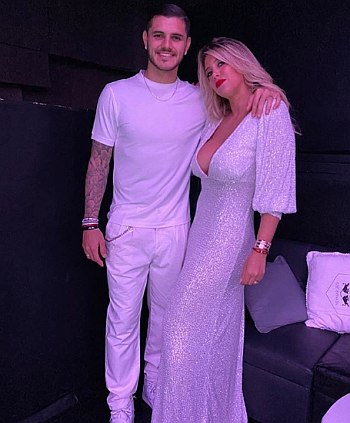 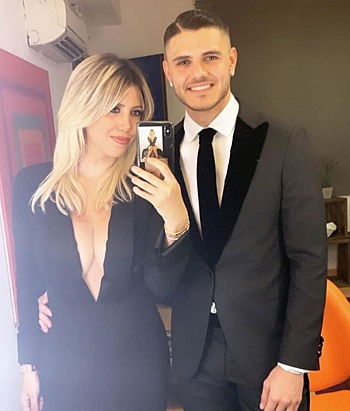 Okay, we saved the best for last for the thirsty Famewatcher hos among us: it’s our football hunk sunning himself with nothing but his swimsuit (it kind of looks like CK boxer briefs to us but we’ll go with swimsuit). We’re not a fan of his tattoos though but it is not specific to him. We really do not like it when guys cover their bodies like this. Good thing his tattoo didn’t also cover his neck because we really don’t like that. Hehe. 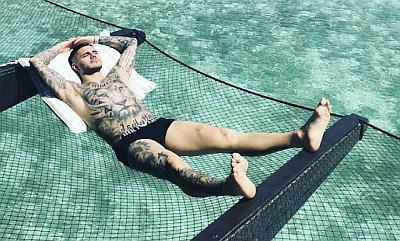