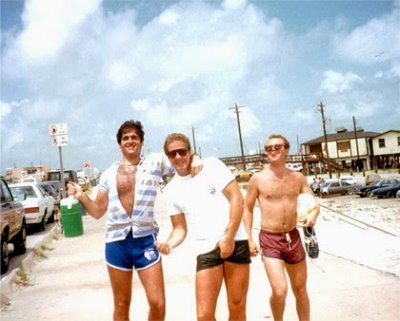 Well, not most men anyway. Hunky rugby players still wear short shorts when they are “rugbying” and we appreciate them for it. [Check out these famous men’s booty shorts!]

Mark Cuban Shirtless Photos. Have you been searching for shirtless photos of the “kinda hot” billionaire? Here are some pics he shared with Deadspin when he guest-posted for the site three years ago.

He sure is fun-lovin’ with a good sense of humor. 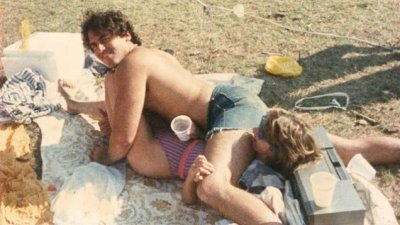 A Shirtless Portrait of the Billionaire as a Young Man.

Hmmm. You thought millenials, who came of age during the time of cellphones and selfies, are the only ones pushing down their pants to show pubes when posing in front of a camera? Well, you are wrong because Mark Cuban and his generation (as well as the generations before them) have perfected this “pose” years and years ago. Check:

Is Mark Cuban Gay or Straight? He is straight and married to a woman but our friends at gayorstraight.com think that he is “highly gay”. Here’s their rating for the Dallas Mavericks big boss:

Mark Cuban gaydar: According to 28 visitors Mark Cuban is 72% gay. The average gay-rating on gay-or-straight.com is 69%, which means Mark Cuban has been voted highly gay.

The only thing gay about Mark Cuban is this dance routine. Hehe. 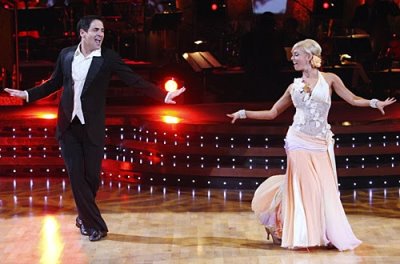 He looks shaggable in this pic. 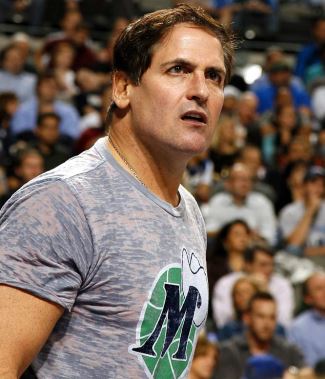 Mark Cuban Family. As mentioned Mark is actually straight and married. Here’s a family pic of our billionaire with wife Tiffany Stewart and their three kids. 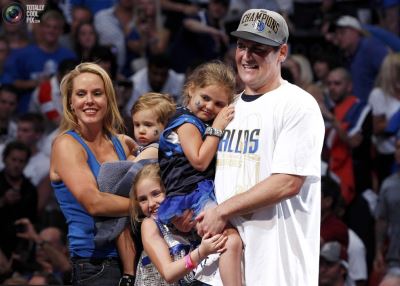 Mark is a family guy!

Update: Want more shirtless Mark Cuban photos? Check out this video from his Instagram account encouraging his followers to go to the doctor to get their hearts checked (follow him at @mcuban).

Of course we did a vidcap of Mark’s shirtless video. 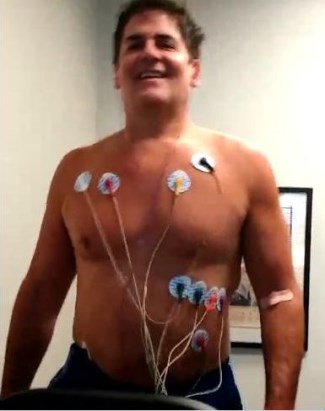 He’s looking pretty good for a man in his mid-fifties, no?