We begin with Superadventurer Bear Grylls, here are two blog posts we wrote earlier about him and his Bremont watches:

British adventurer Bear Grylls, host of the U.K. TV show Born Survivor (or Man vs. Wild in some countries) seems to be saying in the above photo, “I dove into a muddy water but hey look, my watch is still here!” He is wearing a Bremont watch, in case you are wondering. 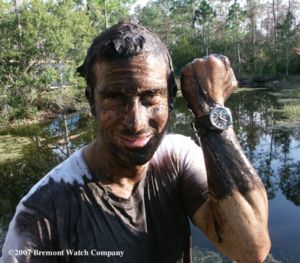 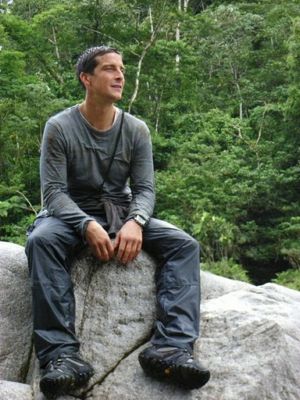 Because we so love us our Bear Grylls, here’s our second post on the host of Discovery Channel’s Man vs. Wild and the watch he wears during his show. In the previous post, he was wearing a Breitling Emergency watch [Note: We are referring to our post about Nine Famous Men Who Wear Breitling Watches]. This time, our Bear Grylls is wearing a Bremont ALT1-P watch. Pretty cool watch, huh? 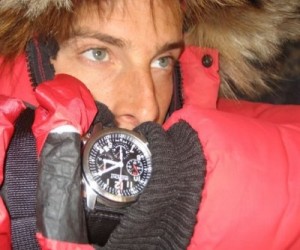 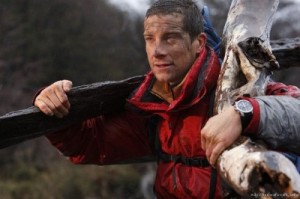 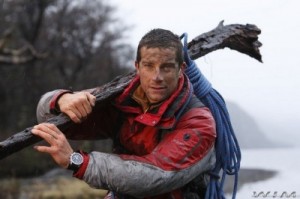 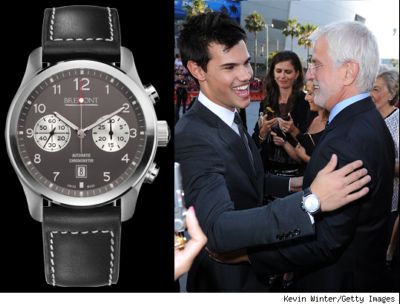 He’s in good company for sure. After all, the group of celebrity Bremont lovers include Tom Cruise (who was spotted with an Ingenieur Automatic Vintage and Orlando Bloom of the Lord of the Rings/Pirates of the Caribbean fame. 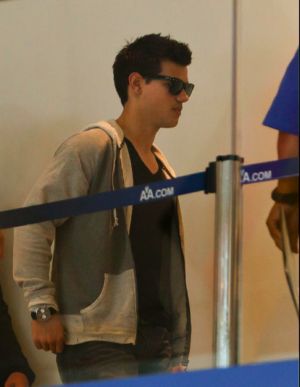 What about you, what brand of watch do you wear? Any chance you got yourself a Bremont?

That’s a question Ryan Seacrest will answer in the affirmative. The American Idol host who’s slowly but surely building a media empire for himself was spotted wearing Bremont while hosting the most watched show on American television. [Question: Do any of you remember that long-haired Idol contestant Ryan is about to boot out?] By the way, Ryan’s Bremont is an Alt1-C. 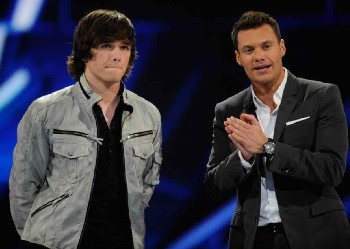 Do you remember Charley Boorman? He’s the badass guy who traveled from Scotland to South Africa and from London to New York via Asia with the equally badass Ewan McGregor [see our post on Ewan McGregor’s Belstaff Jacket for more photos.] Here’s Charley wearing a Bremont while filming another travel documentary, By Any Means 2. 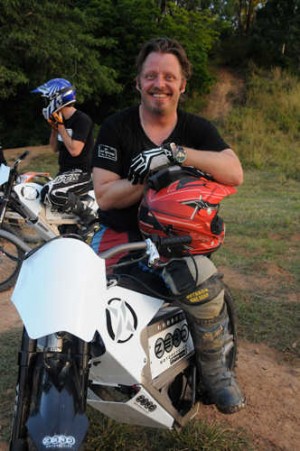 Olympic skier-turned-television host Graham Bell is, obviously, very proud of his Bremont watch. We’d be proud too if we got us a humongous watch like the one he’s wearing. 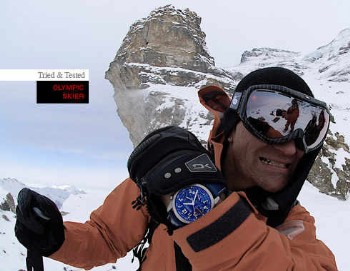 Kenton Cool, a somewhat crazy Englishman who made it his mission to climb Mt. Everest again and again and again and forever and ever is seen here with a Bremont watch during his ninth ascent to the summit of the world’s tallest mountain. 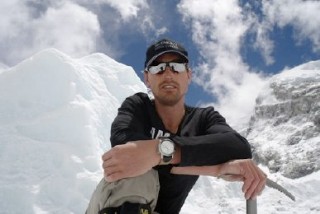 Oh, we were joking when we said he’s somewhat crazy. He’s just another world adventurer like some of the guys we mentioned in the post.