To date, Buzzfeed, Entertainment Weekly, and Hollywood Reporter are listing David as a Best Actor contender. Let’s keep our fingers crossed that they know what they are talking about.

David Oyelowo Shirtless Photos. Want some shirtless photos of our British actor? Here’s one from when he played the role of Prometheus at the Sound Theatre in London. 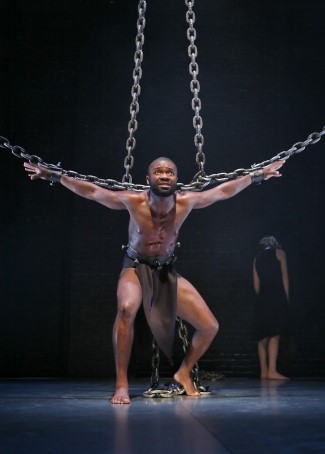 Not entirely shirtless photo. Is there such a thing as half shirtless? 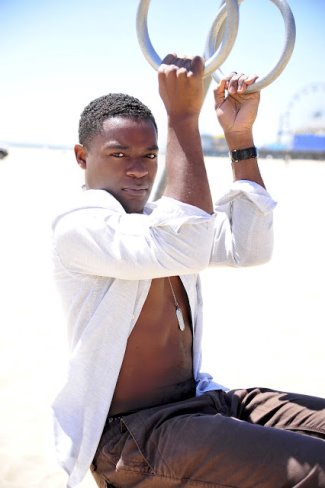 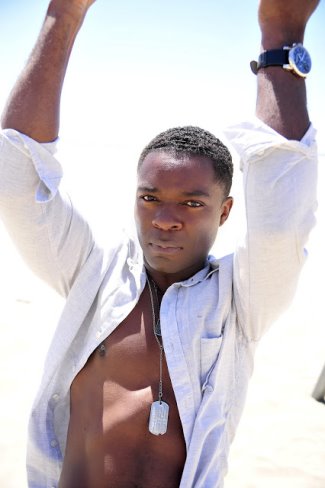 And last but not the least: 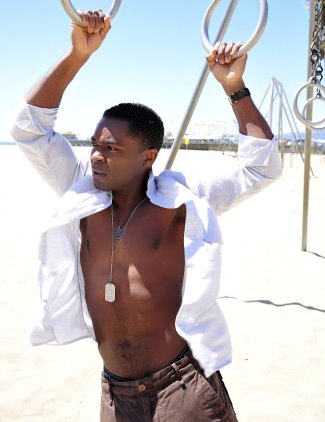 David Oyelowo Ethnicity. For those who are wondering, David is of Nigerian descent. In fact, according to a 2005 Guardian article, he comes from a Nigerian royal family:

When David Oyelowo was little, his father would tell him he was a Nigerian prince. The six-year-old wasn’t falling for that one. “I thought, ‘We live on a council estate in Balham, there’s no way we’re from a royal family.’ This is the same man who told me that his tribal marks were from having fought a tiger, so excuse me for being sceptical.” But the young cynic was wrong. Soon he was taken back to live in Nigeria – and cows were sacrificed in his honour.
…
His dad asked him if he would like to take up his Nigerian heritage but he declined (“They would want me to marry lots of women and I don’t think my wife would be happy with that,” he jokes).

Speaking of David’s wife, here’s a photo of her and hubby during a red carpet appearance: 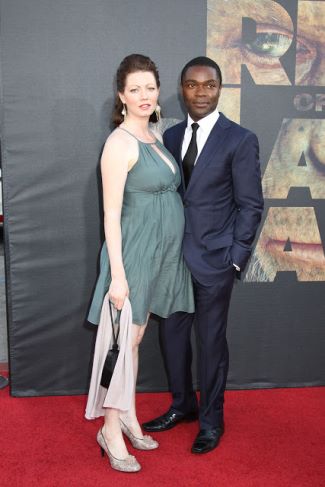 Like her husband, Jessica Oyelowo (born Jessica Watson) is also an actor. The couple have four children.

That’s it for now, fellow Famewatchers! We’ll update this post in January when and if David gets his Oscar nomination as suggested by Oscar prognosticators.