Manly Sea Eagles Rugby Players: Speedo, Underwear, Shirtless Photos. We’ve done the Sydney Roosters in their Speedo outfits. We’ve also done it for the Melbourne Storms. So it goes without saying that we should also write a blog post about the Manly-Warringah Sea Eagles and how they rock their budgy smugglers. 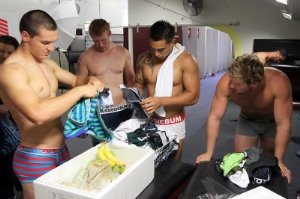 Actually it ain’t just budgy smugglers they are rocking because the club apparently signed a sponsorship deal with Aussiebum underwear so they are also rocking their Aussiebum boxers and briefs underoos. 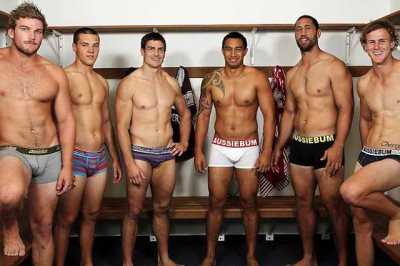 Eeny, meeny, miny, moe. Hunky guys all in a row! 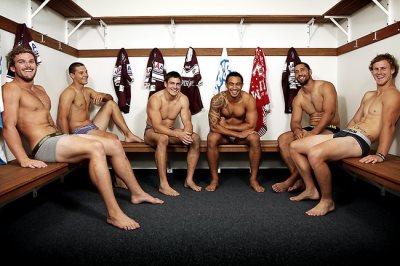 We are so loving that pink boxer briefs. Hey, wasn’t there a recent study a few years back that the sale of pink underwear for men went up because of the global financial crisis?

Meanwhile, here are some of your favorite Manly Sea Eagles who were spotted in their Speedo swimsuits. First up is the captain of the team himself, Jamie Lyon. 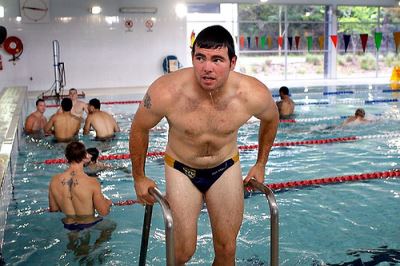 A shirtless Kayne Lawton who joined the squad this year from the Gold Coast Titans. 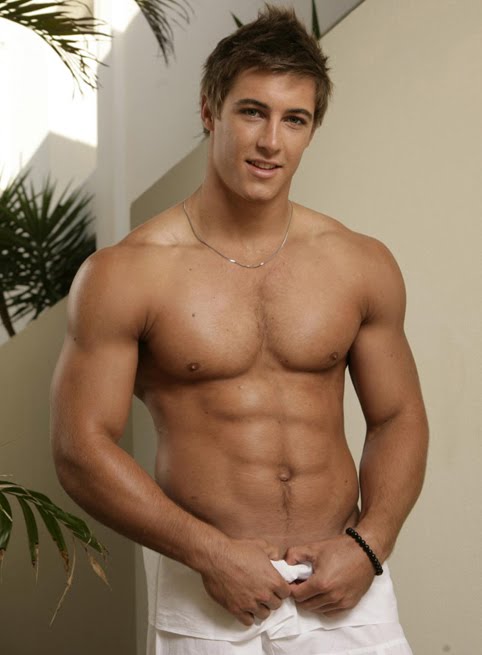 The controversial fullback Brett Stewart who, as some of you already know, posed a few years back for the Gods of Football/Dieux du Stade charity calendar.

Like Brett above, David Williams aka Wolfman also supported the Gods of Football project and has also modeled for Calvin Klein. 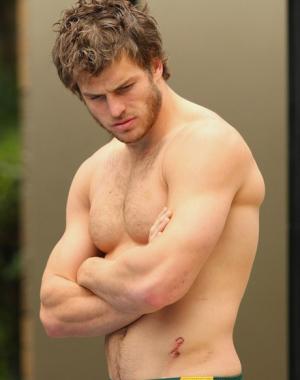 Of course, a blog post featuring Speedo-clad or shirtless Manly Sea Eagles is not complete without a photo of its coach, the Pit Bull Terrier that is Geoff Toovey taken from back in 1993 when he was 20 years younger. 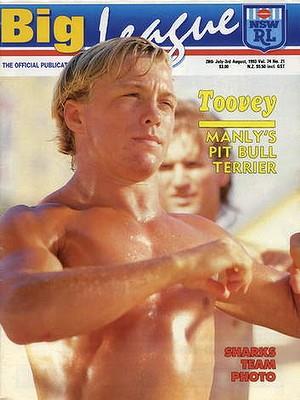 Justin Horo is a new addition to the Manly Sea Eagles in 2013. He arrived from the Parramatta Eels (parraeels.com.au) from which we grabbed his shirtless photo. 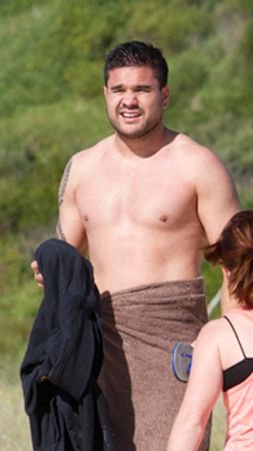 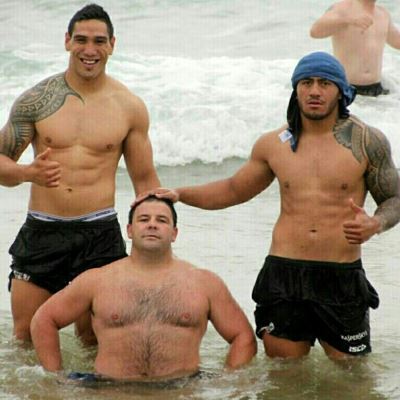 So who is your favorite among these 16 Manly Warringah Sea Eagles?