Maluma Leather Pants and Jackets. Who says young men these days do not like to wear leather pants? Well, certainly not Maluma. The Colombian singing hunk sure has the best leather pants game in Hollywood these days not only among millenials and GenZ-ers but among all other male celebrities including the Gen X oldsters.

Well, maybe Ricky Martin has a better leather pants game but you know what we’re saying. Anyhoo, here are some photos of Maluma rocking his leather pants. 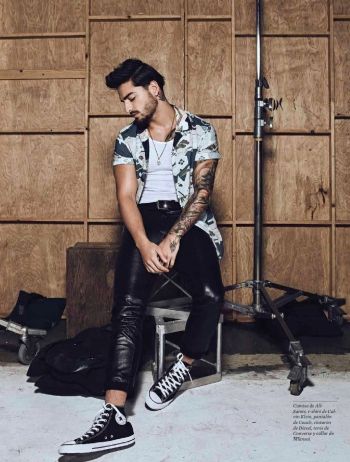 The pic above, where he is wearing a pair of Coach leather pants, is from an Esquire Latin America photo-shoot while the next two photos below are from Paper Magazine. The pants are from the Nº21 menswear collection. 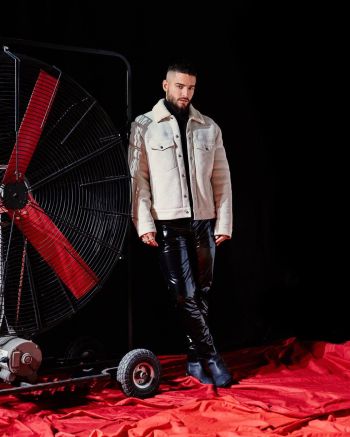 Want more this hunk? Check out our post on Maluma Shirtless and Underwear Photos. 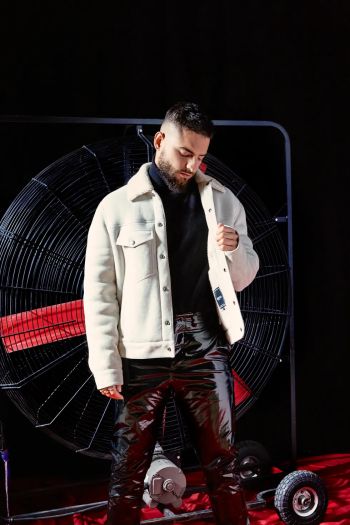 He’s decked in all leather at the 2019 Billboard Music Awards. Both his leather pants and leather jacket are from the Dsquared2 collection. 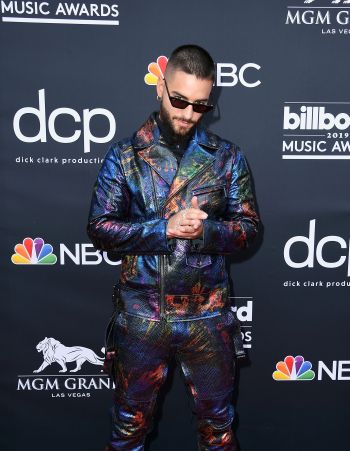 Performing on stage with his tight leather pants. 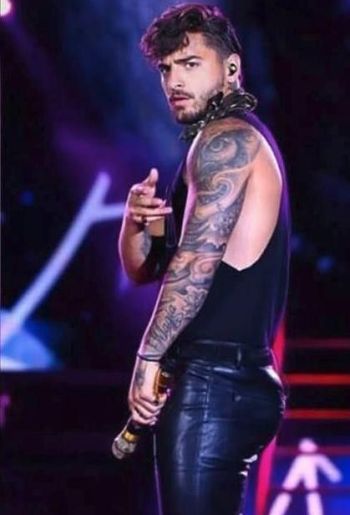 Of course, the Latino hottie ain’t only about leather pants. His leather jacket game is pretty cool too and is up there with the rest of male celebrity fashionistos. For those who are brand curious, he is wearing a Gucci leather jacket. 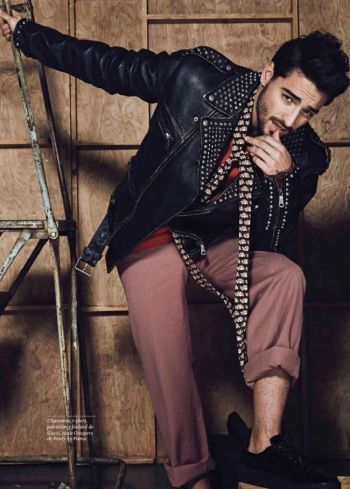 Maluma on the cover of Paper Magazine in a leather coat from the Todd Snyder collection. Want more male celebrity leather jackets? Go check out our post on Hot Guys in Leather Jackets. 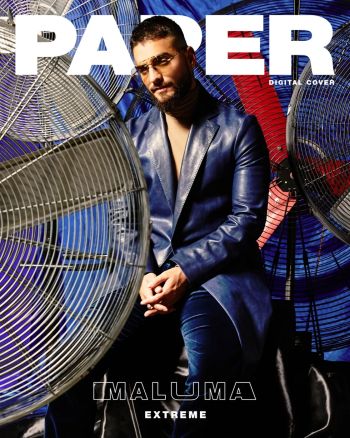 Confession time: Six months ago, we thought Maluma is the singer of Despacito until our niece Sheila corrected us and pointed out that the singer and composer for said song which became a hit around the world (and which tops the most viewed videos on Youtube at 6.8 billion views) is actually Luis Fonsi. My baaad!

Maluma does have pretty cool songs too. We especially love Corazon and Felices los 4 which are currently his biggest hits to date.