Malachi Kirby Shirtless. Famewatchers, meet Malachi Kirby, a 26-year-old British actor who will be playing the role of Kunta Kinte in the upcoming TV mini-series version of Alex Haley’s great slavery novel, Roots, which will soon air on A&E and Lifetime.

This will be Malachi’s biggest acting gig but prior to this he starred on Eastenders and made guest appearances in other TV shows. Here’s Malachi Kirby shirtless on Roots: 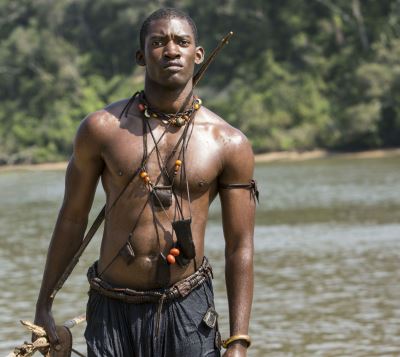 How did Malachi prepare for such a challenging role? Research but, most importantly, prayer! Here’s what he said during a recent advance screening of the show on Tribeca: “I did research on the culture, tradition… But in terms of the actual journey that Kunta Kinte goes on, to be honest, I had no idea how to prepare for that. I still don’t.”

He adds, “To be honest, my main form of preparation was prayer. There were so many enslaved people that didn’t even make it off the boat, let alone live and have children. I was thinking, what was it that gave them the strength to survive? And what I found was that it was his spirit. His spirit and his knowledge of self.”

He then went on to urge the viewers to take away the following message from the TV series: “Our history does not begin at slavery. That’s the main point of focus I would like a black man to see when he watches this, and also to be proud of his ancestry. It is not a negative thing to be African. Those people who were enslaved were not weak. Those were strong people. And they survived.”

We sure are liking this Malachi guy? He sounds like he is wise beyond his years which is a good thing. Here’s another Malachi Kirby shirtless photo: 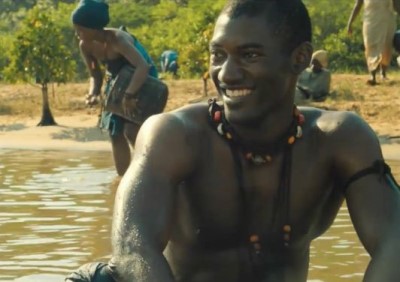 Aside from Roots, Malachi will also star in an episode of Black Mirror. More from Deadline: “Up-and-coming British actor Malachi Kirby is set to star in an episode of Netflix’s keenly anticipated new season of Charlie Brooker’s anthology series Black Mirror with Jakob Verbruggen directing. The episode is called Men Against Fire, although plotlines are being kept closely under wraps.”

Black Mirror is our favorite TV show — White Bear still haunts us — and we are sooo looking forward to its return on Netflix.

Is Malachi Kirby gay or straight? Does he have a girlfriend? We don’t know the answer to either question. But he reportedly has a TV girlfriend on Roots. Her name is Simona Brown. Here’s her pic: 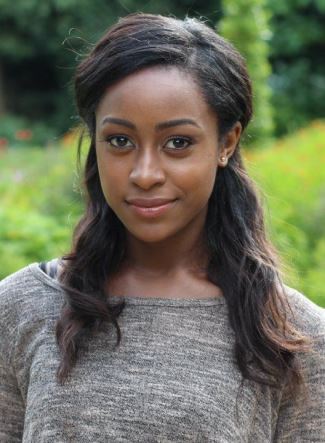 Like other actors, Malachi is also a model. Here he is modeling for Mr. Porter. 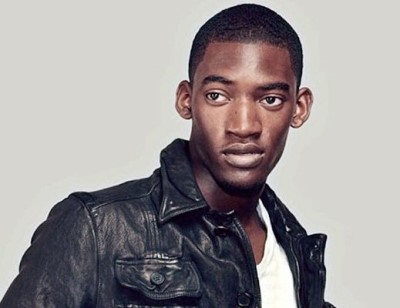 In an interview with Mr. Porter, he tells us about the actors he admires: “I’ve always enjoyed Denzel Washington’s work, and I really admire Johnny Depp and Brad Pitt’s career choices. They could have easily gone down the road of being “pretty boys” but instead they chose to play characters with more depth. Generally though, I have learnt more from [normal] people than from famous actors.”

And has some words of wisdom to actors younger than him who plan to make it in the acting biz: “Be passionate about it. I haven’t had a holiday since I started and the money’s not amazing yet, so the main reason I do it is because I love it. And you need to be an artist. “Actor” sounds glamorous, about being famous or whatever, but at the end of the day you’re an artist, and without that element there’s no point.”

So there you go, fellow Famewatchers. Let’s all wish this young man good luck as he navigates a bigger career in Hollywood. Watch out for more Malachi Kirby shirtless photos in the future too :-)