Luke O’Donnell: Rugby Hunk in Speedo. While we were looking for photos of movie/TV actor Chris O’Donnell to include in our list of shirtless television daddies, we kept coming across this photo: 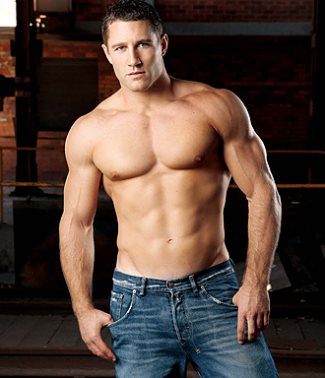 We were like, “Who is this man with muscles like Hercules?” Turns out that the guy is Australian rugby player Luke O’Donnell who currently plays for the Sydney Roosters. Turns out too that our Luke is supportive of charity work and has posed in his birthday suit for a charity calendar project a-la Gods of Football. 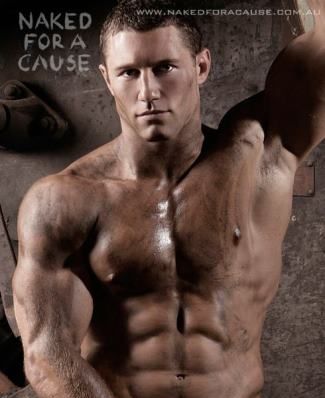 Spearheaded by the McGrath Foundation, the 2008 calendar project which featured Luke and other rugby athletes aimed at raising funds to raise breast cancer awareness. More about said project from the Daily Telegraph:

The charity, co-founded by Jane McGrath and her husband, former Australian cricketer Glenn, said money raised from the calendars would go toward placing breast care nurses in rural and regional Australia, and raising breast cancer awareness.

So how did our 33-year-old rugby hunk get a body as sculpted as them Roman gods of yore? We can’t find any information on what his workout routine is like exactly but it’s safe to bet that it involves a lot of weight training like this one … 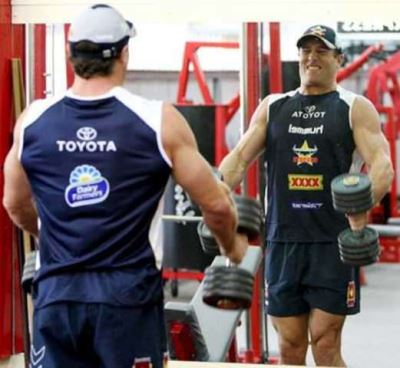 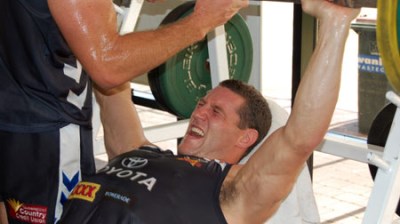 It involves swimming too. 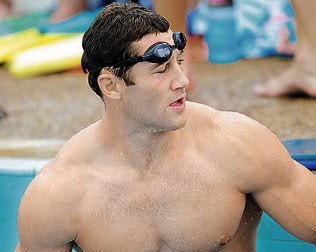 He may not be as skilled a swimmer as multi-Olympic gold medalist Michael Phelps but Luke O’Donnell and other rugby players in training [see Shaun Higgins’s Speedo Swimsuit] deserve a gold medal for swimming in classic briefs-style swimsuit not those ugly jammer swimsuit that has become the norm in Olympic and other swimming events. 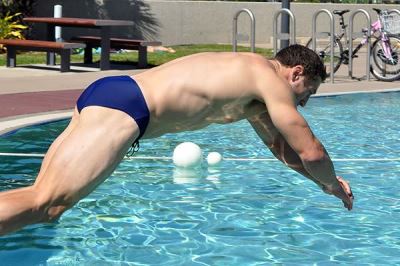 It goes without saying that Luke’s sculpted body can partly be traced to all that running, scrimmaging, and tackling they do in rugby. 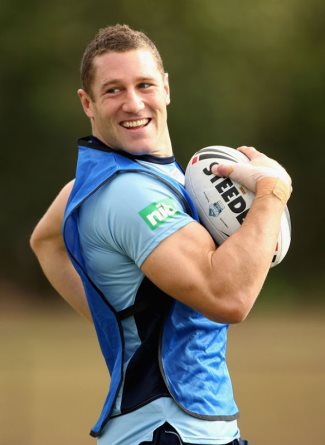 Oh wait, if you want to have a body like Luke’s you must learn how to do some stretching too! A fit man should not be all muscles. He must be limber too. 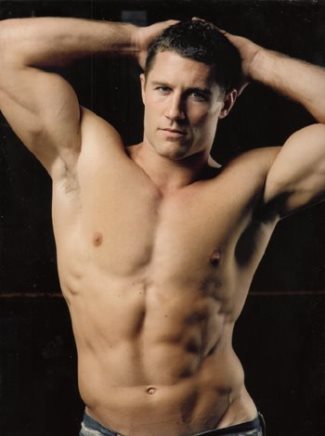 Question: What kind of underwear does Luke O’Donnell like? Boxer shorts, skimpy briefs, or a combination of the two aka boxer briefs? Turns out that he’s a “middle way” kind of guy so boxer briefs it is. 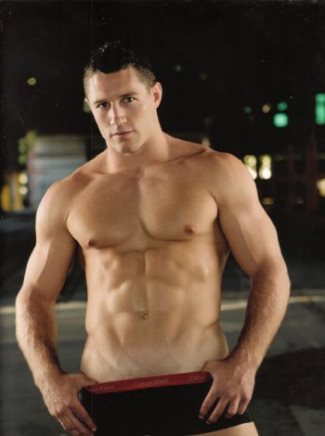 Next question: Does Luke have a girlfriend or a wife? Yes he does have a wife. Her name is Tania Moscato O’Donnell. The couple have a girl named Leila.