Is your gaydar going “Ping! Ping! Ping!” when you see The Voice contestant Luke Edgemon? It does? Then clearly we are not the only ones who kinda think that Luke, ehem, a friend of Dorothy? He is, at the very least, a friend of drag queens. For those of you who are wondering, we’re told her name is Vicky Vox. 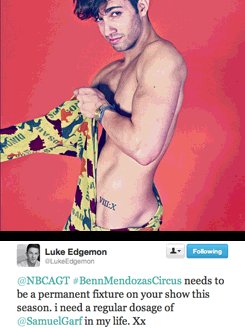 Update: Oops, sorry. We’re told that the dude above is not Luke but someone else. Time to buy a pair of new glasses, eh? 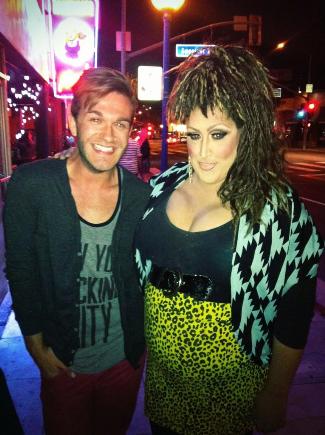 Now fellow Famewatchers, do tell us we are not the only ones who are sad that our Lukie has been knocked out of The Voice. That silly Blake Shelton! Curse him for picking Holly Tucker over Luke. Doesn’t he know that every time he kicks off a hot guy from his team, an angel in heaven loses its wing? He did it to Christian Porter during the battle rounds. And now he’s done it to our Luke. Silly Blakey. [Okay, to be fair, he did save Luke from elimination when she wasn’t picked by Shakira.]

Also, Luke didn’t help his cause of advancing further in the competition when he chose Team Blake over Team Usher. Our initial reaction when he did that goes, “Doesn’t he know that Blake almost always picks the country singers to move forward on his team?” Let this be a lesson to The Voice contestants in the future: If you have the power to choose and the choice is between Blake and the other coaches and you are not a country singer, do not pick Blake. Why? Because he is very likely going to pick country singers over you during the battle round and the knockout round. Be warned. Hehehe.

Anyhoo, let’s drown our sorrow for the loss of Edgemon by ogling at his photos. Check him out being a sexy hot nerd.

For some reason, the next pic below makes us think of Fifty Shades of Grey. 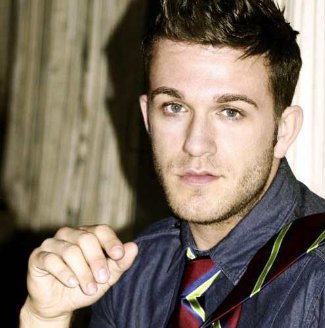 Want proof that Luke is gay? His love for V-Neck shirts, of course! 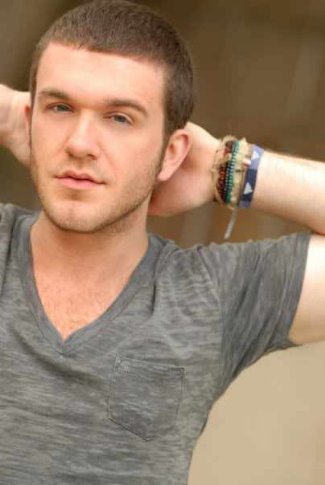 For, to use the words of the Teachers Foundation of Malaysia, “If your son likes wearing v-neck jumpers it’s a sign he’s gay”. Silly? Yes. But maybe there’s a grain of truth to it hehehe. Anyhoo, here’s Luke with another V-neck. 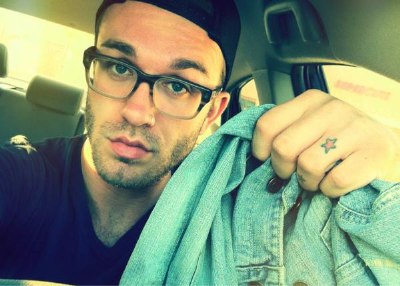 Is this your boyfriend Luke? Nice! Who’s the backrider? We’re told his name is Adam Powell. 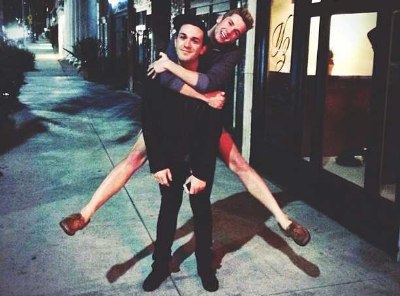 For more on gay men from The Voice, go check out Blake Shelton Being Gay.