Dave Salmoni Gay or Girlfriend, Shirtless, and Underwear Photos. Is Dave Salmoni gay or straight? Does he have a boyfriend or girlfriend? Well, our Dave is straight. But he is an ally to the LGBT community. With his badassness, he can turn straight guys gay. Hehe. 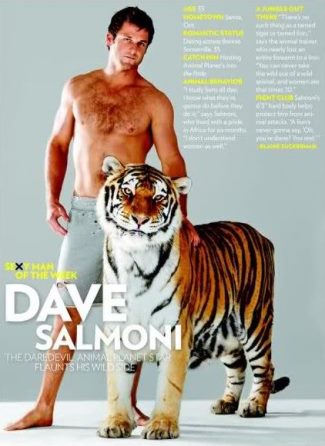 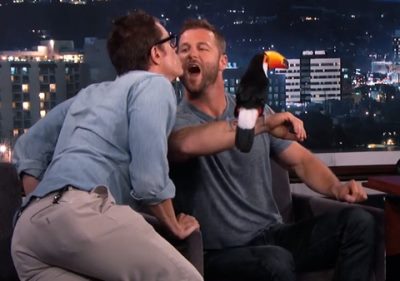 Dave Salmoni Gay Fans and Friends. In an interview with advocate.com, Dave talks about his gay fans and friends:

I actually first discovered you when Towleroad.com posted your shower video earlier this week. How conscious are you of your gay fan base?
I’m really conscious of it, and I think it’s awesome. They’ve been a really vocal group over the years. I feel like my gay fans are the most appreciative. I get lots of e-mails from them, and they’re not shy. A young girl may say, “Hey, I really like you, you’re kinda cute,” whereas a gay guy will be like, “Hey, take your shirt off more and you’ll get better ratings.”

Do you have any gay friends in your pride?
I have a fair number because my mother’s a figure skating coach and there’s a strong gay community there. I definitely grew up with lots of gay friends. Toronto, where I live, is a pretty open city, so my friends are a pretty healthy mix of gay and straight.

Dave Salmoni Engaged or Already Married? What’s his relationship status? Does he have a girlfriend? Or is single or is he married? Well, it seems like he is single at the moment. In the past, he dated Chelsea Handler and Bonnie Somerville. Here’s Dave and Bonnie when they were still dating. 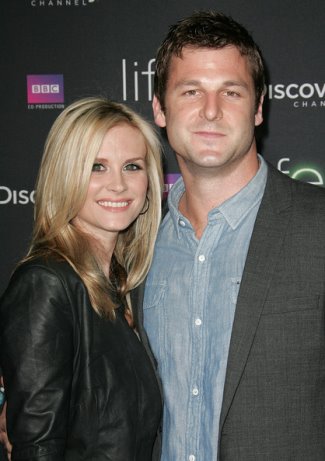 During a Reddit AMA (Ask Me Anything) two years ago, Dave mentioned that he was engaged:

Question: Have you ever thought to marry?
Dave’s answer: I was recently engaged two weeks ago! :)

We can’t find any report of Dave ever tying the knot between then and now. Maybe he is still engaged, maybe they called it off, or maybe he and his girl got married but kept their wedding secret? 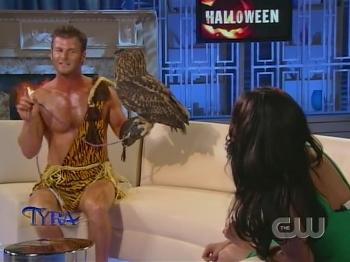 Wanna see David Salmoni wearing nothing but a … well, we honestly don’t know what to call what he’s wearing here so let’s call it a Tarzan suit, shall we? Tyra Banks receive a lot of crap for her hosting skills (some of which are deserved) but we gotta give her credit for giving us silly but delightful things like David walking the catwalk in his Tarzan suit. What’s not to like? 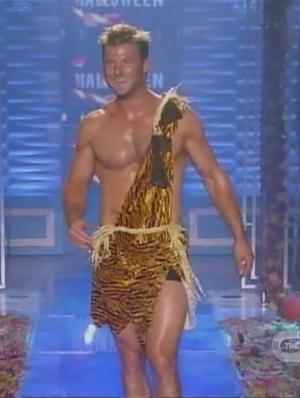 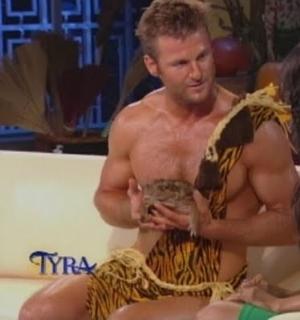 This one’s for the shirtless fans among us who are googling “Dave Salmoni shirtless”. You, perve, you! 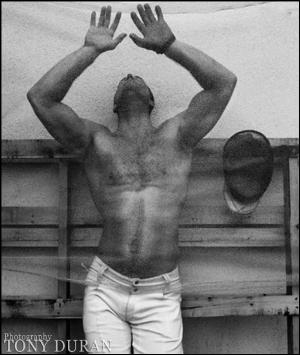 Now, can someone tell us the story behind why he’s wearing a male girdle (or corset or whatever you’d like to call it) in this last photo? It’s not like a muscle man like him needs it. 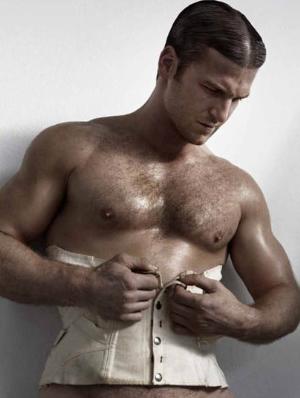 We know it’s from a photoshoot for Flaunt Magazine but we’d like to know the concept behind the pic. Maybe to suggest to people that it’s A-okay for manly hunks to wear girdles? What do you think? 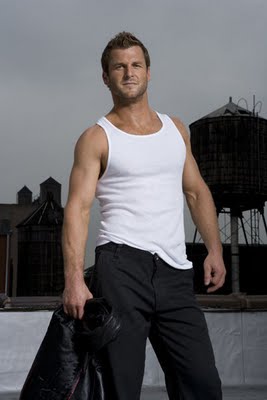 Not only does Canadian TV host Dave Salmoni (aka our new imaginary Canadian boyfriend) look great in his body fitting sexy jeans as we noted earlier. He looks great in a sleeveless athletic shirt as well. So of course, we have no choice but to publish this pics of David in his muscle shirts.

Doesn’t he look hot even if he’s unwashed? Let’s hope that he will do an Antonio Banderas and have a photoshoot in his tighty whitie underwear. 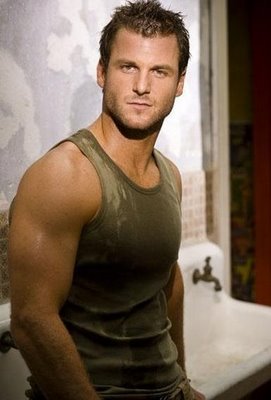 By the way, did you know that an athletic shirt is known by many names: wife beater, Guinea tee or Dago tee (from guinea and dago, ethnic slurs against Italians), or (in British English usage) a vest, or in Scots as a semmit, as a singlet in Australia, sando (in India and the Philippines), ‘bandi’ or Banyan (in India), and “running-goo” in Korea (it’s called running goo because its worn by people while running or doing exercises). 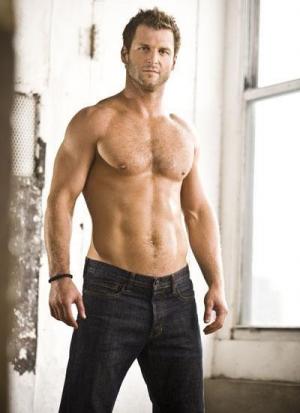 Move over Ryan Reynolds and Taylor Kitsch, we found ourselves a new Canadian boyfriend. His name is Dave Salmoni. He looks great in tight fitting jeans, he’s got the rugged lumberjack look that makes us wish we’re with him in the woods, and, like Tarzan, he knows how to tame tigers in the wild. Awww. 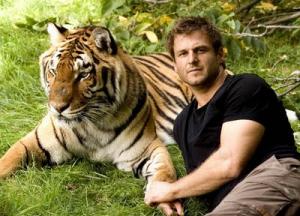