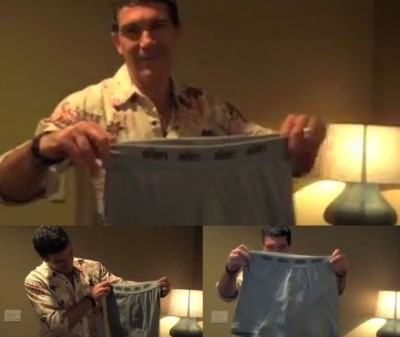 And then here are some still photos of Antonio from his movies. The ones on the bottom are from the 1997 film, Law of Desire (La Ley Del Deseo in Spanish) where our Antonio plays a gay dude. 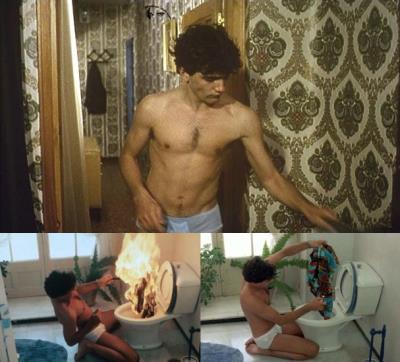 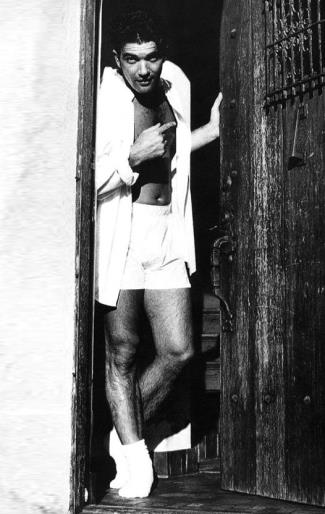 Antonio Banderas Underwear Model. This post is those of you looking for underwear photos of Spanish hunk Antonio Banderas one of the hottest Hollywood actors in the 1990s. Antonio has been in the news lately because of his wife, Melanie Griffith’s drug issues (she’s gone to drug rehab).

On a positive note, Antonio fans will be happy to know that he is starring in a movie called The Other Man which is based on a short story by Bernhard Schlink who penned The Reader. Yay, for Antonio.

Ever heard of Hollywood underwear? We ask because Antonio’s white briefs in the first picture we uploaded above as well as the next one below shows a “Hollywood” label. We haven’t heard of this label before and we haven’t come across any other male celebrity (or non-celebrity for that matter) wearing this one. 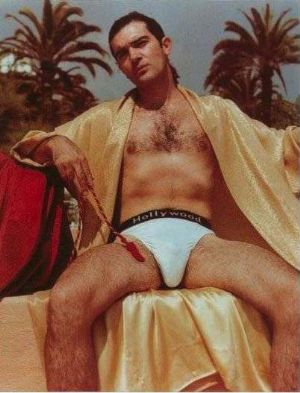 Maybe the Hollywood Underwear is a new label that didn’t catch up with the competition? It’s a competitive market after all. 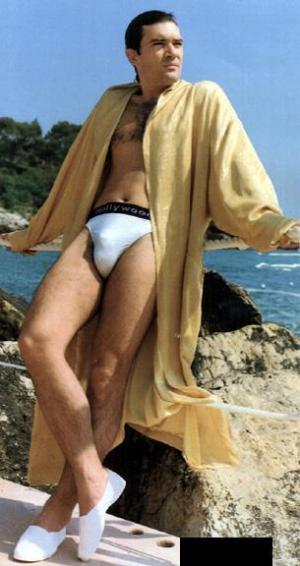 Another underwear pic of our Spanish hunk and this time he is wearing a brand we are pretty familiar with: it’s Dolce and Gabbana. Pretty cool, huh? For more men in D&G undies, check out our post on Dolce Gabbana Male Underwear Models. 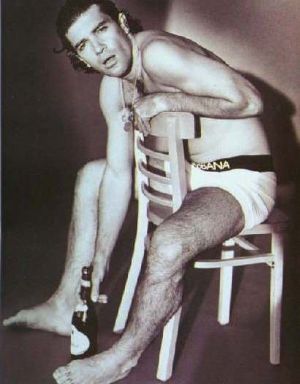 Did he officially model for Dolce and Gabbana or is he just wearing a pair for this photoshoot?