Kyrie Irving Underwear PSD Brand Collection. Let’s add Cleveland Cavaliers’ point guard Kyrie Irving to our list of celebrities who are using their fame to sell underwear. He’s doing so in collaboration with underwear brand PSD which, apparently, has been in existence since 2008.

Here’s part of the announcement released by PSD regarding its partnership with Kyrie:

“I have been wearing PSD for years,” said Irving, the fourth-year All-Star point guard for the Cleveland Cavaliers. “When Curt approached me about getting more involved with PSD, it was an easy decision since I already wear it and love the style and comfort.”

Irving will work directly with PSD’s designers developing his own underwear line, becoming the face of PSD for the foreseeable future. Kyrie’s line will appear in retailers globally, launching for Back to School ’15 season.
…
“Kyrie is young and fashionable, … he is a superstar in the NBA.” Explains PSD Founder, and President, Curt Flaitz. “The positive feedback he has been giving us on how PSD feels is really invaluable for our group. He has an amazing eye for fashion and his style is obvious at press conferences and events. Having a genuine, well-liked, stylish guy like Kyrie as an equity partner is tremendous for PSD.”

Of course, we’ve got some pics of the Kyrie Irving underwear collection for you. Check ’em out: 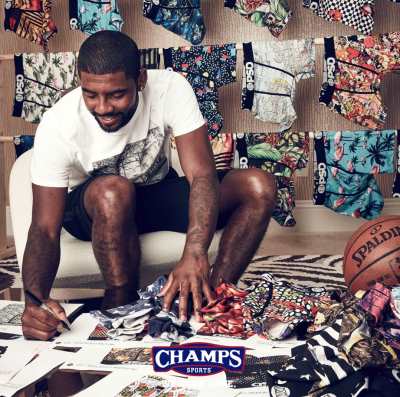 Aside from Kyrie, other famous athletes who reportedly love them their PSD underwear include our imaginary NBA boyfriend Chandler Parsons, Dwyane Wade, LeBron James, Mike Miller, and Kevin Durant. 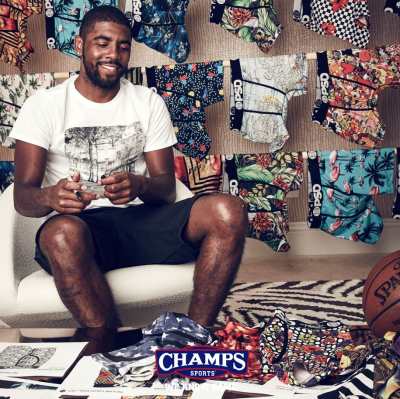 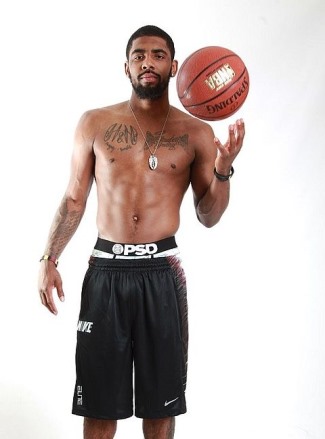 Unsolicited advice to the basketball star: Next time you model your PSD undies, it is a must that you drop them trousers. Do it for your fans. Hehehe. 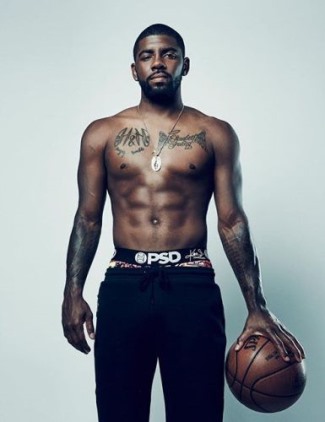 Who wants a pair of Kyrie’s undies? 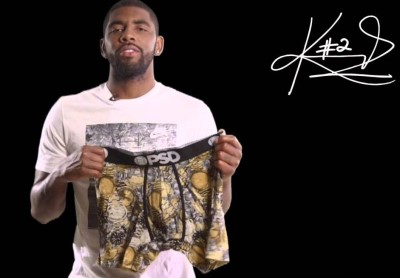 So, UnderwearWatchers, what do you think of the above Kyrie Irving underwear? Is it hot or not? We’d buy a pair for our dear hubby to see what the fuss is about (it’s being marketed as a premium brand) but we really don’t like print underwear particularly the kind where the print is too busy. We like our guys in tighty whitie briefs because it’s plain-colored and nothing distracts attention from what makes guys be guys (if you know what we mean).