What kind of underwear does Chandler Parsons like to wear? Well, apparently, the 26-year old Dallas Mavericks star forward likes him his Calvin Kleins. Check out this photo of our imaginary basketball boyfriend which he shared on his Instagram account. 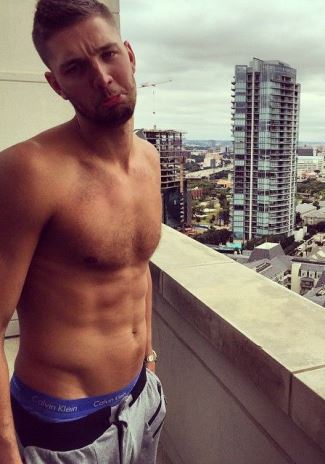 Nice photo but the head tilt make it looks weird, no? Anyhoo, for those of you wondering why our Chandler is taking a shirtless photo of himself  and posting it on Instagram (not that anyone is complaining, in fact we want us more shirtless Chandler Parsons), it has apparently something to do with his weight.

SB Nation gives us the back story:

Chandler Parsons’ weight has been a talking point around the Mavericks. Parsons weighs somewhere around 230 pounds and Dallas head coach Rick Carlisle would prefer he weigh a little less. Carlisle said Parsons was heavier than he should be following the Mavericks’ preseason game on Friday.

“Parsons looked tired out there,” Carlisle said, via the Dallas Morning News. “His shot was short. He’s working on losing some weight. He’s a little heavier than he’s been. He’s up over 230 and we’d like to see him get down to at least 225. That’s a work in progress. Tonight was one of those nights where I think the extra weight was a hindrance.”

Parsons disputed the claim following the game, saying he has a different opinion of heavy than Carlisle and the two “kind of go at it everyday.” Well on Saturday, he provided visual evidence to support his side of the story. [Source: SB Nation]

After Parsons’ photo made the interwebs, Coach Carlisle apologized for calling one of his star players, who’s being paid $46 million, “fat”. Carlisle issued the following statement:

It was unfair and inappropriate to single out Chandler Parsons after the game Friday night. I have apologized to him and the entire team for this error in judgment. Not only is Chandler Parsons one of our best players, he is also one of our hardest working players and the kind of high-character person we strive to bring to our city and franchise.

I also made it clear to our players and staff this morning that this type of bad example is not acceptable and beneath the dignity of a championship organization like the Dallas Mavericks.

So there, a potentially embarrassing feud ends! All’s well that ends well between the cage coach and one of his star players! Anyhoo, here are more peekabo photos of Chandler Parsons underwear. Too bad we ain’t seeing the whole thing, no? 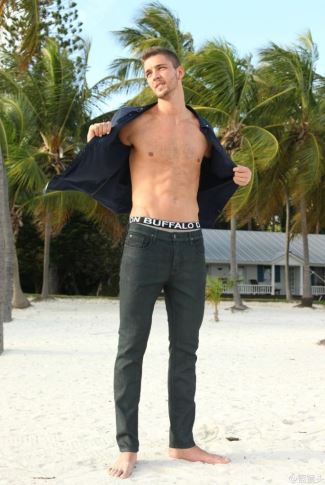 Chandler is a celebrity spokesmodel for Buffalo David Bitton. The lucky girl in the pic is Brazilian model Ashley Sky. 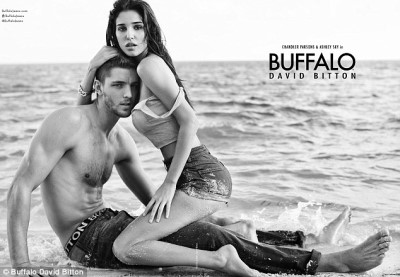 Aww. How cute is Chandler in his red short shorts?