We sure understand how a woman would fall for him.

Ko Young-tae Gigolo – Host Bar Worker. According to media reports, Ko Young-tae and Choi Soon-sil met years ago at a host bar in Gangnam district. What exactly is a host bar, you ask? Well, its apparently a place where women of a certain age meet younger dudes.

A host bar is an establishment where female customers are served by male hosts who engage in conversation as well as sometimes barter for sexual services.

The SCMP also has more details about the Ko Young-tae and Choi Soon-sil relationship:

The two are believed to have met and become close at one such host bar, around 2006. “Ko made a lot of money with his good looks,” said an unnamed man who introduced himself as Ko’s co-worker at the bar in a news show on Christian Broadcasting Service (CBS) Radio, on Friday.

“I assume that Choi was one of Ko’s close customers as they are on friendly terms with each other despite the 20-year age gap between them,” he said.

Our Ko Young Tae is ten years older now but he is still looking good. We won’t hesitate hitting it during some days we’re craving for a daddy. Hehe. Anyhoo, here are the most recent pics of our Ko which were taken after he testified before a government investigation. 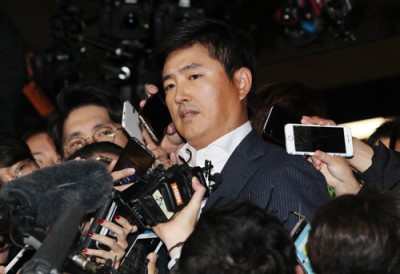 Now, Ko Young-tae must have ended his days as a gigolo because Korean media reports are also saying that he runs an accessory brand called Villomillo.


Villomillo gained much following when South Korean President Park Geun-hye was seen with one of the brand’s bags. 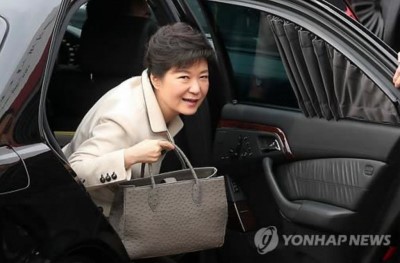 Oh, we almost forgot to mention that our businessman boytoy is also a bemedalled athlete. He boasts of a gold medal from the 1998 Bangkok Asian Games for the team sabre event. Unfortunately, we can’t find a photo of our lover boy in his fencing outfit.